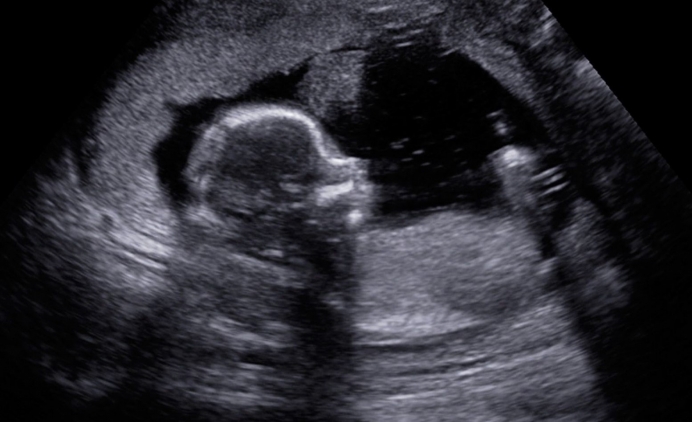 Abortion apologists sue to quash APR informed consent, mom with healthy baby “so glad she could reverse the pills”

Abortion backers made good on their threat to sue the state of Indiana over a law ensuring informed consent on abortion pill reversal (APR) for women seeking chemical abortion, but one mom who successfully reversed her chemical abortion is grateful for her child and told Indiana lawmakers so.

Indiana Gov. Eric Holcomb (R) signed HB 1577/HEA 1577 into law Apr. 29 after the bill made its way through the state’s legislature earlier this spring. The law requires doctors that provide abortion to notify women pursuing chemical abortion that it may be possible to reverse the abortion drug’s effects should they change their mind before taking the second set of drugs. It is set to go into effect on July 1, 2021.

Planned Parenthood said it would sue to block the law, and did so Tuesday, along with several other abortion suppliers. The complaint also challenges a provision of HEA 1577 banning telemed chemical abortions.

The abortion giant’s petition argues that, “There is no credible or reliable scientific evidence,” for the abortion pill reversal protocol, despite the fact that statistics show more than 2,000 lives and counting have been saved thanks to APR, according to the Abortion Pill Rescue® Network (APRN).

Planned Parenthood and the others also argue against informed consent for APR in their lawsuit, arguing that women will have abortions thinking they can later reverse them. That chemical abortion can be reversed, they say, is “a bogus claim that may lead some patients to have an abortion based on the mistaken belief that they can later undo its effects.”

But Daysha, a mom whose chemical abortion was reversed with the APR protocol, and who gave birth to her son in just the last two months, was among those who testified before Indiana lawmakers about the success of APR as the law was being considered.

Daysha held her baby alongside another woman as the woman read Daysha’s written testimony for legislators.

“They told me I couldn’t stop it and that I had to take the rest of the pills or I would bleed a lot,” her proxy stated in a Fox 59 news report, with Daysha by her side.

Daysha was desperate after she took the abortion pill, and searched the internet for something she could do, finding abortion pill reversal.

She would then be connected through the APRN to a doctor who administered the APR treatment.

Her experience mirrors that of many APR moms who have been served by the network, experiencing immediate regret upon taking the abortion pill, performing an internet search for answers, and finding the APRN.

Chemical abortion, also known as medical or medication abortion, is a two-drug process. The first drug, mifepristone, destabilizes a woman’s pregnancy. The second drug, misoprostol, taken a day or so after the first, causes the mother to go into labor and deliver her deceased child.

APR is an updated application of a treatment used for decades to prevent miscarriage. It is often maligned by abortion supporters and promoters, with the help of an abortion-supportive media.

The protocol involves prescribing progesterone, the natural hormone in a woman’s body that sustains pregnancy, to counter the mifepristone. If a pregnant mom regrets starting a chemical abortion and acts soon enough after taking that first abortion drug, she may be able to save her unborn child.

A 2018 peer-reviewed study showed up to 64%-68% of the pregnancies were saved through abortion pill reversal. The study also showed there was no increase in birth defects with the treatment and a lower preterm delivery rate than the general population as well.

Daysha had her son in March.

Tweet This: "He’s healthy. I’m so glad I had him. I made a mistake, and I am so glad I could reverse the pills” - APR mom

Dr. Christina Francis, board-certified OB-GYN practicing in Fort Wayne, Indiana, had also testified in favor of HB 1577 as it was being considered and some of her comments were included in the Fox 59 report.

Francis, chair of the Board for the American Association of Pro-Life Obstetricians and Gynecologists (AAPLOG), board member of Indiana Right to Life and a provider for the APRN, feels compelled to counter the misinformation about APR that is regularly put out by the abortion industry.

She told Indiana lawmakers women deserved to know about APR if they are truly going to make an informed decision.

“It would be dishonest and cruel not to make this information available to them,” Francis said. “If we truly care about women being able to make informed choices this should include knowing there’s an option if they change their mind.”

Indiana Right to Life President Mike Fichter was not shocked that Planned Parenthood and the other abortion entities are going after the APR informed consent law.

Christa Brown, director of Medical Impact for Heartbeat International, which oversees the APRN, praised Daysha for sharing her APR story.

“Daysha did a great job expressing gratitude for her reversal,” Brown said.

Brown said the true heroes of the APRN “are the 2,000 moms who often stand up to personal criticism and much adversity in order to save the lives of their pre-born children.”

“Women in crisis often feel as though abortion is their only choice as they face heavy challenges,” she said. “However, after taking the first medication, many realize they might want to continue their pregnancies and contact us desperate to know if there is still hope.”

The 24/7 APRN hotline receives roughly 150 calls each month from women seeking more information about reversing their in-progress abortions,” Brown said, “And we have seen the abortion pill protocol work time after time - 2,000 beautiful babies and thankful mamas... and counting.”