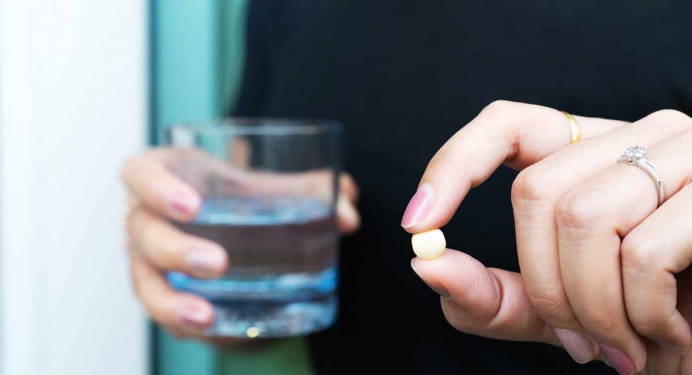 (National Right to Life) No matter how many times we contemplated the awfulness of what a Biden-Harris administration would usher in, we could not fully appreciate its ghastliness until it actually begins to unfold. To name a few that we’ve written about already….

Beginning with a slew of pro-abortion appointments; the impending reversal of pro-life President Trump’s “Protect Life Rule”; the attempt to resuscitate the pro-abortion Equal Rights Amendment; and the abortion militant Xavier Becerra’s confirmation as the Secretary of HHS. But, alas, there’s more.

Over the weekend POLITICO reported about the ramping up of the campaign to legitimatize dangerous at-home (“Do-It-Yourself”) chemical abortions.

Tweet This: The abortion industry and Congressional Democrats are ramping up their campaign to legitimize dangerous at-home (“DIY”) chemical abortions.

Under the subhead “Pressure mounts on Biden to approve telemedicine for the use of abortion pills,” Alice Miranda Ollstein and Darius Tahir write about how abortion activists have exploited the COVID 19 pandemic to attempt to ease—actually erase—protective limitations installed by the FDA.

Pro-abortion President Joe Biden pretends he is concerned with “depoliticizing” the FDA at the very time these House pro-abortionists and the Abortion Industry seek exactly that: a political decision to gut FDA regulations to protect women.

Biden may soon be forced to make a decision. A federal appeals court is hearing a challenge to the Trump administration’s decision to keep the FDA’s in-person dispensing requirement for the pills in place during the pandemic, and Biden’s DOJ [Department of Justice] must tell them by April 7 whether or not it plans to keep enforcing those rules.

We asked our in-house expert about the background to all this. Here is what Dr. Randall K. O’Bannon, NRLC’s Director of Education & Research said:

It’s what we warned people about before the election. No matter how “moderate” people hoped the Biden-Harris ticket would be, their election meant that committed abortion-on-demand advocates were going to be elevated to positions of power, and they were going to push and fund and expand abortion in the U.S. and abroad.

In March 2020, then-California Attorney General [now HHS Secretary] Xavier Becerra sent his letter to HHS and the FDA, purportedly for the sake of temporarily removing the in-person requirement for prescribers dispensing the abortion drugs. He later filed an amicus brief in a court case challenging the FDA’s REMS regulations.

Yet now, with the pandemic finally starting to wane and Becerra heading HHS, abortion advocates are still pursuing this effort to have the FDA drop the very same requirements the FDA has long deemed critical to women’s safety. Clearly, the aim is not a temporary relaxation of the REMS, but their permanent cancellation.

This proves once again how that “women’s health” was never the aim of these ardent abortion activists. They continue to advertise these chemical abortions as safe and simple, ignoring the two dozen or so patients who have died after taking these drugs and the thousands who have been hospitalized with hemorrhages, infections, and ruptures from undetected ectopic pregnancies, countless failed or incomplete abortions.

And that doesn’t even address the hours of terror and agony that nearly every woman who uses these drugs even if they ultimately prove “successful” in aborting their child. For abortion advocates, it is perfectly fine if those women go through this torture, or even encounter their aborted child, all alone, or maybe just have access to some stranger on a telephone hotline, maybe in another state.

Tweet This: Clearly, the aim of abortion advocates is not a temporary relaxation of the FDA's REMS, but their permanent cancellation.

Their circumstances are bad enough under the current system, with about 5% encountering some complication (Upadhyay, Obstetrics & Gynecology, January 2015), but abortion advocates won’t be satisfied until things are much, much worse.

Editor's note: This article was published by National Right to Life News and is reprinted with permission. Heartbeat International manages the Abortion Pill Rescue® Network (APRN) and Pregnancy Help News.