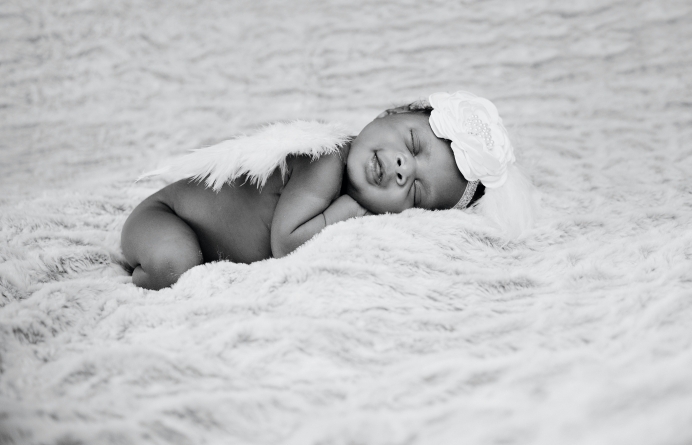 An abortionist’s decision to come to town sparked the dream of providing something better for babies as well as for young men and women in a small Louisiana community. Something better came in the form of a new pregnancy care center, which will have its grand opening soon.

Abortion provider Dr. Rashonda Dean opened a women’s clinic in her hometown of Opelousas in 2018, claiming that she would not perform abortions there since she is not licensed to do so.

However, Dean does perform abortions in two other facilities not far from Opelousas.

Dean had been accused on social media of intending to use the Opelousas clinic to funnel clients to her other clinics for abortions. At an Opelousas Board of Alderman meeting that year Dean denied she would perform abortions at that location.

But there would be nothing to prevent Dean from referring women from her Opelousas clinic to an abortion clinic.

According to Louisiana Right to Life statistics, Dean had performed approximately 15,000 abortions from 2012 – 2017. Executing that many abortions left Opelousas-area residents wondering whether Dean would have time to see patients for anything else.

From concern to action

The opening of a clinic in Opelousas run by an abortionist also caused concern for community volunteer Yvonne Normand, and for Dr. Kathy Allen, Ph.D., State Director of Louisiana Black Advocates for Life.

Allen noted in an email interview that, “Seventy-nine percent of abortion facilities in the U.S. are located in or near a minority community, and here in Louisiana 60% of all abortions every year are obtained by Black women, although Black people comprise only 32% of the state’s population.”

Allen added, “In Louisiana, and many other states, Black people are disproportionately uninsured, or under-insured, and therefore more likely to be targeted by abortion clinics marketing themselves as low-cost healthcare providers.”

Heartbeat International recognized Opelousas as a community that could be the target of abortionists’ tactics, according to Sara Littlefield, Heartbeat’s Life Launch Grant Specialist. The grant supports new pregnancy help center start-ups with training, resources and matching grants - focusing on providing pregnancy help in under-served communities.

When Normand heard about the abortionist opening a women’s clinic, she thought, “We can’t just sit back on this.”

As coordinator of the Opelousas Ministerial Alliance, she took action and brought together some local pastors. Ten to 12 ministers attended the first meeting, and about 20 came to the second.

In a phone interview Normand told how Stuart Amidon, a pastor at Christ Church Opelousas, attended her meeting and asked, “Why don’t we look at starting [a pregnancy care center] here?”

In a few months they appointed men and women to a board of directors, obtained their 501c3 papers and were looking for a building.

Through the meetings, Normand was impressed by the enthusiasm of the pastors to start a pregnancy center.

“The spirit of these ministers who are young and have young families – those were the people at the table who really pushed for it and went forward with it,” Normand noted. “These men see the value of life and were so excited. They made sure the work got done.”

Support from the community

The board hired Mika Hernandez, RN, to be executive director of the Opelousas Pregnancy Center. Hernandez is also a doula and lactation consultant. She has been involved in fundraising, program planning, clinic setup, ultrasound training for herself and her team of nurses, and in receiving donations of diapers, clothing and furniture.

“Mika did a great job in finding resources,” Normand noted.

Normand added, “Our location is wonderful – right on Main Street on a property that a church is allowing us to use rent free for a year. Mika has it set up in an attractive way. The building looks great – inviting for young people and relaxed for them to contemplate choices and how they will achieve life for their child.”

Many business and individual supporters have come forward to help.

A nearby Christian school made financial donations, as have families and individuals. A paint store gave free paint. A restaurant donated part of its proceeds from one day of sales. The Diaper Collective of Arcadiana, Louisiana, dropped off diapers. Hernandez reported on the center’s Facebook page, “We have been well-received and found great support in the city of Opelousas.”

Hernandez said via video, “We caught the attention of Heartbeat International,” who came forward with their Life Launch Grant Program.

Littlefield, Heartbeat grant specialist, said that to Heartbeat it was “clear that this center was a great fit for Life Launch. They saw in us a kindred spirit in terms of faith and the working of the Lord in the pregnancy center.”

Littlefield also said, "It was amazing to see the enthusiasm and dedication of the Opelousas Pregnancy Center Leadership Team. We were delighted to hear that they were launching a fundraising campaign to raise $30,000 in 30 days! Upon raising $30,000, Life Launch recipients receive $15,000 in grant funds.”

“I remember receiving that call from Mika,” Littlefield said, “she was excited to share the outstanding news that they had indeed reached their goal, thus unlocking $15,000 in grant funds! What an inspiring start to their center's story! We cannot wait to see where their faithfulness will lead!” 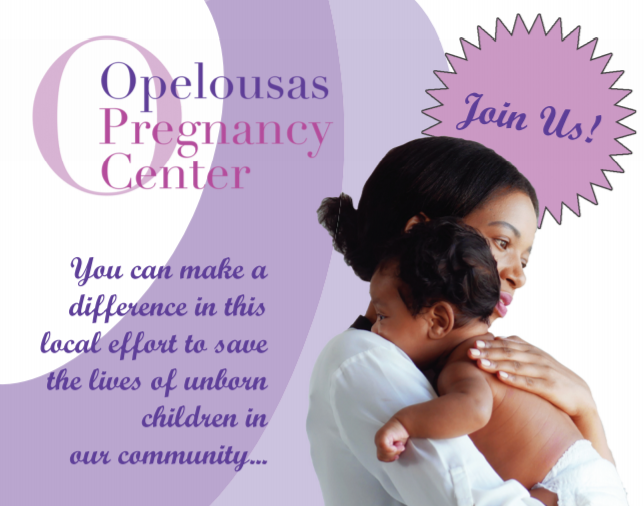 In a Facebook video Hernandez spoke of looking forward to helping women during their pregnancies and “walking through their journey of motherhood to facilitate abundant life for their unborn child.”

Allen said, “I would like to see a greater development of programs within our churches and community groups that recognize the problem of abortion, particularly in the Black community, and the need for healing among women and men who have been involved with abortion. Open dialogue about this issue will reduce the stigma, shame and silence that prevents us from accessing healing programs and resources.”

The Opelousas Pregnancy Center will be a place that offers these healing and healthy resources.

Allen would also like to see, “A life-affirming culture in which women feel valued and protected that can potentially prevent them from viewing abortion clinics as places of help or refuge.”

This type of culture will be promoted by the new pregnancy center.

Of the Opelousas Pregnancy Center, Normand said, “I picture it being the go-to place for young people who make wise choices [and that] they start referring their peers to go to a pregnancy care center before getting actively involved sexually.”

Normand said it would be good to take the help offered by a pregnancy center to “guidance counselors and schools [and that the center could] educate young people and grandparents as they make choices” about life.

An abortionist opening shop in Opelousas could not offer all the free services, love and support that a good pregnancy care center can.

As Allen pointed out, “People who perform abortions often believe they are helping women, [but they] usually don’t concern themselves with the fear that drives many women to an abortion clinic, or the fact that a woman might sometimes be coerced into having an abortion. They are in the business of making money – not protecting the health of a mother or unborn baby.”

Allen went on to say, “Single moms need to know that their community loves and supports them, and that they are valuable in and of themselves, and have value to the community.”

Tweet This: Pregnancy care centers love and support moms in unplanned pregnancy, and show them that they are valuable and have value to the community.

Pregnancy care centers are prepared to do just that, including the Opelousas Pregnancy Center.

In considering what really inspired the beginning of the Opelousas Pregnancy Center, Norman said, “We started with the need to minister to young families and to give families hope so they could choose life.”

Laura Roesler has a degree in English from Hamline University with a second major in nursing from St. Catherine's, both in Saint Paul, MN. She completed volunteer training at New Life Homes and Family Services in Minnesota, coming away with knowledge about abortion and its effects surpassing what she’d gained in nursing school. Laura taught nursing assistants with the Job Corps and worked as a nursing home nurse and a school nurse. She left the workforce for several years to raise her family – she and her husband have four children, adopting their youngest daughter from Guatemala at age three. Laura was the editor of Home Health Aide Digest and later remained a contributor, and she has also had articles in Senior Perspective and The Christian Examiner.