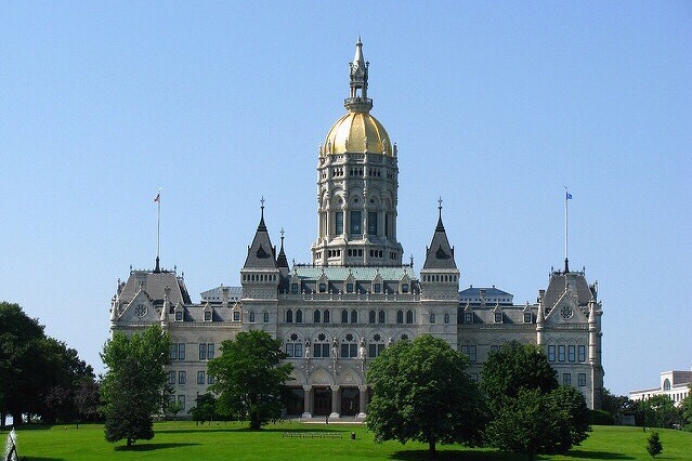 (Live Action News) A bill attacking pro-life pregnancy centers in the state of Connecticut is moving forward after being approved by the Public Health Committee on Friday. The vote was 14 in favor of the bill and 11 against.

HB 7070 – An Act Concerning Deceptive Advertising Practices of Limited Services Pregnancy Centers – seeks to control how pro-life pregnancy centers advertise their services which include free pregnancy tests, free ultrasounds, free parenting classes, and free baby gear, diapers, and clothing. The bill mandates that so-called “limited services” pregnancy centers shall not use “false, misleading or deceptive” advertising. Their services are not limited, however, but rather straight-forward, providing what abortion facilities don’t, including helping women complete their education.

One ad under scrutiny simply states, “Pregnant? Need help?” It was deemed deceptive by the pro-abortion group NARAL Pro-Choice CT, which thinks the advertisement implies that the pregnancy center is a “reproductive health center”—because in their opinion, the only help a woman could need when pregnant is abortion.

In a major conflict of interest, members of the Public Health Committee are closely connected to NARAL Pro-Choice CT, which fabricated evidence when this bill was under consideration last year. The bill failed during that previous legislative session. State Senator Lesser, Vice Chair of the Public Health Committee, won the highest award from NARAL Pro-Choice CT and his wife serves on their Board. Senator Mary Abrams is endorsed by NARAL Pro-Choice CT. This glaring fact was recently pointed out by Christina Bennett, Communications Director for the Family Institute of Connecticut, and Bennett was actually chastised by the committee for bringing the conflict of interest to light.

A similar law in California, which sought to force pregnancy centers to promote abortion, was struck down by the Supreme Court in 2018.

This article was reprinted with permission from Live Action News.