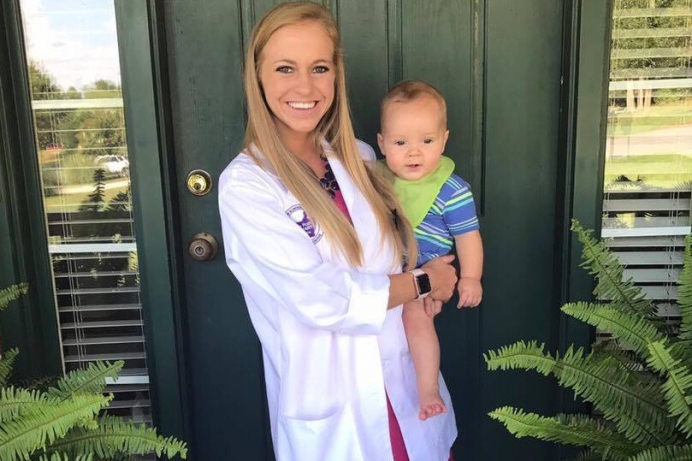 Brittany chose life for her son Noah. Now, she's headed to Washington to share her story with her representatives as part of Heartbeat International's Babies Go to Congress. Photo Courtesy: Hand of Hope Pregnancy Center

When Brittany found out she was pregnant almost three years ago, her first impulse was to have an abortion. A college student in a perilous relationship with her ex-boyfriend, Brittany did not see how she could possibly raise a baby.

But because she chose life instead, this week she and her two-year-old son Noah are headed to Washington D.C. as part of Heartbeat International’s Babies Go to Congress. Once there, Brittany will share her story with lawmakers to promote the work of the pro-life pregnancy help center that empowered her along the way.

Staring at the positive pregnancy test, she and her ex-boyfriend began to cry. Emotions flooded Brittany. “I am only 21 years old,” she thought. “I am still in school. I still have a life that I want to finish before having a child.”

The thought of having an abortion seemed to relieve those feelings—temporarily.

“I would go in, it would be a quick procedure and I’ll never have to think about this pregnancy,” she told herself.

But she wasn’t entirely convinced.

Brittany began doing some research online. She read about the mental health risks associated with abortion, and the details of the lethal procedure itself.

Information she found from the abortion industry chief, Planned Parenthood, described a first-trimester vacuum aspiration abortion as “[using] a small, hand-held suction device or suction machine to gently take the pregnancy tissue out of your uterus.”

“My own definition of this is killing your child,” she said. “There’s no way to sugar coat it; an abortion is a procedure where you terminate the life of your child. If I did this, it would not be a quick fix. This is a life-changing procedure that would haunt me for the rest of my life.”

Tweet This: "[Abortion] is a life-changing procedure that would haunt me for the rest of my life.” - Brittany #BabiesGoToCongress #WhyWeMarch

With her eyes wide open, Brittany went to her ex-boyfriend to explain her new decision.

“He tried changing my mind with the typical concerns people have with an unexpected pregnancy: ‘Our life will be over if you have this baby. We’re still in school. A baby isn’t a part of our plan right now,’” she said.

But Brittany’s mind and heart were made up.

“I stayed firm with my decision,” she said. “God doesn’t make mistakes and I knew there was some reason God decided to get me pregnant before I was ready.”

Finally, her ex suggested the couple visit a pregnancy center to explore their options. The next week, they went to Hand of Hope Pregnancy Center. And that’s where everything fell into place for Brittany.

With two locations in central North Carolina, Hand of Hope has been serving women, men, and children since 2004. As a pregnancy help medical clinic, the center offers pregnancy tests, ultrasounds, and STI testing, all free of charge.

Other free services provided by the clinic include post-abortion support for clients seeking healing after an abortion, and a slew of classes that cover life skills, parenting, cooking, birthing, and labor and delivery. The center also provides material support through donated items such as baby clothing and diapers.

Across the country, thousands pregnancy help centers just like Hand of Hope support women and men during their time of need. In 2017, these centers served nearly two million clients, an estimated community cost savings of $100 million, according to an extensive report from the Charlotte Lozier Institute.

Clients like Brittany and other attendees at this year’s Babies Go to Congress report excellent satisfaction with the life-affirming services they receive at centers like Hand of Hope. Indeed, pregnancy centers have a stunning client satisfaction rate of 99 percent—a rating higher than Netflix, Chipotle, and the iPhone—and are overwhelmingly preferred to abortion facilities by the American public.

“Right when I walked in I felt a sense of relief,” Brittany said, recalling her first trip to the center. “These women were here to help me make the best decision for me.”

During the couple’s options consultation, the counselor shared a Bible verse that resonated with Brittany: “Before I formed you in the womb I knew you, and before you were born I consecrated you; I appointed you a prophet to the nations.” - Jeremiah 1:5

“They assured me that this baby was not a mistake,” she said. “God had planned this baby to come during this period of my life. God had even made plans for the growing baby inside me. God loved me so much that he gave me the amazing gift of a child. He trusted me to be a mother to this baby, whether I planned to be a mother or not.”

Brittany and her ex then went into the ultrasound room where they saw the humanity of their child confirmed yet again.

“The ultrasound screen showed a tiny grey area which was my baby,” she said. “The biggest thing I noticed during this was that inside my baby was a strong heartbeat, flickering on the screen. I was only 6 weeks pregnant at the time. Yes, my baby not yet looked like a baby on the ultrasound screen, but there was a strong heartbeat, that you could easily see, flickering on the screen. That heartbeat of life that God gave me and trusted me to take care of, love, and eventually raise. I saw true love for the first time on that ultrasound screen.”

Tweet This: “I saw true love for the first time on that ultrasound screen.” - Brittany #BabiesGoToCongress #WhyWeMarch

Although the ultrasound was life-changing for Brittany, the luminous image of their child did not have the same effect on her ex.

On the final day of college exams, he and Brittany sat down with his mother.

“I will never forget one of the last things she said to me: ‘If you choose to keep this baby, just know that will be the most selfish thing to do,’” Brittany remembers. “Starting to already fall in love with this growing baby, I was heartbroken.

“Communication between my ex and me ended that day. Reality set in that I’m going to be a single mom. My child may never know who his dad is. But I knew that with my parents’ support, my son Noah would have the necessities and I could give him a good life.”

Determined to do just that, Brittany persisted through the next several months of her pregnancy. Then, on Thanksgiving Day 2016, Brittany’s son Noah made his entrance into the world.

“At 3:24 pm, I met my true love,” she said. “An innocent human being that I had created and had the honor of bringing into the world. I wouldn’t change my decision for anything.” 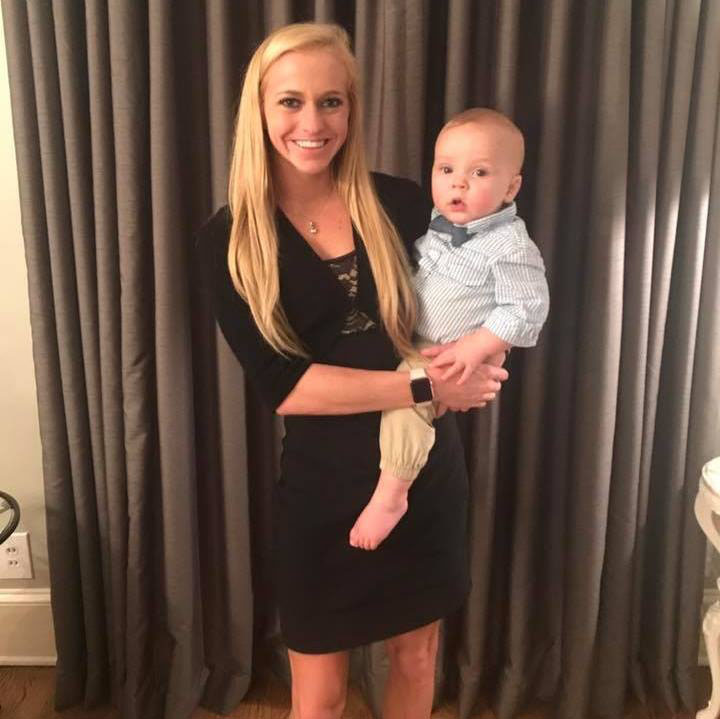 On Thursday, that precious baby will visit the nation’s Capitol with his courageous mother. There, alongside three other mothers and their babies, they will share their story in the hopes of educating their representatives on the life-saving impact of pregnancy help centers.

The event comes just one day before the annual March for Life in Washington, D.C. where hundreds of thousands of pro-lifers will peacefully demonstrate against Roe v. Wade, the Supreme Court decision which legalized abortion through all nine months of pregnancy on January 22, 1973.

Last year, Heartbeat International’s Babies Go to Congress contingency stood with President Donald Trump in the Rose Garden during the first-ever live presidential address to the March for Life. The moment was a historic one for the March for Life, the pregnancy help community, and brave mothers everywhere who have chosen life for their babies.

“This boy has changed my life,” Brittany says. “Having this baby was the best thing that ever happened to me. My child has pushed me to be the best mom I can be. He has pushed me to go back to school in order to give him the best life possible. My plans in attending pharmacy school went as planned.

“I hope my story helps other women out there that may be in the situation I was in. You may feel alone and scared. Remember that God doesn’t make mistakes. A baby is a gift that shouldn’t be taken for granted.”