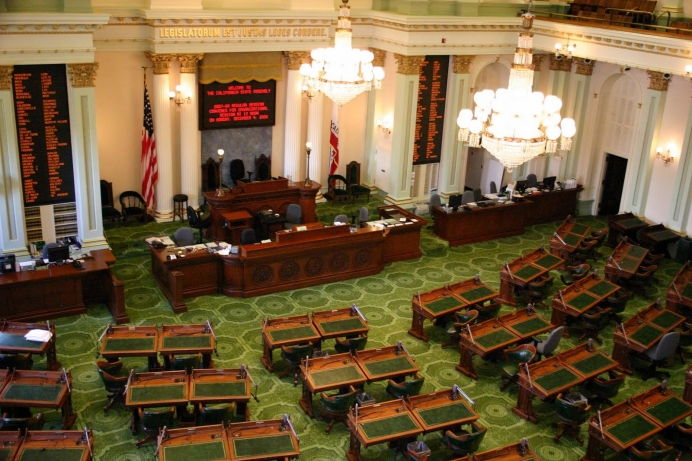 That’s because, even as the bill’s sponsors and co-authors introduce the proposed legislation to fellow members of the Assembly Health Committee, a united contingent of pro-life leaders will take the stand to testify against the bill at a hearing scheduled for Tuesday, April 14, at 1:30 p.m. at Room 4202 at the California State Capitol.

If eventually passed, the bill would compel a pregnancy help organization to advertise and provide written government-specified information to every client, including information on how and where to obtain an abortion.

“The Sacramento Life Center and other Medical Pregnancy Clinics provide a safety net for pregnant California women who do not want to go to an abortion provider for information about their pregnancy,” Sacramento Life Center Executive Director Marie Leatherby said. “Many are undecided, have obstacles to overcome and need resources before they choose. We meet those early pregnancy needs of women facing unplanned pregnancies.”

“We provide accurate and timely information and direct all these women to medical practices within days of their initial visit.”

Alliance Defending Freedom (ADF) is set to lead the bill’s opposition at a national level, with attorney Heather Gebelin Hacker lined up to testify as an expert witness, along with Mary Sterner Sosa M.D., an OB/GYN board member at Sacramento Life Center selected by the California Coalition of Pregnancy Clinics and Centers.

National Institute of Family and Life Advocates (NIFLA), as well as Care Net and Heartbeat International, have collaborated with ADF to oppose the bill at the committee level.

California citizens will also be allowed into the hearing to voice their standing on the bill.

The bill’s language mirrors prior legislation that has been repeatedly struck down as unconstitutional—failing to uphold freedoms guaranteed by the First and Fourteenth Amendments—around the country, including in Maryland, Austin and New York City.

In the most recent case, March 7, 2014, the U.S. Forth Circuit struck down similar legislation in Montgomery County, Maryland, costing taxpayers $375,000. It has since been discovered that the municipality was collaborating with NARAL Pro-Choice America officials, thanks to a Freedom of Information Act request filed by LifeSiteNews.com.

“Surely, legislators in California have more important matters to attend to than carrying the water for Big Abortion, which is exactly what this proposed legislation represents,” Heartbeat International Vice President Jor-El Godsey said. “This is a direct attack on California’s grassroots, non-profit pregnancy help centers. These legislators should instead protect the right of every woman to get the love and care she deserves while she is facing pregnancy.”

Tweet This: "This is a direct attack on California's grassroots, non-profit pregnancy help orgs." @HeartbeatIntl

As it is currently written, the bill would require a pregnancy help organization offering medical services, such as ultrasonography and STD/STI testing, to post and/or disseminate the following information:

Since pregnancy help organizations offering medical services do so without government funding from the state of California, these facilities would also be required to advertise that they are “not licensed as a medical facility by the State of California”—even though the services offered are compliant with state and local medical requirements.

The bill would exempt the state’s abortion facilities, which are licensed as community clinics and receive funding from Medi-Cal and state Family Planning, Access, Care, and Treatment (Family PACT).

To Leatherby and others, the bill’s exemption of abortion facilities from its scope is a telltale sign of its intended goal.

“AB 775 is a ‘Bully Bill’ that discriminates and places an unfair and unreasonable burden upon on only a few ‘licensed covered facilities’ in California,” Leatherby said. “AB 775 singles out some licensed covered facilities who offer pregnant women alternatives to abortion by requiring compelled speech, which is a violation of the non-discrimination rights in California.”

In the lead-up to the hearing, Leatherby and Californians for Life are working to mobilize constituents to voice their concerns at the proceeding, while contacting Committee members to express their convictions prior to the vote.

For more information on the opposition to the bill, including updates and reports, check out www.ab775info.com.