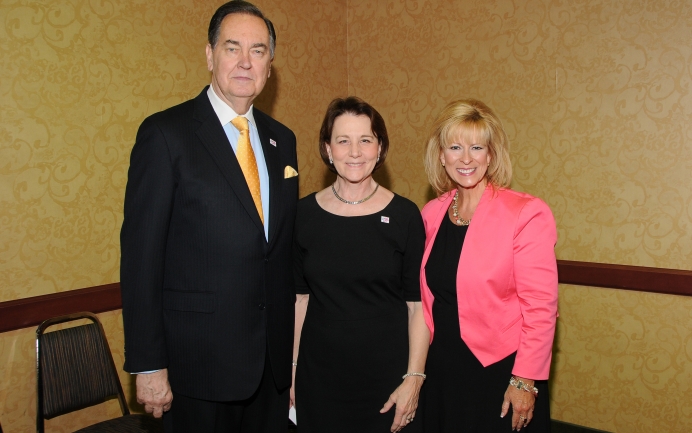 In just 15 years, hundreds of thousands of lives have been touched, and more than 8,000 babies born through the tireless support and grace-filled services offered by Pregnancy Care Center of Springfield, Missouri.

Also present was Senator Bob Dixon, who presented the center with an official Missouri Senate Resolution recognizing its impact on the lives of over 285,000 young people through pregnancy help services and healthy relationship education provided in local schools.

Tweet This: @SpringfieldPCC has served 285K clients, families and students in 15 years.

CEO Cindi Boston has led Pregnancy Care Center since its opening and attributes the ministry’s remarkable progress to “absolute reliance” on God and the community, which has seen its unwavering commitment to women and unborn children become a unifying force among them.

It’s the power of people working together, she said.

“The community wanted to act on unplanned pregnancies, and the pregnancy center gave them a way to get involved,” Boston, who serves on the board of Heartbeat International, said. “Whether through volunteering or praying, from the beginning, we’ve had to rely on people in the community. When we asked, people said ‘yes.’”

What makes Pregnancy Care Center unique is its heavy investment in empowering and equipping fathers affected by an unplanned or crisis pregnancy.

“The original model from pregnancy centers is the woman is the final decision-maker,” Boston said. “But we forgot the male influence. Influencers such as expectant dads and expectant dads’ families – they’re all in crisis."

Boston said a client’s marital status does not affect the level of support she receives from the center because, ultimately, every child needs and deserves to be born into a safe and healthy family environment.

“What we’re seeing here in Springfield is we have to be more comprehensive in our approach, whether they’re married or not, or say they’re together or not,” she said. “It’s a family unit. It’s not just single moms.”

As a result, the center’s 417Dads fatherhood program was born.

Steve Proffitt, director of fatherhood and education for Pregnancy Care Center, is a licensed professional counselor who heads up the program. 417Dads is named after the Springfield area code to reflect the community the center serves.

“Our purpose in offering a fatherhood program is to provide an opportunity for new dads to receive accurate, researched and practical information on becoming a father,” Proffitt said. “Our program takes a young father through a journey looking back at his own experience with his father and how life experiences with or without his father have shaped the man he is today. We take some time to discuss the transition from boyhood to manhood.”

In an effort to help protect babies after birth, the program was started eight years ago with the hope of transforming men into safer and more confident dads. Last year, a little over 300 fathers were served through the program, which provides various educational classes and one-on-one coaching.

417Dads offers, in addition to other supporting resources, monthly classes such as 24/7 DAD, Boot Camp for New Dads, and Dr. Dad. Class size is kept to about 8-12 men to allow for more interaction, with a men’s only “man cave” available for meetings and fellowship.

The Dr. Dad class provides instruction on how to maintain a safe environment for children as well as how to respond to emergency medical situations. Boot Camp for New Dads connects “veteran” dads or fathers with children 4-8 months old with “rookie” dads or expectant fathers.

“There is a structured format to Boot Camp, but interaction between rookie and veteran dads is where the real progress is made,” Proffitt said. “After this group, rookie dads report an increased confidence in their ability to parent and take responsibility for their child’s well-being.”

Proffitt believes that through the center’s fatherhood program, they are not only impacting their clients’ partners and children, but society as a whole.

“Statistics are showing a large number of young men in the general population have experienced an absent, disconnected or abusive father and probably a majority of the men we see fall into this category, he said. “We would rather be part of the solution to fatherless children rather than ignore the issue and hope it will go away.”

“If all we do is build [the mother] up, but [the father] is still struggling, that baby is not in a safe environment,” she said.