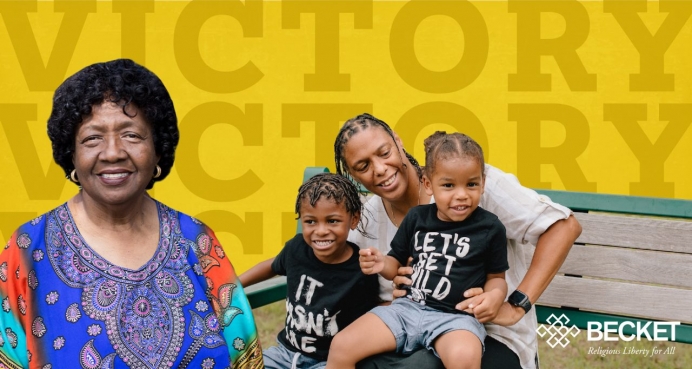 (CNA) The city of Philadelphia will pay Catholic Social Services a $2 million settlement and reinstate their foster care contract after the Supreme Court unanimously found in June that the city had discriminated against the group due to their religious beliefs.

Most of the money will be used to pay Catholic Social Services’ [CSS] legal fees, and CSS will receive $56,000.

As part of the settlement, CSS will be exempt from Philadelphia’s nondiscrimination ordinance, and will receive a contract for $350,000 for foster care. Additionally, CSS will have to state on its website that, while it does not work with same-sex couples, it will refer them to an organization that will.

Ken Gavin, a spokesperson for the Archdiocese of Philadelphia, said the archdiocese was “grateful that our ministries can continue serving those who count on us, especially foster children in need of a loving home.”

The Supreme Court ruled in Fulton v. City of Philadelphia that the city discriminated in ending its contract with Catholic Social Services. The suit was sent back to the appellate court, and the city did not pursue additional legal action. Their settlement agreement was approved by the U.S. District Court on Oct. 1.

According to the Philadelphia Inquirer, the city backed down due to fears of additional constitutional changes.

“Certainly, this was not the outcome we wanted,” Deputy Mayor Cynthia Figueroa told the Inquirer. “But it was clear if we took this further down the road, we could actually open it up for radically changing other existing constitutional law.”

Two foster mothers who worked with CSS, Sharonell Fulton and Toni Simms-Busch, filed suit against the city in 2018 after the contract was canceled.

Part of the settlement reached requires that Philadelphia work with Fulton and Simms-Busch under the new contract.

Tweet This: Catholic Social Svs seeks only 2serve the children of Philadelphia in a manner consistent w/its religious beliefs, not 2impose those beliefs

In March 2018, the city of Philadelphia announced that it was experiencing a shortage of foster families, in part due to the opioid crisis, and put out a call for 300 new families to help accept children.

A few days later, the city announced that it would no longer refer foster children to agencies that would not place them with same-sex couples, including CSS. Prior to that announcement, CSS served about 120 foster children in approximately 100 homes at any given time.

In recent years, faith-based child welfare providers in multiple states including in Massachusetts, Illinois, California, and the District of Columbia, have also been forced to shut down their adoption and foster care services due to their beliefs that children should be placed with a married mother and father.