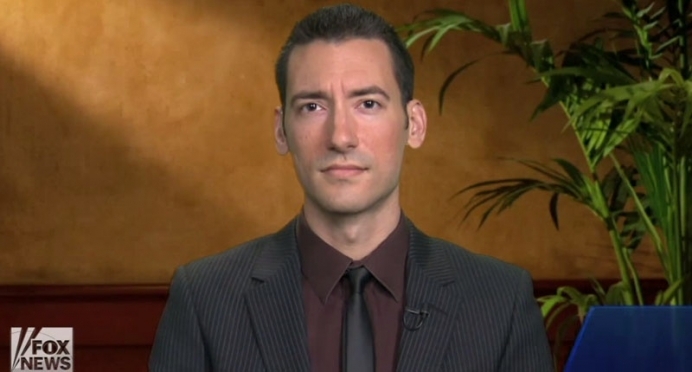 One of the quickest moral tests for a person or a society is what’s tolerated and what’s considered taboo. In California, the state’s attorney general is failing that test with flying colors.

In the Golden State, you can flout federal law in the most gruesome way imaginable and still be tolerated—as long as your name is Planned Parenthood. Expose a practice as foul as selling baby body parts, however, and you’ve crossed the line of “tolerability.”

In an announcement Tuesday afternoon, California indicated 15 felony charges against undercover journalists David Daleiden and Sandra Merritt, whose three-year project blew the cover off Planned Parenthood and others’ clandestine and illegal sale and transfer of body parts it harvests from aborted babies.

Calling the “right to privacy” a “cornerstone of California’s Constitution,” the state’s attorney general, Xavier Becerra went on to state California “[will] not tolerate the criminal recording of confidential conversations.”

What the Golden State will tolerate, however, is Planned Parenthood not only selling the body parts its pulls from the babies it kills in abortion, but—by its own admission—illegally altering its abortion procedures to make sure it delivers a better, more intact “specimen” to its dealers.

Starting in July of 2015, Daleiden and Merritt released the first of an ongoing string of videos they filmed undercover as part of a three-year project investigating Planned Parenthood’s complicity in the illegal trafficking of aborted baby body parts.

Wednesday morning, just hours after California announced its charges against Daleiden and Merritt, their organization, the Center for Medical Progress, released yet another video capturing Planned Parenthood officials engaging in unthinkable criminal activities.

Nucatola was filmed in the Center for Medical Progress’ first release July 14, 2015, openly admitting and discussing in detail Planned Parenthood’s involvement in the illegal harvesting and resale of aborted baby body parts.

Tweet This: #Tolerance: Calif. is fine with breaking the law, as long as your name is #PPAct #ppsellsbabyparts

The Center for Medical Progress’ ongoing releases led to a yearlong investigation by a House panel, which produced a final report Jan. 4, 2017. While making various conflicting statements calling the validity of the videos into question, Planned Parenthood also apologized publicly for its complicity in the criminal activity.

When a Houston, Texas, district attorney was entrusted with convening a grand jury to follow up on the revelations in 2016, she instead indicted Daleiden and Merritt and had them arrested on charges that—amazingly enough—included purchasing fetal organs.

The district attorney, Devon Anderson, later dropped the charges when it became clear that her department was colluding with Planned Parenthood at the time. Anderson, a Republican whose political career was underwritten by Planned Parenthood, then lost her 2016 re-election bid.

Writing at National Review on Wednesday morning, Wesley J. Smith said the new action—which includes a warrant for arrest against Daleiden and Merritt—“crosses the border of legitimate law enforcement to using the law as a weapon of power.”

Tweet This: #Tolerance may soon land @daviddaleiden, other #prolife activists in jail. #ppsellsbabyparts

While the law is likely headed to the U.S. Supreme Court on grounds that it violates the First Amendment rights of free speech and free religious expression of pro-life Californians, it’s also served as a template for other states, including Hawaii, where Nucatola’s Planned Parenthood affiliate is pushing a virtually identical law.

If California legislators and prosecutors have their way, they may need to create more room in their already-overcrowded prisons. Not to make space for the criminals in the abortion industry, however, but for the pro-lifers who expose and oppose them.

How’s that for tolerance?