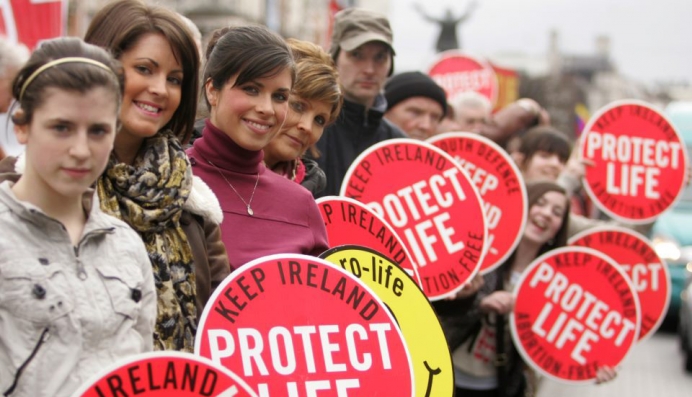 Doctor and His Colleagues Won’t Abort Babies: “We Will Not be Bullied Into Performing Abortions”

DUBLIN, IRELAND - Killing is not medicine and doctors will not be bullied into aborting unborn babies, an Irish OB-GYN said Saturday in Dublin.

Dr. Trevor Hayes, an obstetrician at St. Luke’s Hospital in Kilkenny, spoke at the All-Ireland Rally for Life where about 10,000 pro-lifers peacefully marched in support of life, Kilkenny Now reports.

“Abortion is not life-saving. It’s life-ending. It’s not health care, and no amount of spin can make it health care,” Hayes told the crowd.

Ireland’s new abortion law, which was rammed through parliament in December, allows abortions for any reason up to 12 weeks of pregnancy and up to six months in a wide variety of circumstances. It also forces taxpayers to pay for abortions and forces Catholic hospitals to provide them. The new law strictly limits conscience protections for medical professionals, and hundreds of doctors and nurses fear being forced to help abort unborn babies or lose their jobs.

In June, Hayes and three other OB-GYNs at St. Luke’s took a stand against the government. In a letter to general practitioners in their area, they said they “decided unanimously” not to perform abortions at their hospital.

"I got into medicine to help women and babies, .....I will not be forced to take part in abortions" Dr Trevor Hayes #RallyForLife #WeStandforLife pic.twitter.com/IGkEWTB9hw

Hayes said pro-abortion political leaders will create a major health crisis if they bully medical professionals into performing abortions, because many will quit rather than kill an unborn child, according to the report.