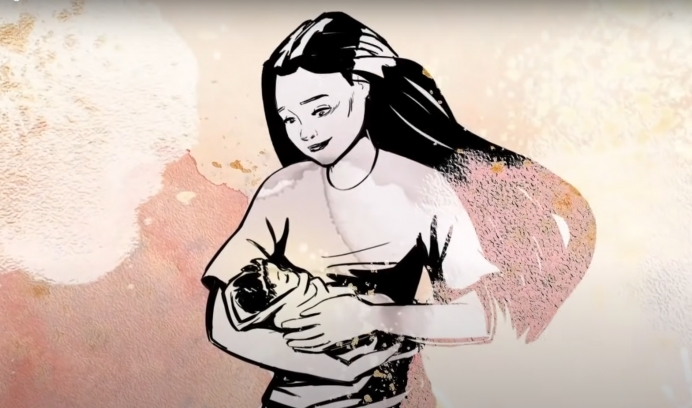 “Fight for your baby, you’ve got what it takes, we’ll help you;” new video

A potent video calling women to rise above the fear that can come with unplanned pregnancy has garnered significant traffic and affirmation on social media.

The “So, Your Pregnant” video from Choice42 had more than 180K views on Facebook over the Memorial Day weekend despite the holiday, according to the group’s press statement, with 100K views in less than 12 hours and thousands of shares. At press time the Facebook views were at 211K and more than 24K had viewed the video on YouTube.

Choice42 is a pro-life non-profit out of Canada that educates on abortion via videos, social and other media. The group said it connects online with abortion-minded women to help them to cancel their abortion appointments.

“With the help of our supporters,” it states, “we are able to provide emotional and practical support to women to empower them to choose life.”

The Choice42 name denotes that the choice a pregnant woman makes affects both her and her unborn child.

“It’s your choice,” the group’s website says. “But know that you are making a choice for two.”

Choice42 works to connect pregnant moms with the resources they need to choose life, helps them connect on social media, it has raised funds for moms in need and sponsored Christmas gift registries for moms affected by joblessness, homelessness, abuse, drug addiction, and sex trafficking.

The group’s videos can be humorous, often employing satire or parody.

The latest video, though animated, is serious and depicts a young woman distraught at learning she is pregnant. Choice42’s PR contact termed the video “controversial.” The video says those who push the young woman to abort are suggesting she murder her own baby.

The young woman is exhorted not to give in to the pressure from others to abort.

“You’re the only one who can protect this child,” the narrator states. “You. And you’re not alone. Not by a long shot. Fight for your baby; and reach to for help if you need it. We’ll help you. Choose your baby; you’ve got what it takes. You won’t regret it.”

Tweet This: “You’re the only one who can protect this child. And you’re not alone. We’ll help you. Choose your baby. You won’t regret it."

Many responses to the new Choice42 video were affirmative, with a few negative comebacks.

But several positive responses were from moms who had chosen life, and they were grateful for the message.

“Wow, makes me feel like Wonder Woman,” one commented.

I made that choice at 40 years old. And it cost me my marriage, my job, my home, practically everything. My counselor, my attorney and my doctor all suggested an abortion. Have a baby when your life more settled. A ton of social pressure to not have the baby. Not welcome in any corner of my life.

I chose life for him. My situation was not his fault, could not make him pay the ultimate price for my decisions.

18 years later he is an awesome man and I have never regretted my choice. In fact, that right choice started a series of more. No more flapping in the wind. All those other people, all those other things.... turns out I didn’t need them anyway.

There is a story for everyone.

28 years ago, as a teenager, I made the decision to keep my baby girl. Lots of people talked to me about my options… some even went to great lengths to tell me how I was not equipped and naïve. I’m so glad I didn’t listen to any of them. It was hands down the best and most courageous decision of my life.

“Because of you guys, I have given my son a fighting chance to survive ,” commented one mom. “I’m so grateful for what you guys have done. Thank you so very much .”

“This is just beautiful!” exclaimed another mom. “I struggled financially but I'll never ever regret choosing my babies!”

Editor’s note: Pregnancy Help News is managed by Heartbeat International. PHN and Heartbeat recognize the many factors that can make a women feel she has no choice but to abort. Heartbeat has worked for 50 years to equip pregnancy help organizations - pregnancy help centers and medical clinics, maternity homes, and non-profit adoption agencies – to support women and families facing unplanned pregnancy, including serving women and men in need of post-abortion care.