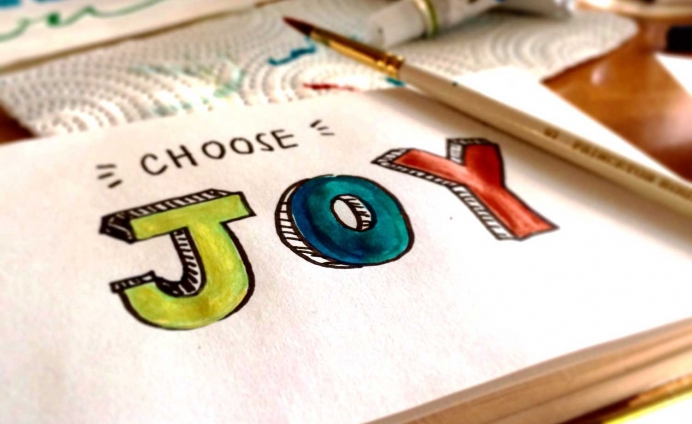 Go Out There and Give ‘Em Heaven

My friend Bob Foust, executive director at The Pregnancy Resource Center in Pelham, AL, will sometimes say as we log off on a call, “Give ‘em Heaven today.” I get it. You get it. But it’s a different perspective from what we often hear, isn’t it?

Because the world around us so often wants to create battles to fight, to imagine everything must be a confrontation and a fierce debate.

An example? I didn’t watch The Tony Awards—honoring Broadway’s top productions—on Sunday night, but I read about them. The pregnancy help community didn’t win any favor at the event, but Planned Parenthood was a winner as many recipients and on-stage presenters wore pins in honor of the abortion giant.

For instance, Rachel Sussman, who produced What the Constitution Means to Me, told reporters abortion was a major topic in her play, and presented a Planned Parenthood pin to The Hollywood Reporter’s on-scene journalist. “It feels like an important moment to take a stand on this issue,” she said.

Oh. I thought an awards night was to celebrate outstanding achievements. My bad.

But of course, the Tony Awards, the Grammys, the Academy Awards—they’re mere stages for grand political gestures, where celebrities tell us what to believe, rail against presidents, rage about faux “injustices.” It’s why more of us tune out every year.

Contrast these awards shows with the K-Love Fan Awards, which I and the lovely Jennifer attended a week earlier. Funny that K-Love’s awards show aired a week later at the same time as the Tonys.

For Jenn and I, the evening was a blast. We sat close to the front because our neighbor directed the event for TBN. He took me backstage, through the “green rooms” and into the production truck—which was as cool as anything to me.

But more illuminating was sitting in the audience, watching how these performers relate to fans. Luke Smallbone of For King and Country told the story of leaving a tour and coming back to Nashville when his wife Courtney called and said, “I can’t stop taking these pills. I need them.” They fought together through her struggle and their song "Burn the Ships" is a testament to her bravery.

Transparency, Luke told the audience, is one of the keys to revival. He’s right.

Tweet This: Transparency, @lukesmallbone told the audience, is one of the keys to revival. He’s right.

Darren Mulligan, lead singer of We Are Messengers, won Breakout Single of the Year with "Maybe It’s Okay." Instead of making the award about him and his band, he chose to dedicate the award to a fan he and his family got close to—who took her life. Transparency. Openness.

When "Unplanned" won Impact Movie of the Year, actress Ashley Bratcher—who played the lead role of Abby Johnson—could have made a political statement. She didn’t. Instead, she pointed to the power of the movie, exclaiming, “Babies are being saved!” Good news. No anger. No protest.

It’s interesting because at the Tony Awards, talented people used what could have been a night of joy and used it for subtle protest and political posturing. KLove’s night gave us talented artists opening their hearts, sharing pain, joy, and triumph.

Like the Tonys, KLove seated its nominees and special award winners near the front. I get it. Less time running up and down from the stage. Yet at KLove’s show, there was no separation or special treatment. Goodness, Rebecca St. James was right in front of me, which meant when we all sang together, I couldn’t be too loud. I didn’t want to intimidate her with my fabulous voice.

And afterward, I doubt any award show could compete with the access fans had to their favorites.

When Matthew West and Mandisa said goodnight at the KLove Fan Awards, dozens of attendees—regular folks like us--came down front, mingling and snapping pictures with those who had been on stage just moments before.

The better news? The award winners and performers hung out with fans, visiting as if they were all old friends.

Seeing the contrast between how Hollywood (or Broadway) acknowledges achievements and the way the Christian community does the same is a teachable moment for me, and for all of us in the pregnancy help community.

The abortion industry and its allies believe it’s time to take up arms and “Give ‘em hell.” Fine. Keep up the anger, the protests, the hijacking of what were once celebrations to turn them into platforms for political and social demagoguery. Good luck with that. No matter how much griping and complaining they do, their industry is crumbling.

Us? We’ll stick with faith, hope, love. Stuff like that. Our ministries, and our allies like Ashley Bratcher, will focus on loving moms and dads, and babies, too. It’s why we smile more. Laugh more. Cry tears of joy . . . more.

Tweet This: Our ministries, and our allies like @_AshleyBratcher, will focus on loving moms and dads, and babies, too. It’s why we smile more.

Oh. In case no one has checked lately, we’re winning. That’s something to smile about, too. Because every day is a great day to “Give ‘em Heaven.” 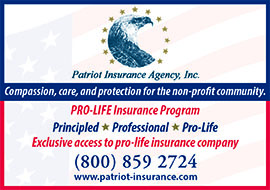