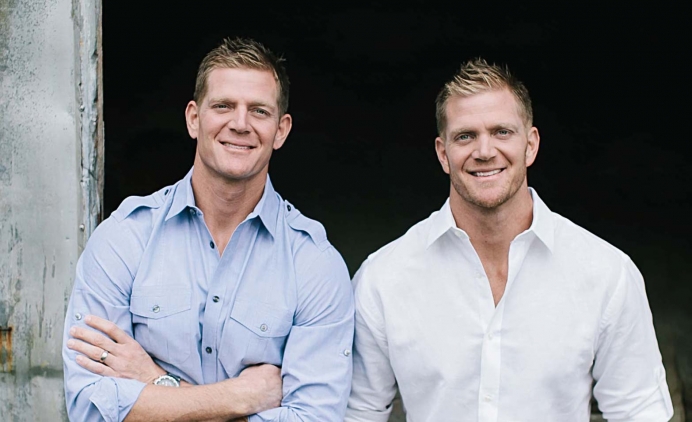 If anyone knows what it’s like to walk in the shoes of HGTV’s “Fixer Upper” hosts Chip and Joanna Gaines, it’s David and Jason Benham.

The Gaines family is under fire after BuzzFeed and Cosmopolitan guessed that the couple might—hence the word choice “guessed” rather than “reported”—believe what virtually every Christian has ever believed and still continues to believe about homosexuality.

Basing their guess on the Gaines’ membership in a local church whose pastor and statement of faith adheres to the biblical view that homosexuality is inherently sinful, BuzzFeed’s Kate Aurthur and Cosmopolitan’s Gini Mei both failed to point out the painful irony that the same could be said of confessing Catholics such as Joe Biden, Nancy Pelosi and Tim Kaine.

The story is all too familiar for the Benhams, twin brothers whose house-flipping show was grounded by HGTV in 2014 following revelations that they believed the biblical teaching about homosexuality.

The Benham Brothers posted their support for the Gaines’ in a Facebook video Wednesday, calling them a “wonderful family.”

“Chip and Joanna Gaines aren’t anti-anybody,” David Benham said in the video. “They’re pro-Bible, they’re pro-people, they’re pro-Jesus. What’s happening right now is a witch-hunt. This bully mafia agenda wants to… bully this family into submission and to force belief upon them, and we’ve got to push this stuff back.”

After both playing baseball professionally, the Benham Brothers had a contract with HGTV for a show, “Flip It Forward,” before running head-on into the intolerance of the left. The death-knell for their show came after the radically pro-abortion and avowedly anti-Christian website Right Wing Watch declared them “anti-gay, anti-choice extremists in May of 2014.

Shortly thereafter, HGTV cancelled their show, marking an end to their reality TV careers, but also the acceleration of their public career advocating biblical values in the public square.

Co-authors of two books, “Whatever the Cost” and “Living Among Lions,” the brothers are slated to keynote the 2017 annual conference for Heartbeat International, which will draw 1,000 leaders in the pro-life pregnancy help community to Chicago April 19-21.

The brothers’ stouthearted stance for Christian beliefs comes at a perfect time for attendees at the conference—particularly those in Illinois and California, whose states have declared open hostility to their nonprofit work with laws forcing them to refer clients for abortions in violation of their deeply held religious convictions.

“I’m amazed at God’s timing in bringing us the Benham Brothers, as well as so many strong voices at our upcoming conference,” Betty McDowell, Heartbeat’s senior director of ministry services, said. “Their story in particular is so relevant to the challenges many of our affiliates are facing from the lawmakers in their own states.”

The list is also highlighted by ob-gyn Dr. William Lile, who purchased a Florida abortion clinic in order to shut it down and has since become an outspoken advocate and educator, and Jill Stanek, a former labor and delivery nurse who turned into a whistleblower after discovering babies were being born alive and left to die at the Illinois hospital where she worked.

With registration opening Thursday, McDowell anticipates that Heartbeat’s 46th annual conference will have a unique impact on the work of the nation’s 2,645 pregnancy help locations, as well as globally.

“We have always said, at Heartbeat, that our strength is in our people—those on the ground serving women and families every day,” McDowell said. “The upcoming conference is going to be a showcase of that reality, as well as a time to grow and gain the encouragement each of us needs to do the work God has called us into.”

Click here to find out more about Heartbeat International’s conference.

Click here to watch the Benham Brothers' response to the BuzzFeed and Cosmopolitan articles.