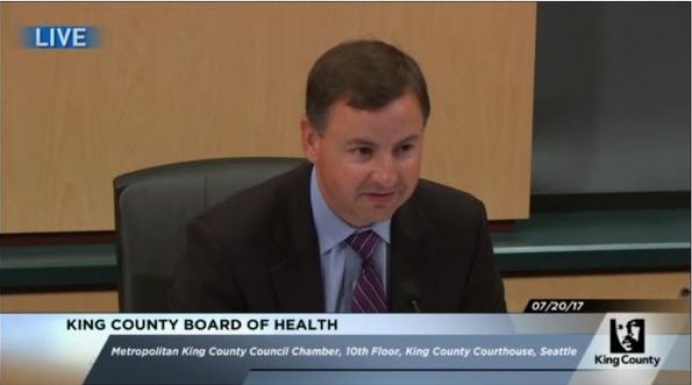 In the past year, Care Net of Puget Sound—a state-licensed medical provider based in Seattle—contributed over $6 million worth of services to its community at zero cost to taxpayers.

Starting Thursday, however, Care Net and other pro-life centers in the area will be forced to post a false statement in their waiting rooms, online and in all advertising materials.

The false statement, which must be posted in a total of 10 languages, was approved Thursday by an unelected panel of the King County Board of Health. It must read, “This facility is not a health care facility” in 48-point font.

Despite Care Net’s clear medical nature—the organization offers ultrasounds and free STD/STI testing at no cost to clients or taxpayers—the new distinction from King County’s Board of Health has everything to do with what they don’t offer: abortion.

“What it gets down to is, ‘Well, you're no longer considered a health care facility unless you provide or refer for abortion, provide or refer for birth control,’” Kim Triller, Care Net’s executive director said. “But, how do they determine that, when the state law says that we are? And, who are they, without even knowing who a center is, going to determine what a Health Center is, or health care facility is or not?”

Triller, who submitted testimony opposing the definition change along with Alliance Defending Freedom legal council Elissa Graves, was one of several life-affirming leaders to come forward in opposition during Thursday’s board meeting.

Although Washington state has tried twice before to push through legislation that would force pregnancy centers like Care Net to post onerous disclaimers as has been the case in California and Hawaii, the Board of Health’s fly-by-night approach is particularly telling.

While no King Board of Health officials have visited pregnancy centers to educate themselves on the subject—and only three board members are medical professionals, including one dentist, an environmental health professor and a health clinic worker—the group relied exclusively on undocumented testimony from pro-abortion groups including NARAL Pro-Choice America and Legal Voice.

When it comes to abortion, Washington state is consistently ranked as the most permissive in the U.S. by both pro-abortion and pro-life groups alike.

The Board of Health’s vote Thursday comes at the tail end of a month where pro-lifers have made major headway fighting state-level attempts to force them into referring for or advertising abortions.

In California, where pro-life pregnancy centers are waiting on the U.S. Supreme Court to take up a challenge to a law that forces them to advertise abortions, a county judge threw out the state Attorney General’s request for a preliminary injunction, allowing a key lawsuit to move forward on First Amendment grounds.

Then, Wednesday, a judge in Illinois granted pregnancy centers, medical clinics and medical professionals a statewide injunction to protect them from a law that would force them to materially refer a patient for abortion while being legally compelled to counsel her as to abortion’s so-called “benefits.”