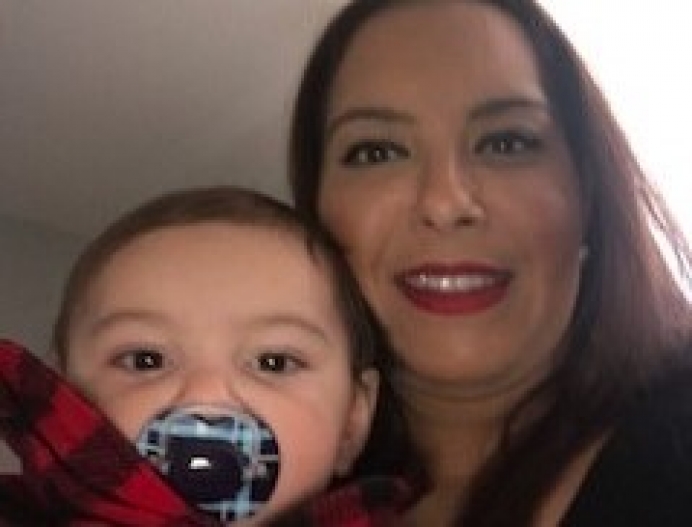 About two years ago, Ari walked into a pregnancy help center (PHC) in California. She didn’t have an appointment, and she was frightened and panicked.

Inside the center - which predominantly serves English-speaking clients - Ari found two staff members ready to help her. Both were fluent in her language, Spanish.

Elvia, office supervisor and client advocate of the Heartbeat International-affiliated PHC, brought Ari back into a private room where she received a pregnancy test and a positive result.

Center staff remembered Ari saying she didn’t know what she was going to do.

The story of what happened next could have been told by the center staff. Ari consented to that. But then, Ari made a different decision.

She wanted to tell her story herself, in her own words.

So, Ari penned her story for Pregnancy Help News. The center staff who met with her that first day then translated her story into English for this article.

She admitted it was difficult to tell her story. Ari started by writing about herself.

Originally from Mexico City, she moved to the United States five years ago seeking a better life. Ari spent her first years in the U. S. alone.

Then she met a man she thought would be her life-long partner.

“But it wasn’t like that,” Ari explained. “We were together, and everything was fine until I got pregnant.”

She remembered the fear and uncertainty of that day.

“It was very, very painful for me,” Ari said, “because I was practically alone in this country, and I felt that I couldn’t handle a baby.”

Christina, center director, tells Pregnancy Help News that even on that first day Ari knew that carrying her baby would likely mean her boyfriend would leave her.

Recalling what happened as she spent time with Elvia that day, Ari said, “we talked a lot, I let it all out, I cried and right there, by talking and praying - everything changed.”

Elvia’s “words made me sensitive to what was happening, she encouraged me to not give up, she gave me her support and above all her understanding,” Ari recollected.

Afterward, the center secured an ultrasound appointment for Ari, where she heard her baby’s heartbeat for the first time. According to Elvia, the ultrasound was instrumental in Ari’s decision to continue the pregnancy and keep her baby.

Ari’s fears were realized when her boyfriend did leave her – pregnant and alone.

Except, she was not alone.

“Beautiful people,” Ari wrote of Christina and Elvia. They “touched my soul and empowered me and my son with security and with much affection.”

Tweet This: Beautiful people, they touched my soul & empowered me & my son with security & with much affection- Mom tells her pregnancy help experience

As the pregnancy progressed, Ari took classes and earned “baby bucks” that she used to obtain items for her baby. The center extended opportunities for Ari, and she accepted them all. Elvia and Christina “always [had] the words and the comfort that my soul [needed],” Ari wrote.

Ari now calls that first-day connection with the center in California, the “work of God…it was no one but Him.”

"Any woman in an unplanned pregnancy is facing a multitude of issues, problems, possibly fears, questions and uncertainties,” Foell said.

“When we are able to come alongside her in her moment of chaos and bring her the calm in her own heart language, be the whisper in her heart language in the middle of the wild, we are offering her God's love and the option for a better alternative,” continued Foell.

Today her son is a “beautiful healthy child, beloved and his name is Izan!” Ari exclaimed in her written testimony.

Though her son is now a one-year-old, Ari has not forgotten what was at stake and what could have been – for herself and the other women served at this center.

“We are infinitely grateful for [the center’s] help, including all the people who make this type of help possible,” Ari wrote, “for without your help we would have many people making the wrong decisions.”

Ari added, “Without you Izan would probably not be with me!”

Tweet This: We are infinitely grateful for the pregnancy center’s help, for without your help we would have many people making the wrong decisions.

“This is a wonderful example of the desire and effort of the pregnancy help movement to ensure that every woman in an unplanned pregnancy is met with love and help so that she can be empowered to make the difficult choice to save her baby,” she said.

Christina, Elvia, and the California PHC continue to support Ari and Izan.

Ari is continually moved by the support she has and continues to receive from the center.

“I’m reminded of that day when I arrived shattered and broken and left sheltered and not feeling alone,” she said.

“It is so curious, every time I go to pick up items for my son, I cry at the thought that I can get things he so needs,” Ari wrote, “my son is provided for, and I cry for all the feelings that move me.”

Ari noted with certainty that the center staff “will always be part of the life of my Izan.”

Sherri Pigue is a pregnancy help client advocate and has served on staff with pregnancy medical clinics in Texas and Virginia, consulting with hundreds of women and men as they make life decisions about their preborn children. Her experience as an advocate has afforded her opportunities to write, speak at events, and impact community awareness. She is a follower of Christ, wife, mom, daughter, sister, and friend.