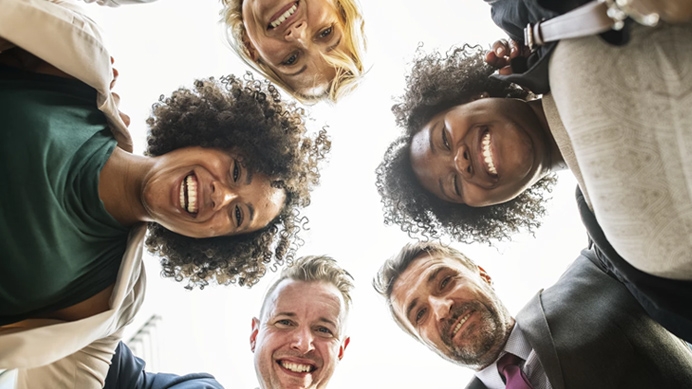 The 1989 song, I’ve Got Friends in Low Places, helped turn Garth Brooks into a country music superstar. The song revolves around a guy who lost his love, mainly because she was high-society and he was most certainly not a part of that crowd.

He finds solace, however, with friends in “low places”—namely bars and local dives—with whom he can find camaraderie.

While I may not subscribe to the lifestyle Brooks espouses in the song, there is some truth here. And, full disclosure, he opened the door for my wife at a restaurant a few years back, so I have to write about him at least once in my lifetime.

But reading Paul’s letter to the Galatians this week, I see that even the greatest apostle mentioned friends in low places—at the expense of those in high places. Paul’s thinking is a lesson to those of us serving in the pregnancy help community.

“Those who were of reputation contributed nothing to me,” Paul wrote (Gal. 2:6). But he goes on to say that guys like James, Peter, and John extended to him and Barnabas “the right hand of Christian fellowship.”

While we remember Peter, James, and John as mighty apostles, they were nobodies to most people of the day...except to those of the faith, who honored them and their commitment to Christ.

Here’s the thing: In fundraising and development we talk a lot about reaching major donors, and we should. In addition, we want to build a credible reputation in our communities. This is vital, too.

But as we do so, let’s actively remember those in our community who are not so noticeable, those who might tell us, “I don’t have a lot to give,” or, “I could never serve in your ministry—I just don’t have that ability.”

Paul was the least likely of all the apostles. In II Corinthians, he points out that some saw his personal appearance as “unimpressive” and his speech “contemptible.” Yet, he wrote a large portion of our New Testament and is one of the most-quoted writers in human history.

As we reach out in our communities then, perhaps we need to ask, “Who are we overlooking?” Are there those who tell us they are the “least” when it comes to financial support? Or that they don’t have the giftings to serve? Perhaps some of these are the exact people whom God wishes to use mightily in our work. We just don’t know.

When someone tells us these things, instead of taking their words at face value, perhaps we should start a conversation. Questions like, “So what began your interest in this work?” or, “What would you like to see this ministry do next?” would be ways to begin an interaction which leads to involvement.

Those who don’t leap out at us with a resume of wealth or obvious talents are often precisely those whom God chooses to powerfully impact our work. Unlike Garth Brooks’ song, they aren’t necessarily from “low places,” but they don’t readily see where they might fit into a mighty work of God.

Tweet This: Those who tell us, “I don’t have a lot to give,” don’t readily see where they might fit into a mighty work of God. @KirkWalden

It’s our job to bring them out through conversations and interactions which open the door to their engagement with our work.

And who knows? Maybe one day we’ll look back at one of the “least likely” among us and realize this was the very person whom God used to take our ministry to places beyond which we could ever dream.