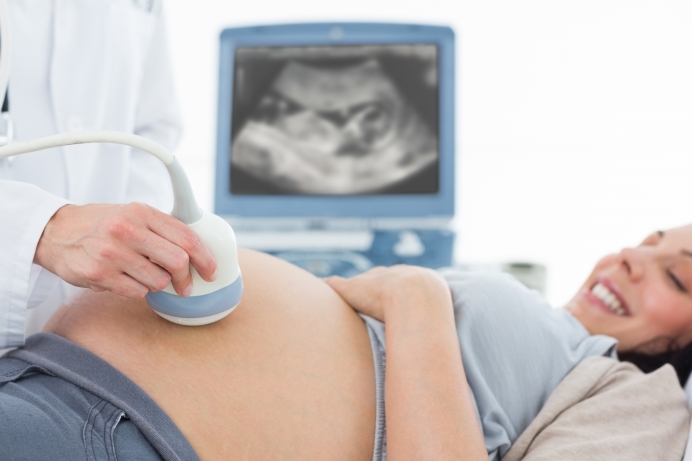 (Live Action) For years, abortion proponents have attempted to undermine the life-affirming work of pregnancy centers through weaponized communication tactics. Pregnancy centers are dedicated to providing pregnant women with the resources they need to feel confident about carrying to term, and this makes them a frequent target of abortion advocates. Groups like #ExposeFakeClinics, for example, will smear pregnancy centers by encouraging their followers to write fake online reviews about their services.

Pro-life pregnancy centers must remain steadfast in their pro-life mission by combating the public image pro-choice activists have crafted around abortion. Abortion advocates have managed to recruit support for their cause by using the power of branding to classify abortion as “healthcare.”  The media has been just one ally abortion advocates have consistently depended on to amplify their message. Lawmakers like Illinois Governor J.B. Pritzker who want to be seen as defenders of women’s reproductive rights have passed radical abortion laws that allow the procedure up to the point of birth.

Tweet This: Pro-life pregnancy centers must remain steadfast in their pro-life mission by combating the public image pro-choice activists have crafted around abortion

The constant hostility pregnancy centers are subjected to means they must be prepared to handle attacks from abortion proponents. This battle for life is ongoing, and pregnancy centers play a crucial role on the front lines by serving women and their families in their time of need. Pregnancy centers standing strong against pro-choice efforts to bring them down represents the unseen struggle to restore a value for life in our current culture.

However, pro-life pregnancy centers must not always be on the defensive when fending off unfounded attacks. Abortion advocates frame themselves as champions of women’s reproductive rights. While these groups promote abortion, pregnancy centers can go on the offensive by focusing on how they provide something of greater value than an abortion clinic.

Highlight the positive reception to their life-affirming services

The critics of pregnancy centers dismiss the positive impact these organizations have on those they serve. A recent report from the Charlotte Lozier Institute (CLI) found pro-life pregnancy centers helped almost 2,000,000 people in 2017 alone by providing them with free resources. Taxpayers also benefit from the presence of pregnancy centers, as their efforts save communities nearly $161 million annually.

Pregnancy centers can publicize the widespread appreciation communities have for them when their opponents try to smear them with falsehoods. 90 percent of the financial support pregnancy centers receive comes from private donations, and the funding given to them on a voluntary basis is a testament to all of the work they do.

In contrast, Planned Parenthood collected over $600 million in taxpayer dollars and committed 345,672 abortions according to their 2018-2019 annual report.

Relationships that go beyond media attention

Assaults on pro-life pregnancy centers may come in the form of unprecedented legislation that forces them to advertise for abortion clinics, or protests inspired by the lies NARAL or Planned Parenthood promote. The key to surviving attacks from abortion advocacy groups is to establish holistic communication. Pregnancy centers must build internal relationships with people who believe in their life-affirming message – donors, staff, and volunteers – without neglecting the importance of external connections.

There’s an opportunity for pregnancy centers to build credibility by establishing trust in their neighborhoods. Planned Parenthood often has to construct their abortion clinics in secret to avoid opposition from communities. This should encourage pregnancy centers to share their compassionate vision with community groups and local media outlets who can positively attest to their services.

Pro-life clinics also would not be able to operate if state legislators who support them did not exist – they must remember to honor these policymakers to secure their continued backing. Since places like Planned Parenthood can rely on lawmakers to advance abortion legislation, pregnancy centers need legislators who will speak on their behalf.

Outreach efforts have proven to be beneficial for pregnancy centers in the past. Consider an incident from 2017 where a number of pro-choice activists gathered to protest a Connecticut pregnancy center. The locals were not persuaded by the lies the group shouted about the center, and they came out in droves to peacefully counter-protest

Pregnancy centers can continue to earn their neighborhood’s trust by employing effective communication strategies in order to establish long-term partnerships. The pro-life movement is up against organizations whose mission it is to convince women that abortion is crucial to their reproductive freedom. By taking the time to network and present a clear brand, pregnancy centers can help women see they deserve better than abortion.

Editor's note: Tom Ciesielka is president of TC Public Relations, an agency that represents pro-life and conservative/Christian organization with media relations, social media strategy and crisis communications services. This article was published at Live Action News and is reprinted with permission.