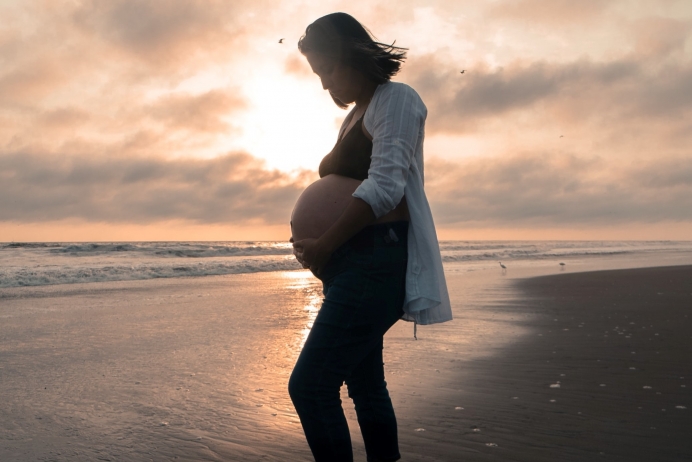 How pro-life work is more epic than you may realize

It sounds like something out of a sci-fi movie, or maybe a bad after-pizza dream.

A pregnant woman who is clothed with the sun, with stars on her head and the moon under her feet, is about to deliver her baby.

Suddenly, a fiery, red dragon with seven heads and 10 horns gets in front of her to try to eat the child as soon as it is born! But the child, a son, is caught up by God and protected until his time to rule.

That scene is right out of the Bible. You can read it in Revelation 12:1-6.

In a March 15 sermon, Southern Baptist Pastor Matt Chandler states that the woman represents Israel, Mary the mother of Jesus, and the Church all at the same time.

In discussing the passage, Chandler remarks on its imagery and symbolism:

“One of the things that happens historically and consistently is when a culture gives itself over to depravity and wickedness, when a culture turns its back on the things of God, women and children suffer the most.”

He goes on to say that Satan hates women and wants to devour our children.

When a friend mentioned this quote to me, I immediately thought of the work done by the pro-life movement.

We are literally undermining the work of the devil every day.

Think about it—what better way to destroy women and devour children than by means of abortion?

Abortion advocates would, of course, disagree with me. They see abortion as a way to empower and liberate women, not destroy them.

I’ve spoken to too many post-abortive women to believe that it’s empowered or liberated them.

Over and over, I’ve seen how abortion throws women into a tailspin and drastically alters their lives for the worse.

But more important than anecdotal evidence, God’s Word reveals to us that He is the Author of Life, that He considers every human life as precious, that we are all made in His image regardless of the circumstances of our conception.

Therefore, abortion is never the solution it promises to be.

Tweet This: Abortion is never the solution it promises to be.

Let’s circle back to the devil so we can recognize the difference between what God wants and what Satan wants when it comes to human beings.

In Genesis Chapter 3, the story of the first human sin unfolds. Satan takes the form of a serpent in order to manipulate Eve into eating the one fruit God has forbidden to the humans.

First, the serpent plants doubt and distrust in Eve’s mind by asking, “Did God really say you can’t eat from any tree in the garden.?”

Notice a couple of things here—first, the devil makes God’s prohibition much broader than it actually is. Then he hints that God is a meanie.

Eve correctly clarifies which trees are allowed or not, but for some reason she adds a stipulation to what God said, “…we may not eat it or touch it, or we will die.”

The serpent assures the woman,

“No, you certainly won’t die…in fact, God knows that when you eat it your eyes will be opened and you will be like God, knowing good and evil.” –Genesis 3:4-5

He plants the thought that God is not only mean—He’s holding out on the humans, deliberately preventing them from something good and desirable.

Eve considers the fruit. It looks delightful to the eye and good to eat, plus she figures it will give her wisdom.

So, she takes some and eats it, and gives some to her husband (who is right there), and he eats it, too.

But once they have both eaten the fruit, everything shifts.

The humans feel shame for the first time. They hide from God, with whom they had enjoyed sweet fellowship until now. When confronted, they blame-shift.

As a result of their decision to trust another voice above God’s, they are sentenced with curses and shut out of the Garden.

The serpent had lied.

Yes, the humans' eyes are opened regarding good and evil, but consider this: they had only known good until that moment.

The knowledge of evil turned out to be not so desirable after all.

The devil still lies to women today. He slithers alongside them, whispering,

Abortion is your best solution. You can have your life back. This choice will empower you.

When a woman does choose abortion, the enemy takes the opportunity to devour another child—and wound another woman.

Recently, a woman who went through post-abortion recovery a few years ago told me, “I am realizing now that all of the difficult stuff I went through in my life ultimately stemmed from the abortion. All of it.”

This woman is eager to minister to other post-abortive women.

Abortion wreaked havoc, but the grace of God brought redemption, hope and healing.

Tweet This: Abortion wreaks havoc, but the grace of God brings redemption, hope and healing.

That grace is available because the seed of the woman—Jesus Christ—struck the head of the serpent by means of His death and resurrection.

As I’ve said before, those in pro-life work are involved in a cosmic battle of epic proportions.

Let’s keep rescuing women and children from the dragon—and let’s keep helping women get their lives back.