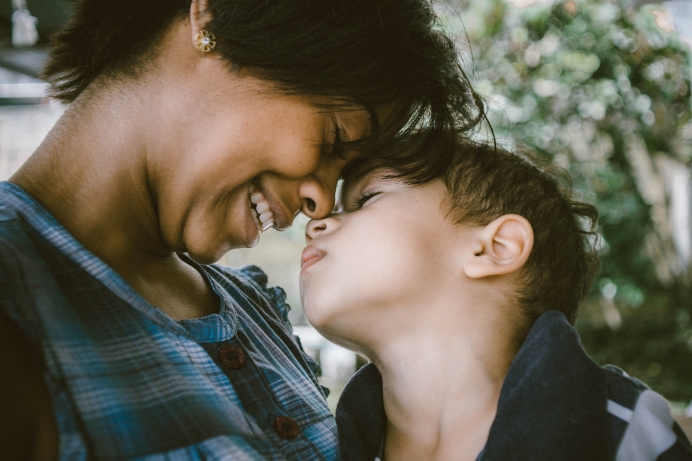 How the loving, rescuing work of prolife ministry affects generations

It was a brutal winter to be outside for any reason, but the young, dark-haired soldier had no choice. He was stuck here with his comrades, fighting a war he hated.

Before his 16th birthday, he’d been drafted—at gunpoint—into Hitler’s army.

He had no desire to fight for the “fatherland.” He just wanted to go home to his mother and sisters, having already lost his father and brother.

Rubbing his hands together in a futile attempt to warm them, he heard a whistling sound and felt a thud.

When the pain he expected didn’t come, he slowly let out his breath and looked down at his uniform. A blunt-nosed metal object stuck out of his overcoat.

In disbelief, he pulled out the bullet.

Then he discovered another one.

And then a third one.

While that young soldier faced death, his mother fervently prayed for him. The bullets that lodged in his overcoat never touched his skin.

God miraculously spared that teen soldier, and I am unspeakably grateful that He did—for that young man was my father.

Had he died in World War II, I wouldn’t be here. Neither would my three sons or my six grandchildren (or the two more arriving in June!).

When one life is spared, so are generations to come.

This is the beauty of pro-life work. Because we believe that human beings each have a role in the grand story of God, we see value in every human life.

God has created a great chain between families, a chain whose links go all the way back to the Garden of Eden.

He works in family lines, constantly either preserving them or restoring them to their intended purpose, which is to bring Him glory.

His overarching mission is to ultimately rescue His entire creation, particularly His most special creation—human beings.

Let this beautiful promise sink in:

“All the ends of the earth will remember and turn to the LORD. All the families of the nations will bow down before you, for kingship belongs to the LORD; he rules the nations…. Their descendants will serve him; the next generation will be told about the Lord. They will come and declare his righteousness; to a people yet to be born they will declare what he has done.” –Psalm 22:27-28; 30-31

“A people yet unborn.”

That is the people group which the pregnancy help community tirelessly works to rescue.

We know there is no price tag which can be attached to a human life, because human beings are priceless.

So, on the one hand, it is doubtless worth every penny and every bit of effort to save just one life. On the other hand, saving one life often leads to saving many more—even generations more.

Some of us have been at this work long enough to experience the joy of seeing that next generation rescued.

A client comes in whose own mother was in a pregnancy crisis while carrying her. She knows where support can be found—and another preborn child, a member of the next generation, is spared from death.

Or a woman commits to volunteering because she herself was rescued a generation ago and she desires to gratefully serve God in this way.

What a sweet reward to see blessing extended to the next generation.

One life spared leads to another life being born.

Then another, and another.

This is a remarkably beautiful chain, the links of which we are called to strengthen. It’s a chain God hates to see broken.

Rest assured—your labor of love is pleasing to the Lord Jesus, who is called the “author of life” (Acts 3:15).

Be assured also that your ministry has far-reaching implications.

When you help rescue one unborn child, you are helping to preserve the next generation of a family, which then makes it possible for the following generation to be born, and so on.

Think of it: your work will last well beyond your lifetime!

Tweet This: When you help rescue 1 unborn child, you help to preserve the next generation of a family - Your work will last well beyond your lifetime!

Because of what you do, more living stories will be told. More players will walk out their part in the grand story of God.

And ultimately, a people yet unborn will declare what God has done.

For the sake of multiple generations, keep up the good work.