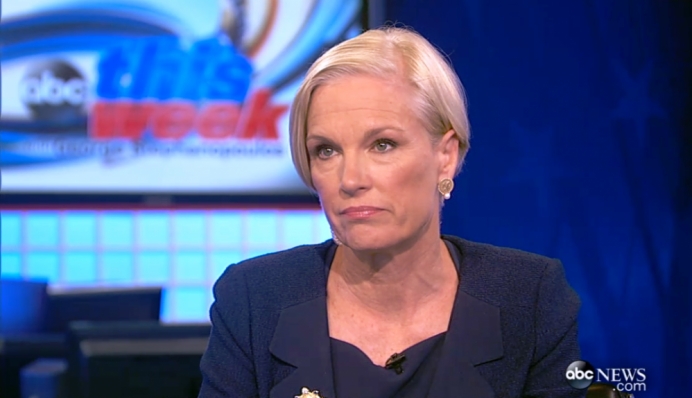 On a journalistic fact-finding mission the other day, I found one of the keys to our future success as pregnancy help ministries . . . from a most unexpected source.

My mission was simple; to take Planned Parenthood’s Annual Report (recently released) and highlight some of its more salient points. It’s an easy task. The abortion giant uses so many euphemisms and is often full of contradictory information. It would be comical if weren't so sad.

But, as I was scrolling through the pages, toward the end of the report are names of Planned Parenthood’s board members, including the new additions. One name popped out: Shonda Rhimes.

If you don’t immediately know her name, you know of her work. Rhimes is creator, head writer and producer of Grey’s Anatomy. And Private Practice. And Scandal. She’s also executive producer of How to Get Away with Murder, Off the Map and The Catch.

On several occasions, Rhimes’ shows introduce abortion. It’s not worth going into every episode, but when Ms. Rhimes shows abortion on TV, it’s in a positive light. Millions watch as Rhimes’ characters frame the abortion debate for us.

It’s not surprising then, that Planned Parenthood wanted Shonda Rhimes on its board. She has money (about $120 million according to some estimates), fame and a perfect medium to display Planned Parenthood’s message. Let’s be honest; Rhimes is a smart choice.

Tweet This: We can raise better leaders than #PlannedParenthood. Let's get after it. #prolife @KirkWalden

The media of course, loves Rhimes because she is one of them. If one googles “Shonda Rhimes Planned Parenthood,” the first related article comes from NBC News. And it is glowing.

The article references the “fight for women’s reproductive rights,” (no bias there, right?), posts Planned Parenthood CEO Cecile Richards’ tweet on the news, and tells us Rhimes “does not want to downplay the fact that Planned Parenthood is one of the few health care providers that is geared towards women and allows women to have a safe space for all types of health care, not only abortions.”

Folks, this is supposedly a news article (okay, the network is NBC, but still).

The article says nothing about the many Center for Medical Progress videos uncovering Planned Parenthood’s true agenda and instead focuses on fear over its possible defunding. And of course, Rhimes is portrayed not as controversial but as a key leader in “a crucial time in the fight for women's reproductive rights.”

Another tremendous example of objective journalism.

But here’s the point: Like her or not, Planned Parenthood CEO Cecile Richards made an astute decision to bring Rhimes on board. For Richards, cultivating a relationship with Rhimes probably took time and effort.

In fact, Rhimes is no stranger to Planned Parenthood. She’s been involved on multiple levels with the organization, and this was the next logical step.

Rhimes took that step, and we can learn a lesson.

Tweet This: The lesson #prolife ctrs can learn from #PlannedParenthood. @KirkWalden

We don’t find strong board members overnight; by placing an article in our newsletter or by announcing “we need board members” at our fundraising dinners. We find them by searching diligently and by building strong relationships—over time.

Show me a strong board of directors and I’ll show you a group of people invited through prayer, research and strong relationships.

It’s something from which we can learn, and grow. The truth is, we can do better than Ms. Richards because we have a tremendous group of leaders to choose from. Let’s take the time to do just that.