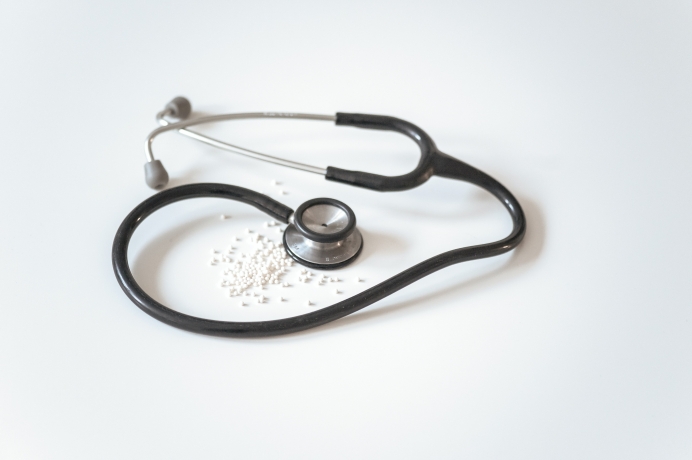 The left-wing American Civil Liberties Union (ACLU) represented several groups including the pro-abortion American College of Obstetricians & Gynecologists (ACOG) in a lawsuit demanding the suspension of the U.S. Food & Drug Administration’s (FDA’s) regulation that mifepristone, the first half of the chemical abortion cocktail RU-486, must be administered in-person, citing the coronavirus public health emergency’s discouragement of non-essential outside travel.

Chuang agreed that the requirement posed a “substantial obstacle” during a pandemic, and ruled that, “particularly in light of the limited timeframe during which a medication abortion or any abortion must occur, such infringement on the right to an abortion would constitute irreparable harm,” the Washington Post reports.

“By causing certain patients to decide between forgoing or substantially delaying abortion care, or risking exposure to COVID-19 for themselves, their children, and family members, the In-Person Requirements present a serious burden to many abortion patients,” the judge added. He did, however, concede that states can still regulate abortion pills “above and beyond” the FDA’s requirements.

Coincidentally, the pro-life group Created Equal was protesting in front of the FDA headquarters in Bethesda, Maryland [Monday] with a giant banner declaring, “toilets are not abortion clinics.” Created Equal President Mark Harrington told LifeSiteNews, “Abortion advocates, including this federal judge, are using COVID-19 as a Trojan horse to eliminate FDA restrictions on pill abortion.”

Regarding [Monday's] protest at the FDA, Harrington said, “Abortionists have come out into the open with their plans for early abortion — the sale and distribution of chemical abortion drugs resulting in increasing numbers of aborted children flushed into America’s wastewater systems.”

Tweet This: “Abortionists have come out into the open with their plans for early abortion — the sale and distribution of chemical abortion drugs ..."

Abortionists seeing women in person before prescribing the deadly pills makes it possible for them to check the age of the unborn child – the abortion pill regimen is only supposed to be used on babies up to 10 weeks old – and also rule out the possibility of an ectopic pregnancy.

“Making it easier to sell chemical abortion pills does a lot for the abortion industry’s bottom line, but women’s lives and future children are put at risk,” said Students for Life of America’s Kristan Hawkins. “Yet here we are again with a single judge deciding that it’s acceptable to endanger women’s health and lives as well has their present and future children as long as it wasn’t hard to make the sale.”

Like Harrington, Hawkins has also focused on the fact that many chemical abortions are completed in bathrooms. When California passed a law mandating that university health centers dispense the abortion pill, she warned, “These toilet bowl abortions would create havoc on campuses, as girls are sent to their dorm bathrooms to bleed and pass an aborted infant in a toilet, without medical supervision or assistance.”

As noted at Students for Life of America’s “This is Chemical Abortion” website: “For the about [five] percent of women whose babies are not killed and expelled by the drugs, a surgery is required basically to save the woman’s life as infection can set in if the dead infant or tissue remains in a woman’s womb to fester. In the first trimester, when chemical abortions are supposed to take place, the pills cause [four times] the complications as surgical abortion. In fact, ‘the risk of death appears to be 10 times greater with medical abortion (chemical abortion) than with surgical abortion,’ according to medical journal report in MedGenMed.”

The ruling is certainly a boon to Planned Parenthood’s bottom line; the abortion giant has enjoyed a spike in abortion pill sales (dispensed after an online consultation) during the COVID-19 crisis, during which several states have included the abortion industry among “non-essential” businesses that had to suspend in-person visits in the name of containing the virus and conserving medical equipment.

Pro-lifers, however, contend that these “safe, home abortions” run the risk of placing additional, unnecessary strain on the healthcare system.

“Elective abortion, both surgical and drug induced, also generates more patients to be seen in already overburdened emergency rooms,” the American Association of Pro-Life Obstetricians and Gynecologists (AAPLOG) states. “Most abortion providers instruct women to go to an emergency room if they have any concerning symptoms after the abortion. Approximately five percent of women who undergo medication abortions will require evaluation in an emergency room, most commonly for hemorrhage. Surgical abortions can also result in hemorrhage. Emergency room personnel – who are already struggling to meet the demands of the COVID-19 pandemic – will be further strained to provide care to these women.”

Tweet This: Approximately 5% of women who undergo medication abortions will require evaluation in an emergency room, most commonly for hemorrhage.

It is currently unclear whether Chuang’s ruling will be read as conferring a permanent “right” to webcam abortions across the country, independent of the temporary public health emergency.

In the U.K., there has been a similar push to expand access to the abortion pill, ostensibly because of the coronavirus outbreak.

Editor's note: This article was published at LifeSiteNews.com and is reprinted with permission. Heartbeat International manages Pregnancy Help News and the Abortion Pill Rescue Network.