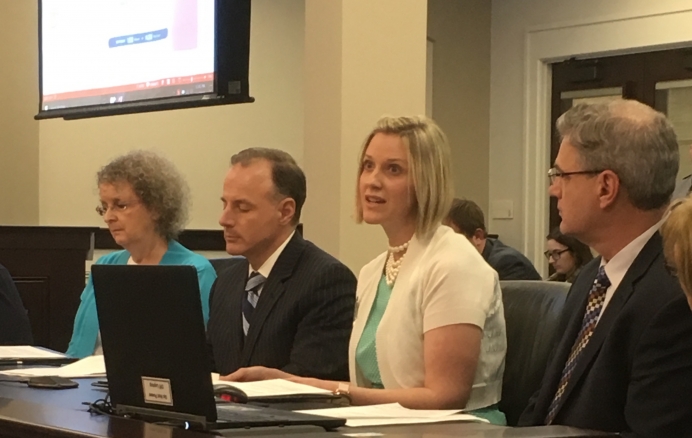 In his mission to banish abortion from the state of Kentucky, Gov. Matt Bevin has taken measures to strike at both the supply and demand for the lethal procedure.

Bevin, who ran as an unapologetically pro-life candidate in 2015, has built an unassailable record in cutting down the supply-side of abortion during his time in office.

But on March 27, Bevin will celebrate a victory for the demand side of the equation, when he signs a state resolution honoring the work of over 50 community-funded pregnancy centers offering alternatives to abortion.

Along with Lieutenant Governor Jenean Hampton, Bevin is set to appear March 27 at a rally at the State Capitol in Frankfort to celebrate pregnancy help centers that promote life and offer hope throughout the state.

The centers are all donor-funded, with no taxpayer cost, while contributing over $1 million to Kentucky communities each year.

“To see so much support for pregnancy centers in our state is truly encouraging in the work we are doing,” Laura Dickinson, executive director of Clarity Solutions in Elizabethtown, said. “We really are making a difference.”

Introduced by Rep. Robert Benvenuti in the Kentucky House, the resolution was passed, 37-0 in the State Senate on March 22. Upon Bevin’s signature, Kentucky will join a list that includes Colorado, Kansas and Louisiana as states that have formally resolved to honor the work of pro-life pregnancy help centers.

A similar resolution failed at the federal level in late 2015 after Democratic senators blocked the legislation.

Included in Kentucky’s version of the resolution, the legislative body said it “disapproves of any action by the Congress of the United States, federal agencies, or state governments that would compromise the mission or religious integrity of pregnancy help centers.”

Kentucky was one of 21 states to join an amicus brief that called upon the U.S. Supreme Court to strike down California’s 2015 law forcing pro-life pregnancy centers to advertise taxpayer-funded abortions in National Institute of Family and Life Advocates (NIFLA) v. Becerra, which was argued earlier this week.

At its initial hearing before the Health and Family Services Committee in mid-February, the resolution was opposed in-person by a lawyer from the ACLU who accused pregnancy centers of engaging in deceptive and harmful practices.

In response, several members of the Committee rebutted the ACLU’s accusations, noting that they were active supporters of the pro-life centers in their own communities.

At one point in the hearing, Committee Co-Chair Rep. Addia Wuncher corrected the ACLU lawyer’s use of the term “pregnant people,” noting that “mother” is a far more appropriate word choice.

Illustrating Rep. Wuncher’s point, one pregnancy center director—Marcia Gilbert from Hope Pregnancy Center of Taylor County—told the committee the story of a young mother her center helped during the past year. The woman’s boyfriend had left her after he found out she was pregnant with their second child, but she turned to Hope PRC for life-affirming help.

Looking back on the past year, in which she’s gone from asking for money to buy baby wipes to a place of financial sustainability, the young mother called Gilbert’s center “nothing short of a miracle.”

“For me, and many of the directors whom I've met, this isn't merely a job, it is a passion for protecting life itself,” Gilbert said. “Life that comes in the form of scared young mothers newly pregnant with a precious little one, single mothers and fathers struggling to make ends meet and figure ‘life’ out, or sometimes battered moms looking for hope or even forgotten fathers whose voice didn't count when it came to the life of his child and so many other forms.

“The value of the work done by centers like ours is directly related to the value of life itself, which is sacred and incalculable. We speak-up for the voiceless, and truth always prevails.”