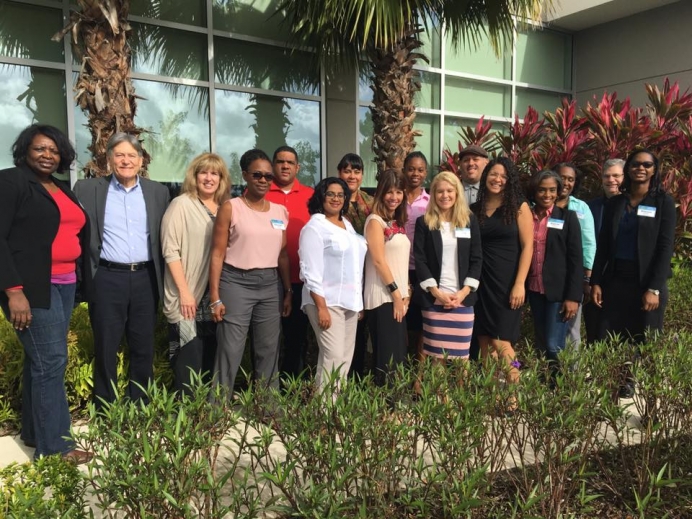 At the heart of Puerto Rico’s abortion industry, pro-life leaders from five Caribbean nations gathered Jan. 11-13 for the region’s first-ever pregnancy help summit, pooling insight and preparing for a new season in the battle for lives.

Coordinated in partnership with Heartbeat International, the meeting took place in Bayamon, Puerto Rico, where Cree Women’s Center established its second pregnancy help center in 2016—just a mile away from three of the island’s seven abortion clinics.

Trinidad and Tobago, Barbados, St. Lucia and the Bahamas were all four represented by men and women dedicated to rescue both women and children from a growing abortion epidemic that has jumped by 50 percent in the region since the mid-1990s.

According to estimates by the pro-abortion Guttmacher Institute, 4.4 million unborn children were aborted each year from 1990 to 1994 in Latin America and the Caribbean. That number increased to 6.5 million per year from 2010-14, prompting many pro-life Christians to respond by establishing pregnancy help centers and ultrasound-equipped medical clinics.

In Trinidad and Tobago, Rebekah Ali-Gouveia and her husband, Colin Gouveia, founded Elpis Centre in 2009 to provide life-affirming options, pro-life education and help with abortion recovery.

“This gathering helped to further knit the leaders in the Caribbean together; to refuel, reignite and anchor the matters we must commit to in the year ahead,” Ali-Gouveia, an attorney and Caribbean coordinator for World Congress of Families, said. “There was an overflow of love, trust, laughter and tears all of which converged into a weekend ripe with expectation and hope for our region.”

Three leaders from Heartbeat International—all who served in leadership roles at local pregnancy centers before joining the staff at the network’s headquarters in Columbus, Ohio—participated in the summit, along with Sol Pichon, a long-time leader of a local network of Florida pregnancy help medical clinics.

In addition to its Annual Conference, which is expected to draw over 1,000 leaders to Chicago in its 46th year this April 19-21, Heartbeat International fosters similar regionally based pregnancy help efforts on every inhabited continent, including Europe, where the organization hosted leaders from 10 nations in October of 2016.

“There continues to be a great need for pregnancy help leaders to build strong relationships,” Jor-El Godsey, president of Heartbeat International said. “Heartbeat is privileged to serve as the unifying network for so many faithful and faith-filled champions in the Caribbean and around the globe.”

Rhonda Darville, founder and CEO of Bahamas GodParent Center in Nassau, launched that nation’s first stand-alone pregnancy center in 2015 and has since braved Hurricane Joaquin and Hurricane Matthew in successive years—with both storms doing significant damage to the surrounding areas but leaving the pregnancy center unharmed.

Abortion is currently illegal in the Bahamas, but along with an underground abortion industry and a reported 60 percent of children in the nation born to single mothers, a push to legalize abortion is several years in the making.

“It has been a privilege and a pleasure to meet with other leaders in the Caribbean, as we do the work that brings the gospel, strengthens families and hence our communities and our countries,” Darville wrote on Facebook. “The need is great, the resources are few, but we keep trusting in the Almighty. We know He is able and so we do not get weary in well doing."