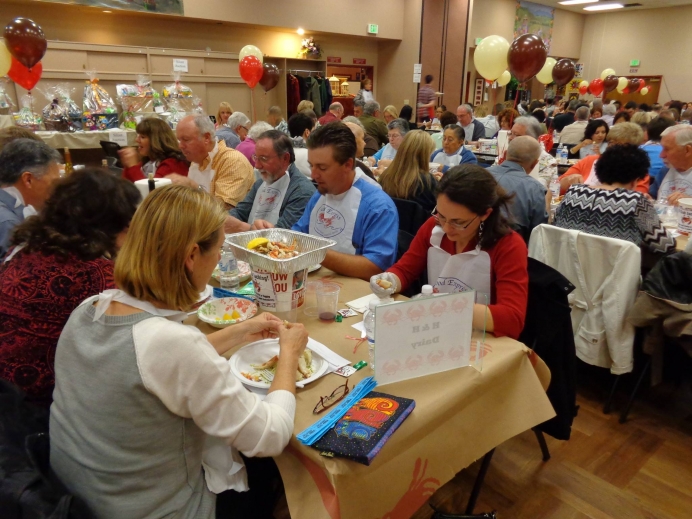 Looking for a way to raise funds and introduce your community to the good work your pregnancy help organization does every day?

Why not put on a crab feed?

That’s what Pregnancy Help Center of Manteca (Calif.) started doing in 2014, and with the last ticket sold a couple of days before the 2nd Annual Crab Feed, the center’s executive director, Janice Laplume, doesn’t see any reason to change course.

“There are a lot of crab feeds put on here in Manteca, and most of them do very well,” Laplume, in her eighth year at the organization’s helm, said. “It seems that, no matter how many you have, you do well at them.”

When a wife of a center board member volunteered to lead the charge for the inaugural event a year ago, Laplume gave the go-ahead.

The event sold out and introduced several community members to the center for the first time—many of which subsequently began giving—prompting the center to start planning the 2015 version on Saturday, Feb. 14: Valentine’s Day.

“Last year, the majority of the people who came, we had never met before,” Laplume said. “It was a good way to introduce our ministry to them. Again this year, I’d say about 50 percent of those coming this year are new people, so we’ll be getting even more recognition.”

The past year has been an excellent one for 25-year-old Pregnancy Help Center of Manteca, with the ministry moving into a new office space in November that is double the size of its previous location and more visible than the old digs.

While the center works to complete the addition of free mobile ultrasound services—donated by the Knights of Columbus—in the coming year, its new website address, “omgpregnant.org,” also launched in November, has contributed to an uptick in clients, Laplume said.

“We’ve had several walk-in clients who walked in because the saw the building, since we’re right out on the sidewalk, almost,” Laplume said. “Several of them came because they had seen the new website also. [The website] is also attracting new donors who we hadn’t known before we launched.”

“We took a leap of faith, taking on the new building, since it doubled our rent. But God has been so good to us in the past, we said, ‘It’s His ministry and He wants it to flourish.’ He’s really behind us.”

What ideas have you seen work out for fundraisers? Let us know in the comments or send us your story.