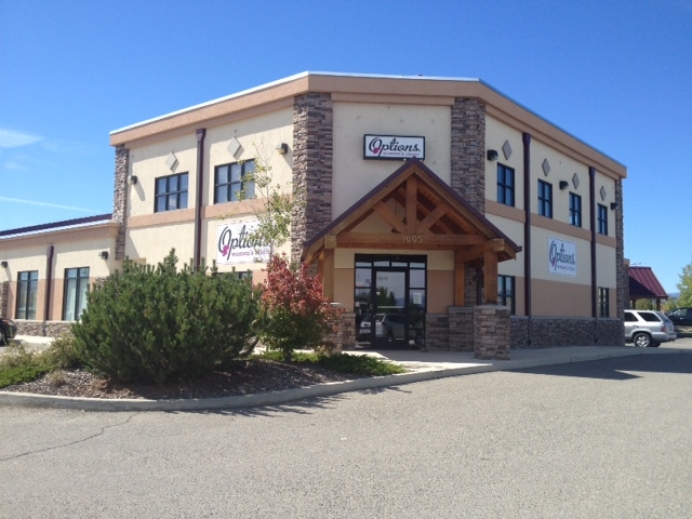 With a statewide shelter-in-place order and abortion pills made available through the mail, a Helena, Montana, pregnancy center continues serving abortion-vulnerable women with critical services.

“As long as Planned Parenthood is open, we are open,” said Tracy Ullrey, executive director of Options Clinic in Helena.

The pro-life medical clinic offers a variety of essential services free or at low-cost, including pregnancy testing, ultrasound and std testing.

Due to the coronavirus pandemic and Governor Steve Bullock’s statewide stay-at-home order implemented March 28, the center has changed some of its operations.

For example, office personnel work from home and classes have been postponed. Additionally, nurses “pre-screen” clients via telephone before making in-person appointments.

“We’re seeing a higher percentage of abortion-minded women,” Ullrey said. “Women lean more toward abortion because of fear of the unknown.”

Tweet This: “Women lean more toward abortion because of fear of the unknown”

What Options staff are experiencing seems to be happening across the country.

According to a recent USA Today article, abortion facilities in America are seeing higher demand. Some women are traveling from states such as Texas, which issued an order to halt abortions, to other states where abortions are still being performed, such as Illinois and Georgia, according to the article.

One abortion provider was quoted saying women that are worried about how they will make their rent, feed their family, etc.

Pregnancy centers, like Options Clinic, are working to reach these women with essential services before they resort to going to an abortion facility, including resources to help them alleviate those fears.

Responding to client needs during coronavirus

Options is located two miles from a Planned Parenthood location which conducts abortions, Ullrey said. In anticipation of the governor’s shelter-in-place order and Planned Parenthood remaining open, the staff took pre-emptive steps to prepare, Ullrey said. Those measures included updating the center’s website and stressing the importance of STD testing.

Additionally, when the nurses meet with clients, they wear masks and abide by the six-foot distancing rule. Hours of operation remain the same.

Even though classes have been cancelled, Options’ Patient Services Director stays in contact with women through phone calls and sending notes of encouragement, Ullrey said.

However the clinic is down in numbers, by as much as 50 percent, she added.

“People are afraid of going out. We’ve had a lot of no-shows,” Ullrey said.

Located in Montana’s capital city, Options Clinic provides free pregnancy tests and ultrasounds and offers “the whole gamut” of STD testing and treatment, Ullrey said, including HIV and Herpes. The staff serves both men and women.

Additionally, the center provides professional counseling, which is especially critical during this pandemic, she added.

TelAbortion and abortion pills by mail

According to the Guttmacher Institute, the former research arm of Planned Parenthood, more than 1,500 abortions were performed in Montana in 2017. However, some of those may have been conducted on out-of-state residents, such as women from Wyoming and North and South Dakota, where abortions are harder to obtain.

The number of abortions that are actually done in the state is likely not accurate, Ullrey said.

“Montana is terrible about abortion reporting,” she said.

The state is one of 13 taking part in a telabortion study.

Planned Parenthood says the goal, “is to create a more convenient, patient-centered method of abortion.”

The program’s website reports that more than 600 people have participated. Gynuity Health Projects, which seeks to increase access to medical abortion, sponsors the program.

Planned Parenthood also recently announced its “telehealth services” would be in all 50 states by the end of April as a response to the coronavirus pandemic.

A press release issued by the abortion giant said in part that, “Sexual health needs don’t go away, even when our country is in crisis.” The abortion business continued, saying it was “proud to redouble” its efforts at maintaining access to its offerings.

Yahoo News reported earlier this month that abortion providers can prescribe abortion pills through the Planned Parenthood app, but women still have to visit a Planned Parenthood site, because the Food and Drug Administration requires that providers distribute mifepristone, the first of two drugs given in chemical abortions, in person.

As Montana prepares to gradually re-open starting April 25, Options Clinic plans to continue serving the abortion-vulnerable of its community.

“The staff is so amazing and resilient – they have risen to the occasion,” Ullrey said. “We also continue to have great support from our community. I am exceedingly grateful for our staff and donors and to God who provides.”