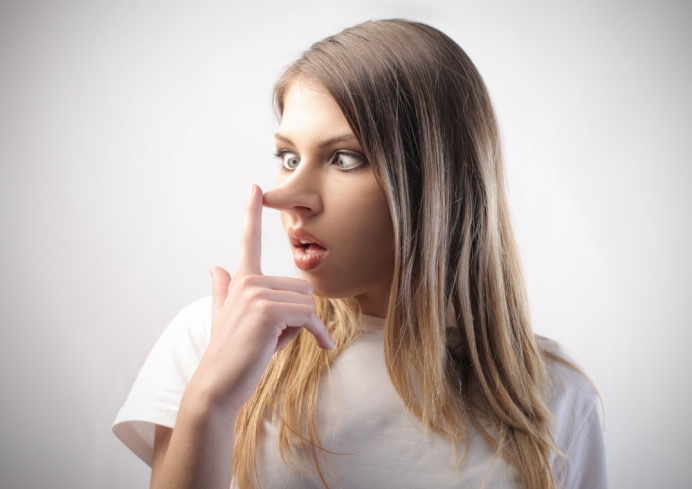 Readers of Thursday morning’s edition of the San Jose Mercury News will be greeted with a biting op-ed co-authored by the president and California state director of NARAL Pro-Choice America.

The op-ed, “Ilyse Hogue and Amy Everitt: CPCs, pseudo-clinics, should have to post women’s rights,” urges the Golden State’s pro-abortion Governor Jerry Brown to sign into law AB 775, which would require nearly 200 locally supported pro-life nonprofits in the state to distribute to clients a state-sponsored message including how to obtain a state-funded abortion.

While the law, christened the, “Reproductive FACT Act” by its authors, would also apply to the 75 state-licensed non-profit pregnancy help providers that offer free ultrasound, centers that do not offer ultrasound services would be required to post a second disclaimer stating the following:

In their clamor to secure a signature from Gov. Brown, Hogue and Everitt—who never once in a 622-word article mention “inflammatory” words like, “baby,” “child”—make at least three claims that are out-and-out lies about the bill, and about locally funded pregnancy help organizations.

One of the op-ed’s concluding paragraphs starts with the following:

This bill is supported by Democrats, Republicans and Independent voters from San Diego to Redding, in rural and urban parts of the state.

As the bill made its march from the State Assembly to the State Senate, passing three committee votes along the way, not a single Republican ever voted in favor of the measure. In fact, the only cross-over vote came from Democrat Rudy Salas, Jr., a Democrat from Bakersfield.

Pro-life advocates in both houses of the legislature, as well as private citizens representing pregnancy centers and religious groups have vehemently opposed the bill as a direct assault on the rights to free speech and free exercise of religion protected by the First Amendment.

In fact, the bill gave rise to impassioned pleas from pro-life politicians at every stop along the way. Asm. Jim Patterson and Sen. Sharon Runner both cited their experience leading pregnancy help organizations as first-hand evidence for the good that pregnancy centers do every day, while Patterson blasted the legislation as “an effort to force objectionable, state-mandated speech on pro-life pregnancy care centers.”

In an apparent effort to frighten the Governor into action, Hogue and Everitt state:

Those working at CPCs consider themselves foot soldiers in a war to end legal abortion in our country. Anti-choice organizations claim more than 3,500 of these fake clinics are in operation across the U.S.

In her book, “Foot Soldiers Armed with Love,” Heartbeat International President Peggy Hartshorn, Ph.D., says that motivation behind the pregnancy help movement is, “that no woman ever feels forced to have an abortion because of lack of support or practical alternatives.”

While ending legalized abortion in the U.S. is certainly a unified—and often stated goal—of the pro-life movement, the expressly stated vision of Heartbeat International is, “to make abortion unwanted today and unthinkable for future generations.”

It’s difficult to overstate the chasm between reality and NARAL’s perception of the self-perception of the “foot-soldiers” laboring in pregnancy help. These centers exist—supported from within their own communities—to provide true choice to empowers every woman to make the healthiest choice for everyone involved in a crisis pregnancy.

More to the point, there is nothing “fake” about an ultrasound image. Nor is there anything “fake” about a woman seeing her child for the first time, hearing her baby’s heartbeat, and choosing motherhood. Many of the 1,000-plus pregnancy medical clinics in the U.S. report that up to 90 percent of women who see their child in an ultrasound choose against abortion.

This should be a comfort to Hogue and Everitt, who argue at another point in the op-ed that, “Women are fully capable of deciding what is best for our bodies and our lives when we have accurate information and access to sound medical advice.”

While Hogue and Everitt continue their quest for accurate information, they might want to have another look at the numbers. There are 2,500—not 3,500—pregnancy centers and medical clinics in the U.S.

3.    Are CPC’s “designed to rob us of the resources we need to make the best choices for ourselves”?

Calling pregnancy centers, “a grave threat to a woman’s right to control her own body and autonomy,” Hogue and Everitt lay the groundwork for such a bold claim by arguing:

CPCs, designed to rob us of the resources we need to make the best choices for ourselves, are run by people who believe they should choose for us based on their ideology--not on our own beliefs and not on a medical basis. Such coercion is not a prescription for happiness and health.

Wow, CPCs sure sound scary. Not only are they a “grave threat” because they want to take control of another woman’s body, now we find that they also are “run by people who believe they should choose for us based on their ideology—not on our beliefs and not on a medical basis.”

What “resources” do women “need to make the best choices” for themselves? Surely such “resources” would include pregnancy testing, free ultrasounds to confirm a viable pregnancy, material aid, parenting classes and accurate information about parenting, abortion and adoption.

Truly, abortion is the only “resource” NARAL and their bedfellows at Planned Parenthood have to offer when it comes to a crisis pregnancy. Why else would abortions comprise 86 percent of the abortion giant’s revenue?

And what of the underlying “ideology ” of pregnancy centers, which must be quite “grave”—is there any other kind?

Is it not this: The life of a mother and her baby are worth more than an abortion facility’s bottom line?

Tweet This: Life of a mother, baby are worth more than #abortion clinic's bottom line. #DefundPP #PPSellsBabyParts

Who could be threatened by such an “ideology?” There’s an answer, of course, it’s those who stand to profit from limiting the definition of “choice” to abortion as the only “choice.”

Isn’t it time for lawmakers and other elected officials to stop carrying the water for Big Abortion? Isn’t it time to make room for practical help?