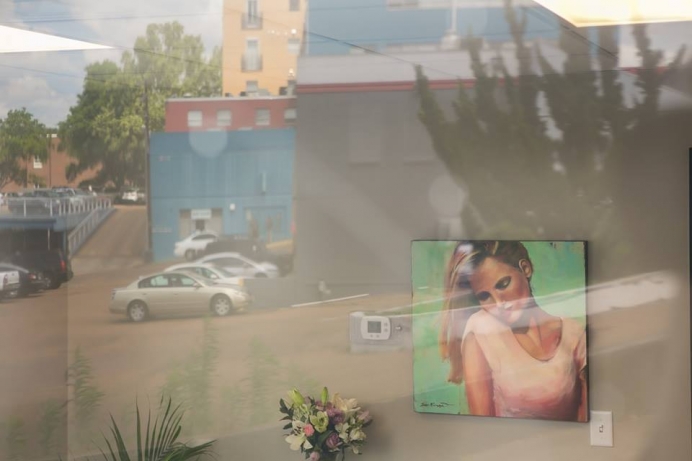 New York Magazine is Right: Every Pregnancy Center is a Threat to Big Abortion

Tune up the world’s smallest violin and get ready to bemoan the plight of the last remaining abortion business in Mississippi—which pays the rent by ending 2,300 unborn human lives every year.

Tonight’s tiny-stringed orchestra conductor, New York Magazine, set off a cacophony of pro-abortion sorrow Thursday with an article entitled, “A New Threat to Mississippi’s Only Abortion Clinic Moved in Across the Street.”

Soon, Mic.com and Romper.com had followed with similar pieces, decrying a new neighbor to Jackson Women’s Health Organization—an abortion clinic that has been a darling of the left and is the stomping grounds to self-styled Christian abortionist Willie Parker.

As first reported by Pregnancy Help News, the clinic now has a pro-life neighbor just 100 yards away, dedicated to giving a woman one last chance to save her baby and reject abortion.

While free ultrasound is the main tool the pro-life Center for Pregnancy Choices will use to help women choose life for their babies in the shadow of the pink-painted abortion mill, that fact is conveniently absent from the coverage by New York Magazine and friends.

In place of the facts, New York Magazine trots out old, baseless talking points from abortion fanatics at NARAL Pro-Choice America, accusing pregnancy centers of luring and lying to women “to persuade women into their center instead, often claiming that their centers can offer the services they may need.”

Along with NARAL’s trope, the author points to numbers pulled from the pro-abortion 2016 National Clinic Violence Survey in attempts to show that a pregnancy center’s proximity to an abortion clinic poses an actual physical threat to clinic staff.

Compiled by the Feminist Majority Foundation, the survey is deeply flawed, drawing self-reported responses from 319 abortionists around the nation and failing to corroborate the survey with any crime statistics whatsoever.

Tweet This: @NYMag is right: #prolife centers are a threat to #abortion businesses. #prolife @TheCut

Far from putting abortionists at risk by locating near a clinic, pro-life pregnancy centers put themselves in harm’s way to give their clients a true choice.

While women are indeed often persuaded to go into a pregnancy center rather than an abortion clinic, there’s no question that decision has everything to do with what’s inside each type of facility.

At a pregnancy help center like Center for Pregnancy Choices, a woman will find free pregnancy testing, a free ultrasound, free options consulting that has zero profit motivation.

Choices, in other words.

At an abortion clinic like Jackson Women’s Health Organization, however, what a woman will find is anything but choice. All she will find is an abortion because that’s all the clinic offers. That’s what keeps the lights on and the money flowing in, after all.

While clients at abortion clinics often regret their decision to abort—some are physically harmed and even die—more than nine in 10 clients at a pro-life pregnancy center report the highest levels of satisfaction with the care they received.

Those women, like Ashleigh, who chose life for her son thanks to a Central Ohio pregnancy center, go onto become outspoken proponents of the help they received, contributing to the reality that the No. 1 way pregnancy centers attract new clients is by word of mouth.

“I can say, hands down, I’m so much better off because I chose life,” Ashleigh said in early April. “When I went there, the lady there was 100 percent non-judgmental and my decision wasn’t going to make them any profit. That’s what I was looking for, someone to talk to who wasn’t going to profit off me or my baby.”

In the final analysis, that is why a pregnancy center poses such a threat to the abortion industry. The threat has everything to do with the abortion clinic’s bottom line.