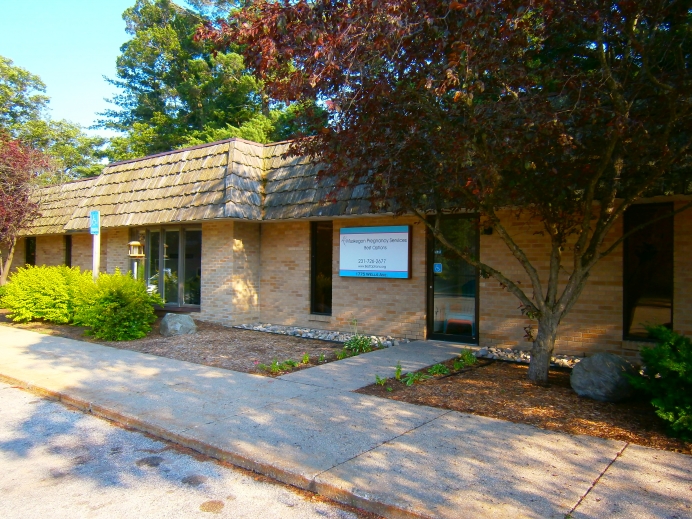 When Muskegon Pregnancy Services/Best Options changed locations in July 2014, executive director Priscilla Hinze and her staff were thrilled and relieved at the benefits the new move would bring. There had been serious safety concerns and unmet practical needs at the pregnancy help center’s 1319 Peck Street location.

“The location we were in was in an old house right in the midst of an area that has had gang war activity and some shootings,” Hinze said. “It was becoming unsafe for clients and volunteers.”

Other concerns for the pregnancy help center on Peck Street included limited parking for clients, the need for additional space for the expansion of medical services, and the desire to be more accessible to the “most vulnerable.”

The new building, which was located at 1775 Wells Avenue and previously owned by a team of physicians, was an answer to prayer and a timely remedy.  Not only was the new facility accessible by two separate bus routes and near two college campuses, it was also positioned in a community highly populated with single mothers. Added bonuses were the facility’s pre-existing set up for obstetrics and gynecology services, and an ideal purchase price that would not place a financial burden on the center.

“God’s blessing allowed us to buy this building free of debt,” Hinze said. “There was no need to renovate. It was completely ready for our needs.”

Since the move, Hinze said Muskegon Pregnancy Services has seen a slight increase in clients. But a recent article posted on mlive.com, a product of Michigan media company MLive Media Group, reported just the opposite – to Hinze’s shock and surprise.

The article posted last month stated Muskegon Pregnancy Services was experiencing a “steep decline” in client visits due to its relocation to the Wells Avenue building, suggesting clients may have been unaware of the move. Although the reporter interviewed and quoted a Muskegon Pregnancy Services volunteer for the story, Hinze said the article incorrectly identified the pregnancy help center as a “social service agency” and contained incorrect information regarding the center’s client visits.

“They never called me to verify information,” said Hinze, who has served as executive director for nearly 20 years of the center’s 30 year existence. “Bottom line is the numbers weren’t checked.”

“The number of unique clients we’re seeing has not changed.”

Hinze said the volunteer interviewed for the story was not seeing many clients during her shift due to the center’s current scheduling structure – and that the volunteer’s shift did not reflect the overall number of visits to the center since the relocation.

“We saw in the first half of this year more unique clients than last year before the move,” Hinze said.

Tweet this: “We saw in the first half of this year more unique clients than last year before the move”

Although incorrect information was printed, Hinze believes both the reporter and volunteer desired to simply inform the community about the pregnancy help center’s available resources and baby items. From that perspective, the article “resulted in good things,” such as bringing awareness to the center’s services.

“That article generated a lot of calls,” she said. “Phones were ringing off the hook for two weeks for free cribs, baby items. I had to put phones on answering machine because I couldn’t take all the calls.”

The pregnancy help center’s cribs, car seats and other baby items are purposed for Muskegon Pregnancy Services clients who come in for a free pregnancy test and pregnancy options counseling. Clients are then encouraged to enroll in the center’s LifePlan program where they learn about important topics such as prenatal and newborn care, labor and delivery, effective parenting, financial planning, goal setting for the future, and more.

As clients go through LifePlan, moms and their partners can earn “baby bucks” which can be used to purchase everything from baby clothing and bottles to Pack ‘n Plays and other big ticket items.

“We want girls to be in LifePlan for six months at least, for new cribs and car seats,” Hinze said. ”We’re looking to build relationships with them and help them examine their relationships and get on the right foot for success in the future.”

“Our focus is not on giving them things, but changing lives and reconnecting them to a Creator who loves them and who has a plan for their life.”

Tweet this: Our focus is not on giving them things, but changing lives

One Muskegon Pregnancy Services client attested to the impact the center’s programs and services have had on her life.

“I feel really welcome here,” she said. “I love how my advocate was with me every step of the way. I learned a lot about what I need to do.”

Another client said, “[Muskegon Pregnancy Services] helped me when I had nowhere else to go.”

Hinze said the mlive.com article did serve a purpose in that it allowed them to connect with the community and provide temporary help to local residents in need who responded to the article. The article has also opened the door to community outreach invites and opportunities, which have allowed Hinze to partner with other organizations that serve young women and spread the word about Muskegon Pregnancy Services to a community that has been its home for just under a year.

“I think we’re going to have opportunities that we might not have had,” Hinze said. “I’m hoping that article will just serve to bring in more clients.”