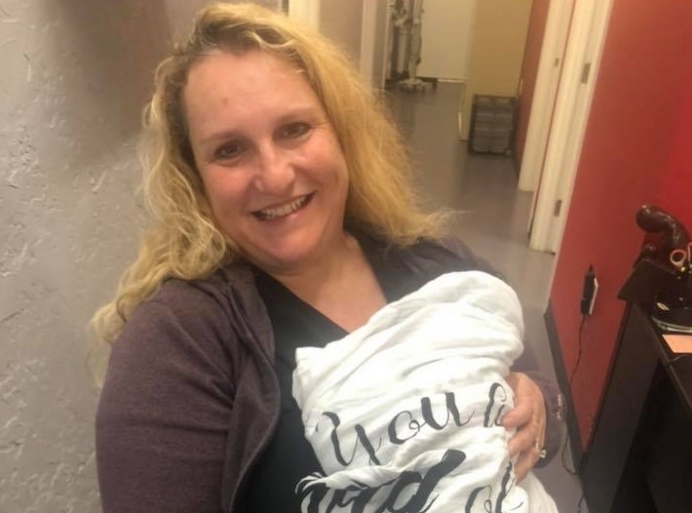 Earlier this year, a pro-abortion researcher out of California announced plans to study a protocol designed to help women reverse their in-progress chemical abortions and save their babies’ lives.

In recent weeks, headlines blared the study’s supposed findings, implying utter danger and harm caused by the Abortion Pill Reversal protocol, while by-passing the established negative effects of the abortion pill itself.

Last Friday, a pro-life OB-GYN out of Missouri decided she’d had enough, taking to Facebook to debunk the study and expose the lies of those behind it, who she regards as colluding to protect the “family planning” industry.

“The Family Planning Cartel feeds their friends in the media to work on discrediting Abortion Pill Reversal when the only thing discredited is the Abortion Pill itself,” Dr. Poppy Daniels wrote on Facebook.

In a string of posts on Friday, Daniels dissected the study’s intent and resulting fallout, noting the biases of Mitchell Creinin, the pro-abortion researcher behind the study, and the American College of OB-GYNS (ACOG), which published the study.

Additionally, as Daniels was dressing-down the biased study, a woman who has experienced the chemical abortion pill’s harmful side-effects happened upon her Facebook posts and affirmed the veracity of the OB-GYN’s comments.

Daniels summed up the reality that the actual danger posed to women isn’t abortion pill reversal, but the chemical abortion pill, mifepristone:

This doctor intended to study 40 women. They were going to give women who took the first abortion pill and then given them either progesterone or a placebo. If the baby survived, they would be offered a surgical abortion two weeks later. They only enrolled 12 patients, 2 dropped out. 5 received progesterone [the abortion pill reversal treatment] and 5 received placebo. One patient who took progesterone went to the ER but needed no intervention. 4 had continuing pregnancies. 2 patients who took placebo went to the ER, one had a D&C and one required blood. 2 patients {(who took placebo) had continuous pregnancies} So let’s recap! This is an insanely small sample size & wouldn’t have been published by most except the most ideological journal. Those who took the abortion pill had significant bleeding! That points to the riskiness of the abortion pill! But that’s not what the headlines said.

One headline she pointed to came from VICE: “The First Study on 'Abortion Reversal' Landed Three Women in the ER.”

Another came from NPR: “Safety Problems Lead To Early End For Study Of 'Abortion Pill Reversal.'”

Neither suggests that the real danger was the chemical abortion pill itself.

Also known as “RU-486” or a chemical abortion, the “abortion pill” actually involves taking two drugs: mifepristone and misoprostol. Mifepristone, the first drug, destabilizes a pregnancy by blocking progesterone, the natural hormone needed to sustain a healthy pregnancy. To finish the abortion, misoprostol induces labor, forcing a woman’s body to deliver the baby.

“RU-486 causes nausea, stomach cramping, and bleeding including the risk for hemorrhaging, sometimes causes women to be in significant pain, experience excessive blood loss, and have to go to the ER for fluids, blood or a D&C,” Daniels explained. “Misoprostol can also cause painful contractions and bleeding. Women are usually counseled that they will be having cramping and bleeding like a heavy period and to take Ibuprofen, take a shower and go to bed.”

A woman who contacted Daniels’s anonymously confirmed the chemical abortion pill’s extreme side-effects via the comments of Daniels' post  — and exposed the nonchalance of the abortion facility that took her money and gave her the drug in the first place:

I started bleeding a few hours after taking the first pill. I passed huge clots & had pretty bad cramps. This part was just like a super bad period. I was about 60 miles away from home when it was time to take the 2nd set. I was told it would take about an hour so I thought it would be the perfect timing as I wouldn't have to wait at home. I almost instantly started having the most horrible cramps of my life. I was literally screaming at my fiance to get me home now. I was starting to bleed heavily & pass clots. I started to have bad hot flashes & even though the air was on high I couldn't get cool. We finally arrived at home. I opened to the door to get out & vomited. I went to the bathroom & just sat on the toilet. I was pouring blood, had bad diarrhea, passing large clots, vomiting into the trash can & having a major hot flash. I had my fiance soak a hand towel in ice water to put on me but it wouldn't cool me down. I stayed in the bathroom for awhile because I was in so much pain I couldn't stand up & walk. I was in bad pain for several hours. I was told I would just pass clots. What I passed was the sac intact that covered the palm of my hand. My little baby was about the size of a grain of rice. I had cramps & bled fairly heavy for several days after. I called the clinic because I was scared due to all the bleeding, cramping & clots. I was told that's normal, just come back for your check up. When I went back for my check up I told the nurse my story.She just looked at me & giggled when she said, that's completely normal. If you told you how bad it was, you'd get scared & not do it.

Abortion Pill Reversal: "Simple and elegant in its design"

The abortion pill reversal protocol, which was developed by physicians George Delgado and Matt Harrison more than a decade ago, works by giving a woman extra progesterone up to 72 hours after she takes the first chemical abortion drug.

“For Abortion Pill Reversal, the concept is that you want to compete at the progesterone receptor with the Poison (Mifepristone/RU486) with the Antidote (Real Progesterone),” Daniels wrote. “If you can flood the body with natural progesterone very soon after taking the first pill and don’t take the second pill, you can displace the poison and save the baby.”

For Daniels, who has been using progesterone for years to help women carry healthy pregnancies to term, the protocol is obviously safe.

“The Abortion Pill Reversal protocol is simple and elegant in its design,” Daniels wrote. “There is a strong biological basis for this protocol because it is based on reproductive physiology. There is starting to be a bigger body of successful reversals.”

She then linked to a major study released by Delgado last year.

That study, which followed 754 women, demonstrated that up to 68 percent of women who changed their minds about an abortion and started the abortion pill reversal treatment were able to give birth to a perfectly healthy baby.

As the number of babies saved through abortion pill reversal continues to grow, more and more brave mothers are coming forward to tell their stories of regret, followed by rescue of their children.

“Pro abortion advocates know that these stories of reversals are impactful,” Daniels wrote on Facebook. “So they are going after the science to try and cast doubt.”

But as she pointed out, even the abortion advocates’ science is severely flawed and massively lacking in any new knowledge on the subject of abortion pill reversal.

Instead, it confirms what too many women have already discovered: that the chemical abortion pill is lethal to their unborn child and dangerous to themselves. 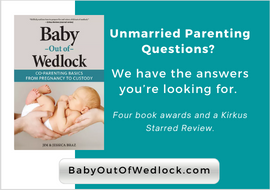