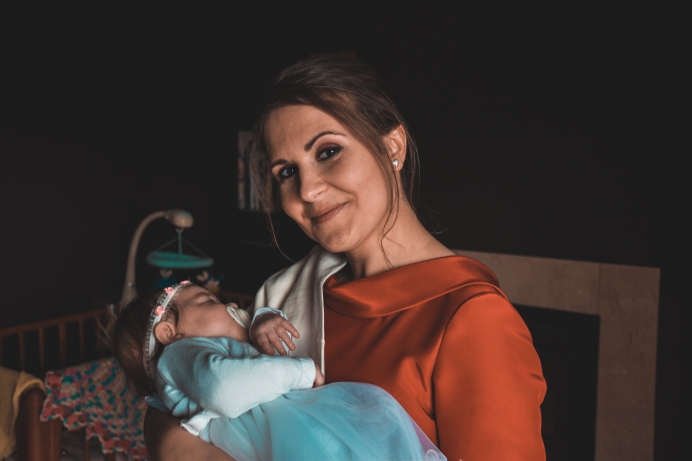 “Our team supplied evidence that we love and care for women” – Heartbeat, APR targeted by big abortion allies

An irregular increase in international calls to the Abortion Pill Rescue® Network (APRN) recently signaled another orchestrated offensive by the abortion lobby targeting pregnancy help. But Heartbeat International’s network of APR providers did not miss a beat, nor deviate from the mission of serving women who regret starting a chemical abortion.

The APRN hotline nurses immediately noticed an uncharacteristic pattern, but despite the red flag, the committed professionals at both the APRN and Option Line continued to provide the usual compassionate service and care intended for women in genuine need.

The suspicion was confirmed Monday as openDemocracy contacted Heartbeat for response to the “findings” of its "investigative report" on the APRN.

Anticipating the ruse the week before, Heartbeat International President Jor-El Godsey said that if pro-abortion forces such as the website behind previous unfounded criticism of Heartbeat’s life-saving work sought to convict Heartbeat of performing its Christ-centered mission of serving women facing unplanned pregnancy - then the verdict is guilty as charged.

“We know that our team only supplied evidence that we love and care for women as they seek to make the choice to rescue their baby from a chemical abortion,” he said.

Tweet This: Our team supplied evidence that we love and care for women as they seek to make the choice to rescue their baby from a chemical abortion

“We hear from women every single day who regret taking mifepristone to end a pregnancy and desire a way to continue their pregnancies and rescue their babies,” said Christa Brown, director of Medical Impact at Heartbeat International. “Abortion Pill Rescue Network listens to their requests and offers women real choices even after starting a chemical abortion.”

“We are called to serve and the APRN/OL team did,” said Godsey, “even with their suspicions. The nurse managers jumped in and took the sudden overflow of international calls, handling them with grace and good intent. Well done APRN and Option Line team!”

The APRN and staff at Option Line spent multiple hours with the duplicitous contacts, in some cases the conversations were spread out over two to three days. This was time taken from serving women who truly needed their services.

“The Big Abortion allies at openDemocracy may have grist for their hit piece, but what they really did was distract our good people from the life-saving work APR actually is,” Godsey said. “It will certainly be lost on openDemocracy that their efforts fail women.”

“It is a credit to our team that they all performed so beautifully and lovingly even with their doubts about the authenticity of the calls for help,” she said. “How sad all the time and effort "wasted" as they tried to take us "off mission"!”

The reality is 2,000 lives (and counting) have been saved thanks to abortion pill reversal

As the number of lives saved thanks to the APRN continues to grow, so does awareness of the APRN and abortion pill reversal.

Abortion Pill Reversal involves emergency, ongoing doses of progesterone, a time-tested, FDA-approved treatment used for decades to prevent miscarriage and preterm birth. Women who contact the APRN and undergo APR have experienced regret after starting their chemical abortion and want a second chance at life for their child. This regret felt by pregnant women and the specter of reversing the effects of chemical abortion both conflict with the abortion lobby’s abortion promotion objectives.

“The abortion industry continues to ignore the proven help of progesterone for preserving pregnancy, as well as deny the reality of 2,000 lives saved (and counting) and other mounting evidence of the efficacy of abortion pill reversal,” Godsey said.

Brown added, “Some would like to promote the lie that women who choose abortion no longer have choices, but that simply isn’t true.”

“A well-established, evidence-based treatment exists to reverse mifepristone abortion, and this is not new,” said Brown. “This treatment has been used by physicians throughout the world since the 1950s to safely sustain pregnancies and treat pregnancy complications.”

In addition to progesterone having been used routinely and safely with pregnancy for decades, a 2018 peer-reviewed study showed positive results for abortion pill reversal. The study showed found that 64%-68% of the pregnancies were saved through abortion pill reversal, there was no increase in birth defects and there was a lower preterm delivery rate than the general population.

The detraction efforts aimed at APR mirror comparable tries to demean pregnancy help across the board to protect the big abortion bottom line.

The same abortion activist group instigating the counterfeit contacts to the APRN was behind a 2020 pro-abortion campaign to portray Heartbeat International as religious extremists responsible for misinforming women. A similar effort the year before from another Soros-linked group, Privacy International, also fell flat. And abortion activists regularly seek to paint pregnancy help organizations (PHOs) on the whole as “fake clinics,” also through distorting PHOs’ work and results.

Every woman deserves to know the whole truth about abortion

Heartbeat’s PregnancyCenterTruth.com website was created several years ago to correct the misinformation directed at pregnancy centers.

Tweet This: Heartbeat’s PregnancyCenterTruth.com website was created several years ago to correct the misinformation directed at pregnancy centers.

Heartbeat, the APRN and PHOs worldwide hold that every woman deserves to know the whole truth about abortion - and that includes the facts about her unborn child, and the choices she can make every step of the way in her decision.

Because of their attentiveness to clients, the committed professionals in the APRN were quick to spot the latest attempt to derail the delivery of life-affirming service to women, their children and families.

They often get calls from outside the U.S., but the calls don't typically happen from a variety of countries in a seemingly connected sequence.

"They seemed like regular requests we often get on our APR hotline," said Brown. "But one after another, uncharacteristically, were insistent that we communicate only through email."

"It's not uncommon for women to be questioning reversal, just as it's not unusual for them to question their choice to continue with the abortion," Brown said. "It's just uncommon for 16 out of 17 to do so in a concentrated amount of time, and all international."

The press inquiry to Heartbeat following the fake APR contacts was derogatory toward abortion pill reversal, relying upon a discredited study led by an abortion doctor who has also been a paid consultant for an abortion pill manufacturer. The study was intended to debunk APR, but in reality, showed the danger of the abortion pill. The same doctor had also completed a 1999 study affirming the risks of the abortion pill. The inquiry also referenced “policymakers and health experts” the activist group’s operatives were talking to who would be expectedly critical of APR.

Godsey said it could be expected too that the group behind the website would again twist their “investigative” experience to try to diminish Heartbeat’s work and favor their abortion friends.

“If openDemocracy holds true to form, as it did in 2020, its investigation will consist of misinformation, half-truths, and false statements informed more by their bias for abortion and protecting abortion profits, rather than by their concern for women's choice to save their baby,” he said. “They use their "investigative journalism" to project fear and create obstacles for women seeking life-saving help. Sadly, doing so only serves to take choices away from women.”

Tweet This: Misinformation informed more by abortion bias and profit protection rather than concern for women takes choices away from women