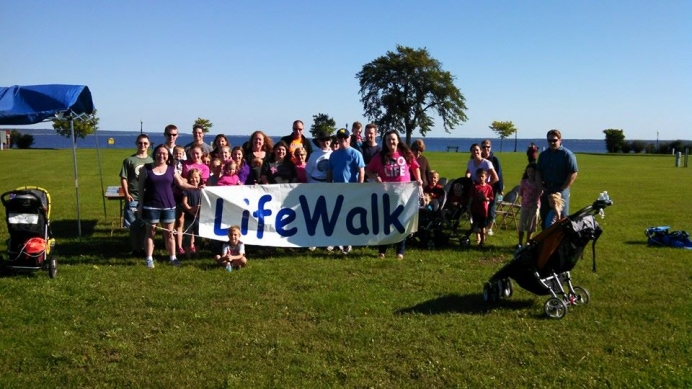 Directly next door to a Planned Parenthood Clinic, and two blocks away from the Northern Michigan University, sits the Care Clinic of Marquette County Michigan.

On May 16, Care Clinic will host its 12th annual “Walk for Life” fundraiser. The Walk for Life is the Clinic’s second largest fundraiser, and this year they hope to reach a goal of $30,000 in sponsored funds. With less than a month before the walk, the center has already achieved 19 percent of that goal.

However, it seems the event will not go unimpeded.

A protest event called, “My Body, My Choice” will now be held in opposition to the Walk for Life. According to the Facebook page, this walk will be in protest of “the manipulation of women into opting out of abortions.”

While “My Body, My Choice” originally started as a satirical fundraiser for Planned Parenthood, it has now spiraled into an aggressive protest. The group has made threats of glitter bombing the Care Clinic walkers, a tactic that is not only illegal, but has also been labeled a form of assault.

Although it’s unclear how many protestors will actually show up to the parody event, the Marquette Police Department will be on standby in case of glitter bombing or other hostile activities. While over 800 people have been invited to attend, only about 60 have replied to the online invitation, as of April 22.

Cindy Asher, a former teen mother herself, serves as Executive Director of the Care Clinic. She said that even though it’s not unusual to have protestors for such an event, it is a first for their clinic.

“Our purpose (for the walk) is really to get our friends and family to sponsor us and to raise awareness of what our pregnancy center is doing to help our community grow stronger”, Asher said.

The opposition to Care Clinic’s walk comes as a bit of a surprise, Asher pointed out. Not only has Care Clinic maintained a good relationship with the community of Marquette, Planned Parenthood regularly refers clients who have chosen to opt out of abortion.

The organizer of the protest, Kristi Kangas, protested another fundraiser for the Clinic last year, though on a smaller scale. Though Asher said she has attempted to meet with Kangas, she was informed the only way they would meet was when Care Clinic finally closed its doors.

“Everything we do at the Care Clinic is done in love,” Asher said. “We are praying for the protestors. We will respond to them in the same way we do our clients. We will be non-judgmental and will do our walk as planned. Ultimately I’m praying for the pro-choice advocates to have their hearts softened. There are some misconceptions about what we really do.”

Tweet This: "Everything we do at the Care Center is done in love. We are praying for the protesters."

Care Clinic was founded in 1973 and has now expanded to two facilities, boasting 70 volunteers and five paid staff members. The center offers pregnancy tests and ultrasounds, as well as a variety of practical classes for expectant parents such as childbirth, finances, and even classes on fatherhood.

It seems that the protest is actually backfiring, as the local community has rallied around Care Clinic with its support, and they are expecting 150-160 walkers, over double the amount of participants of last year’s Walk.

The participants of the Care Clinic Walk will be informed that they are not to communicate directly with the protestors, as the directors of the organization will act as spokespersons.

Even with the hostile undercurrent created by Kangas, the activities planned for the event are family-friendly, with clowns, a balloon release over Lake Superior Harbor, Pet Partners, and prize drawings.