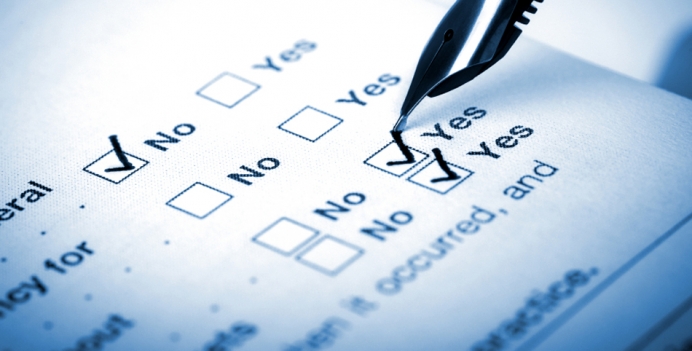 (Lynnwood, Wash.) Planned Parenthood and NARAL have distributed their surveys for the upcoming election cycle to candidates seeking political office here in Washington.  The content of the questions demonstrates the radical policy positions advocated by two of the more prominent pro-abortion groups and the candidates they ultimately decide to support.

Political advocacy organizations use candidate surveys to gauge a candidate’s position on the issues.  The survey responses enable these special interest groups to determine which candidates they will endorse and support financially. But the questions on these surveys also give us insight into the worldview of the survey creators.

What are the priorities of Planned Parenthood and NARAL in this upcoming legislative session?  Circumventing parental rights, discouraging pregnant women from making an informed decision about their pregnancies, and violating conscience rights of health care providers all seem to be the apparent vision for pro-abortion groups.

Parents should not be excluded from the health care decisions of their children, nor should it be legal for abortion clinics to perform secret abortions on young girls — who, under the law, have limited capacity in decision making — without the knowledge and consent of their parents.  Children in Washington cannot attend an ‘R’ rated movie or open a bank account without the consent of their parents, but Planned Parenthood and NARAL want these children to be able to avoid notifying their parents when obtaining abortions or acquiring birth control.

Both organizations’ surveys also ask whether or not the candidate supports sexual health education that promotes birth control usage and contraceptive methods.  Many parents object to their children’s schools providing resources that promote abortion and birth control, which is presumably why these organizations maintain such an interest in cutting parents out of the decision-making process on such sensitive issues.

When it comes to conscience rights and religious freedom, candidates are asked in both surveys if they agree that health care providers who have moral objections should be forced to provide abortions and contraceptives.  Planned Parenthood’s survey attacks the forty percent of Washington’s hospitals that are managed by Catholic health systems, claiming that these religiously-affiliated health providers “undermine patients’ rights” and “interfere with their ability to obtain a full range of health services.”

Tweet This: No wonder @NARAL refers to #ultrasounds as "unnecessary". @FPIW #prolife

The conscience and religious rights of health care providers are increasingly under attack. A U.S. district court in Michigan recently dismissed a lawsuit against a Catholic nonprofit that operates 86 hospitals in 21 states. The ACLU, which filed the lawsuit, wanted to force the hospitals to change its policy that prohibits doctors from performing abortions.

NARAL’s candidate survey additionally seeks to determine whether candidates share its opposition to crisis pregnancy centers – which NARAL calls “anti-choice fake ‘clinics’” – and other resources for pregnant women that do not include abortion.  Crisis pregnancy centers are clinics that offer resources and support to mothers and infants free of charge, but do not perform abortions. Despite pro-abortion activists’ claims to the contrary, their opposition to crisis pregnancy centers makes it apparent that these organizations do not support a woman’s ‘right to choose’ if that choice involves an informed decision to not pursue an abortion.

No wonder NARAL refers to ultrasounds as “unnecessary” in its survey.

The candidate surveys distributed by Planned Parenthood and NARAL make it clear that these organizations are promoting a radical pro-abortion agenda that wishes to undermine the rights of parents and healthcare providers, and restrict the ability of pregnant women to make informed decisions about their pregnancies.  As the election nears, Washington voters must educate themselves on which candidates share the abortion lobby’s agenda.

FPIW’s Washington voter guide is scheduled to be released in early July.

Blaine Conzatti writes for the Family Policy Institute of Washington, where this article appeared May 26, 2016. Republished with permission.