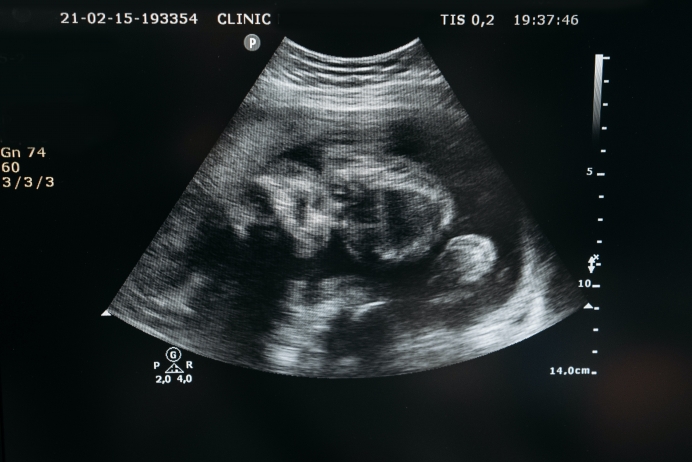 Three advocates for pregnancy help shared details on the radio about the life-saving protocol that gives a second chance to women who have started chemical abortion and experienced regret.

Chambers is executive director of Advocacy for Children at Focus on the Family.

Delgado is president of the Steno Institute, Delgado Medical Consulting, and medical director of Culture, of Life and Family Services at San Diego County Medical, as well as medical advisor to Abortion Pill Rescue® Network (APRN) and a board member of American Association of Pro-Life Obstetricians and Gynecologists (AAPLOG).

Godsey is the president of Heartbeat International, which manages the APRN.

Chambers spoked about Focus on the Family’s program supporting the pro-life community.

“Option Ultrasound is a program to get lifesaving medical equipment into pregnancy centers,” she said.

Chambers also noted training grants for ultrasound staff as well as abortion pill reversal (APR) for nurses, “So they can really intervene in a woman’s decision for life or abortion. Anything we can do to really help educate young woman so they can choose life.”

Chambers discussed Option Ultrasound’s 17 years of pro-life work and then noting the collaborative work with Heartbeat International specifically regarding APR, she shared the story of Wisdom, a teenage mom who, along with her precious daughter Queen, was reported on in Pregnancy Help News.

“She was 17 years old, super intelligent in fact, was on her way to being valedictorian and had her unexpected pregnancy,” Chambers recalled. “So, like many young women, she panics, thinks, ‘how do I fix this?’ And so, she went down the road of a chemical abortion and took the first pill.”

Ultimately, the APRN helped Wisdom move toward a healthy delivery. The new mom was also able to continue pursuing her dream to attend college.

“You know, one of the things that breaks my heart is that these young women have no idea what this is going to do to their bodies,” Chambers said. “And so, they are not being seen by a medical professional.”

“Although I disagree with abortion, I disagree vehemently with a self-managed abortion,” she said, “especially when that young woman doesn’t know what’s going to happen in her body.”

“It makes me wonder how many of these young women have lasting effects in their bodies,” Chambers said, “or their reproduction could be completely altered by taking this pill and there’s no physician or nurse who is overseeing this.”

“A second chance at choice for pregnant women”

The broadcast continued with Dr. Delgado discussing APR, which he refers to as, “A second chance at choice for pregnant women.”

Looking at some countries in Europe, he said, for example, Scotland, 80% of all abortions are medical abortions and in some other countries it’s 80% to 90%.

“The way mifepristone works is that it’s a progesterone receptor blocker, and we know that progesterone is essential for a normal pregnancy,” he said.

“When progesterone receptors are blocked, progesterone cannot carry out the good things that it does, including keeping the placenta well adhered to the wall of the uterus,” said Delgado. “When the placenta starts to peel away, the baby loses its nutrients, its hydration and it dies.”

Asked about first discovering the APR protocol, Delgado said, “It was a God moment. I was in my office in San Diego, seeing patients one day and I got a call from a sidewalk counselor by the name of Terri Palmquist.”

Palmquist had received a call from a woman in El Paso, Texas, who had taken mifepristone and changed her mind.

“She wanted a second chance at choice,” said Delgado.

“Terri was calling to see if I had any ideas on what I could do to help this woman,” Delgado continued. “Well, I had never heard of anyone reversing medical abortions at that point, but I had to use progesterone quite a bit during pregnancy, in order to help women with low progesterone levels, a situation called threatened miscarriage.”

“She used it and the baby was saved”

The idea came to his mind to try giving extra progesterone.

“So, the Holy Spirit put the idea in my mind, well, this is an analogous situation to a threatened miscarriage,” said Delgado.

Delgado called another physician he knew, Dr. Jonnalyn Belocura, and presented the idea to her.

“She accepted it,” Delgado said, recalling the details of the 2009 case. “She used it and the baby was saved.”

Asked about the doses and possible side effects of progesterone, Delgado replied said these can include sleepiness, sometimes a small change in mood.

Delgado was asked about success rates of the protocol and any other issues.

He offered information on the 2018 peer-reviewed study showing that up to 64%-68% of the pregnancies were saved through APR, that there was no increase in birth defects with the treatment and also a lower preterm delivery rate than the general population.

Regarding the role ultrasound plays in patients choosing life, Delgado said that when women go to an abortion center, they often don’t show them the ultrasound image of the preborn baby. And sometimes the women don’t want to see it.

“However, once they’re starting to consider reversal, when they see that baby on the ultrasound, that makes a psychological connection and really a physical connection,” he said.

“That bonding is very, very important,” Delgado explained. “We see women who start to cry immediately, and they’re cries of joy, cries of sorrow and remorse, but it gives them great hope because now they know they have that second chance at choice.”

“There is no evidence that progesterone causes birth defects. Progesterone is not only safe, but it’s helpful, incredibly helpful”

Delgado addressed the question of risk of preterm labor or birth defects.

“There is no evidence that progesterone causes birth defects,” Delgado explained, and the FDA had given the seal of approval to using progesterone in pregnancy in 1999.

“Mifepristone has not shown to cause birth defects, although it does kill the pre-born baby,” said Delgado. “Progesterone is not only safe, but it’s helpful, incredibly helpful.”

“I think that women are hardwired to protect their young,” Delgado stated. "There’s no doubt about that when they go against that hard-wiring, they’re extremely conflicted.”

Godsey was then asked about Heartbeat International, which officially began in 1971 and is celebrating its 50th year.

He explained the work of Heartbeat International.

“We need to help these women, so they don’t feel forced into an abortion,” Godsey said. “And that is the pregnancy help community.”

Tweet This: “We need to help these women, so they don’t feel forced into an abortion. And that is the pregnancy help community.”

“We’re better together,” he said. “The local centers really focus on their community and so pregnancy help looks different. It’ll look different in Indiana or the Midwest than it might look in the Northeast or the South or in the West.”

“There’s all those resources and trainings that we work to do that our team at Heartbeat which has about 400 years of experience combined in the pregnancy help work,” stated Godsey.

Reflecting on the history of the pro-life movement and Heartbeat’s role, which has led to many gains, Godsey said, “Today for every one abortion clinic there are four pregnancy help centers.”

Asked about the APRN, Godsey replied, “That was an exciting thing for us.”

Godsey recounted how Delgado, “the pioneer of this work,” reached out in 2017 inquiring about the possibility of fostering growth for the APR protocol.

Delgado had gotten busy enough where help was needed fielding phone calls, and Heartbeat had its 24/7 pro-life contact Option Line.

Delgado was also in need of database help and Heartbeat had just launched a pregnancy center solution which allowed creation of a virtual center in a digital environment.

Heartbeat began managing the APRN in 2018.

“We’ve grown the number of nurses,” he continued. “We’ve created some tools and processes, and we just have been very grateful for Dr. Delgado’s confidence in us to do that and are blessed that he continues to work with us even on our medical advisory team.”

Godsey then reflected on the effectiveness of the pregnancy help movement.

“Our friends a Charlotte Lozier counted,” he said. “We serve about 2 million women every year at the pregnancy help centers across the country.”

Godsey expressed gratitude for the success of abortion pill reversal, and its life-saving benefit for women.

“In the abortion pill reversal, we are actually altering the path from the midst of an abortion,” stated Godsey. “And that is new. That is dynamic. And that’s amazing. And we thank God that He has provided not just pioneers like Dr. Delgado, but this process that we can successfully help her walk that path.”