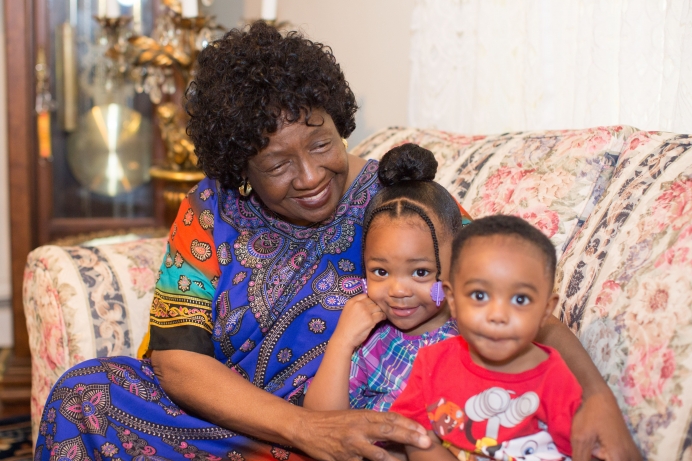 The recent Fulton v. City of Philadelphia Supreme Court ruling has been celebrated as a win for religious liberty, but also considered a qualified victory based on a decision that did not go far enough in protecting people of faith.

SCOTUS did not adequately address the issue at hand and faith-based institutions will face the same threat going forward, some say. But they will take the victory in the meantime and continue in hope, because ultimately for people of faith, hope comes from the Lord.

“It is always time to be saying our hope really is and must be in the Lord,” Heartbeat International President Jor-El Godsey told Pregnancy Help News.

The Court handed down its Fulton v. City of Philadelphia ruling June 17. In the unanimous 9-0 decision, the Court held that the city of Philadelphia had violated the First Amendment free exercise rights of Catholic Social Services (CSS), The Daily Citizen reports. CSS had operated as a foster care agency for the city until the city removed the Catholic agency as a contractor for refusing to certify same-sex couples as prospective foster parents.

Heartbeat also upholds God's plan for sexuality, that marriage is between one man and one woman, and that sexual intimacy, children, unconditional, unselfish love, and relationship with God must go together.

Heartbeat Vice President of Ministry Services Betty McDowell said that this was a spiritual battle and faith-based pregnancy help organizations will continue to find and support foster care and adoption agencies that espouse biblical principles.

“We will celebrate the SCOTUS decision knowing more battles are ahead,” McDowell said.

Tweet This: “We will celebrate the SCOTUS decision knowing more battles are ahead”

“We, people, have two anchors of identity,” she said, citing Genesis 1:27. “Made in His image and created male and female.”

“We live in a fallen world with a spiritual enemy who continues to attack these two anchors of identity,” said McDowell. “Any legal issue that intersects with these anchors is also a spiritual fight.”

“It’s unfortunate we will have to face battle after battle but it’s not surprising,” she said. “We will face legal and spiritual battles on any issue related to our belief that every person is made in the image of God.”

The Fulton v. City of Philadelphia case was originally brought by a longtime foster mom and a former social worker in the foster care system who had herself decided to become a foster and adoptive parent.

At the time the city terminated CSS’ contract to provide foster placement services it had some 6,000 children in its foster care system and had issued an urgent call for 300 new foster families.

CSS, in line with the teachings of the Catholic Church, holds that marriage is the union of one man and one woman, ordained by God for the good of the spouses, the good of the children, and the common good of society. Caring for the needy and upholding marriage are inseparable for CSS, as both are components of Catholic teaching. For the Church to abandon its moral teachings to be in line with the city of Philadelphia’s constraints would mean abandoning its very religion.

CSS’ religious beliefs prevent it from placing children with unmarried couples in general, and the agency does not object to placing children with single foster parents, the National Catholic Register reports. No same-sex couple had ever sought certification from CSS, but if this would have occurred, CSS said that it would refer the couple to one of the other 20 Philadelphia agencies that will place children with same-sex couples. Additionally, CSS serves all children in need, regardless of their race, religion, or sexual orientation.

The Catholic Church has served needy Philadelphia children for over two centuries, which is longer than any government, whether federal, state, or municipal, according to the Religious Freedom Institute (RFI), and CSS has contracted with the city to provide foster care services for over 50 years.

While the SCOTUS decision in Fulton was unanimous, it was based on a technicality, putting it at risk of being overcome in later litigation.

Chief Justice John Roberts wrote the 15-page main opinion, saying that the city’s refusal to contract with CSS unless CSS agrees to certify same-sex couples as foster parents is a violation of the First Amendment, in particular the Free Exercise Clause, stating as well, though, that the Court was forgoing consideration of whether this also violates the Free Speech Clause.

The Daily Citizen, a publication of Focus on the Family, offered analysis of the issue:

Despite the 9-0 win, there was some division on the conservative side of the court, and ominous warnings that the decision did not go far enough and left the important issue behind this case and many other religious freedom cases for another day.

The Fulton decision can probably be better understood as 6 votes for what Chief Justice Roberts wrote, and 3 votes castigating what Roberts wrote and concurring only in the ultimate result.

Alito, joined by Thomas and Gorsuch, wanted this case to address Employment Div. v. Smith and overrule it. Smith is a 6-3 decision from 1990, written by Justice Scalia, which says that “neutral and generally applicable” laws will be upheld when challenged, even if they negatively impact religious freedom. Unless a law directly targets religion, it is usually upheld under Smith. Public criticism of Smith led to the passage in 1993 of the federal Religious Freedom Restoration Act (RFRA) in an attempt to return to the pre-Smith protections for religious freedom.

Dr. Sharen Ford, director of foster care and adoption at Focus on the Family, told Pregnancy Help News the unanimous ruling was a statement from the Supreme Court that “gives glory and honor to God, it blesses the children, and it gives Catholic Social Services the opportunity to continue to do what God has called and ordained them to do.”

However, the decision did not go far enough, Ford said.

“The decision was very narrow,” she said. “It only applies to this specific case and there are alternative routes the City of Philadelphia could take to essentially dismiss the outcome of this case and bring the agency back to square one.”

People of faith and especially faith-based organizations were hoping the justices would address the issue of religious freedom from a broader perspective, Ford added, but the justices did not do so.

“It’s as if they’ve kicked the can farther down the road on that broader conversation,” said Ford.

Nonetheless, the decision is still a win and deserves to be celebrated, she said.

“It reminds these faith-based foster care and adoption agencies to stand fast to what God has called them to do,” Ford said. “It encourages them not to give in and to remember why God called them to this work.”

“God said we’d be tested, tried, and attacked – but stand firm in what you know God has called you to do,” she continued. “This decision encourages agencies to continue forward in prayer, trusting that God will work out the details.”

Tweet This: Concerning religious freedom- “God said we’d be tested, tried, and attacked – but stand firm in what you know God has called you to do”

Focus on the Family President Jim Daly said, “that all nine justices on the Supreme Court acknowledge the value and historical precedence in allowing faith-based foster care and adoption agencies to continue operating according to their religious principles is welcome in a culture that is increasingly antagonistic toward our deeply held beliefs.”

“Churches and religious organizations have been a strong and fruitful source of finding children safe and loving homes, and they now have the freedom to do so without governmental interference,” said Daly. “We rejoice with the children who will be served as a result of this decision and pray families will partner with these organizations to serve as a source of hope for those most in need.”

Heartbeat’s leaders also looked toward prevailing in the mission of serving children and families in a continued spirit of hope, because of the decision, the commitment of those who serve in pregnancy help, and with trust in the Lord.

"The Supreme Court affirmed Catholic Social Services right to its own view, and preference for, marriage between a man and a woman,” Godsey said. “Where the need is great and growing, such as serving foster children and adoption placements, it is critical for the government to engage, not exclude, valuable faith-based agencies.”

“The SCOTUS unanimous decision reinforces the notion that helping nourish healthy family connections as a collective community concern," he said.

Tweet This: “The SCOTUS unanimous decision reinforces the notion that helping nourish healthy family connections as a collective community concern"

McDowell said the fact that this issue is getting the attention it deserves is in itself hopeful.

“The unanimous decision does give a message of hope,” stated McDowell.

She said she was grateful for those who stay in the battle, from those called to uphold human identity in the courts to those called to serve woman, children, and families.

“In the world of pregnancy help we see daily victories of lives changed - Women and children whose lives are saved and changed,” McDowell said. “We see families saved and changed. We see how what we do changes the trajectory of generations. What an honor for us to be the hope and point to hope in our generation.”