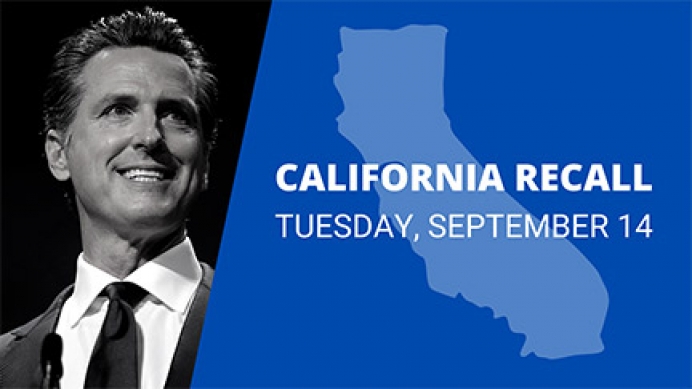 (NRLC) On Tuesday, pro-abortion California Governor Gavin Newsom faces a recall election. Opponents of the governor successfully triggered a recall election earlier this year after gathering over 1.7 million signatures, 13.8% of the votes cast in 2018. (Under California law, 12% is required to trigger a recall.)

Fearing losing his position, Newsom has invested large sums of money into his defense. He is backed by elite Democratic donors, Big Tech figures, and celebrities like George Soros, Steven Spielberg, J.J. Abrams, singer John Legend, Barbra Streisand, Jeffery Katzenberg, and Laurene Powell Jobs, the widow of Apple co-founder Steve Jobs. Pro-abortion President Joe Biden and Vice President Kamala Harris, who formerly served as a U.S. senator from California and as the state’s attorney general, put out statements in support of Newsom. The president and vice president were set to campaign on Newsom’s behalf in August until deadly suicide bombings in Afghanistan forced the event to be rescheduled.

As the recall election nears, Newsom has made abortion a central topic on the campaign trail. Throughout his time as governor of California, Newsom has supported pro-abortion legislation, including a bill in 2019 to make the abortion pill widely available on college campuses. Governor Newsom supports a policy of abortion on demand, which would allow abortion for any reason at any point during pregnancy.

Tweet This: As CA governor Newsom has supported pro-abortion legislation, including a 2019 bill making abortion pills available on college campuses

Planned Parenthood, the nation’s largest chain of abortion clinics, supports Governor Newsom against the recall effort. “There’s no question that if a Republican is elected, access to abortion in California will be restricted,” Jodi Hicks, president of Planned Parenthood Affiliates of California, said at a press conference in July.

“There was a well-known advocate for eliminating choice and reproductive rights in this country who tweeted out yesterday, ‘I just had a conversation with Larry Elder, I’m all in with Larry Elder, Yes on the recall, because he’ll appoint judges in the superior court, court of appeals,” Newsom said at an event last week.

Despite the blue trends of the state, polls indicate the recall election could be close. The final day to vote is on Tuesday, September 14, 2021.

Editor's note: This article was published by the National Right to Life Committee and is reprinted with permission. Heartbeat International manages the Abortion Pill Rescue® Network (APRN) and Pregnancy Help News.