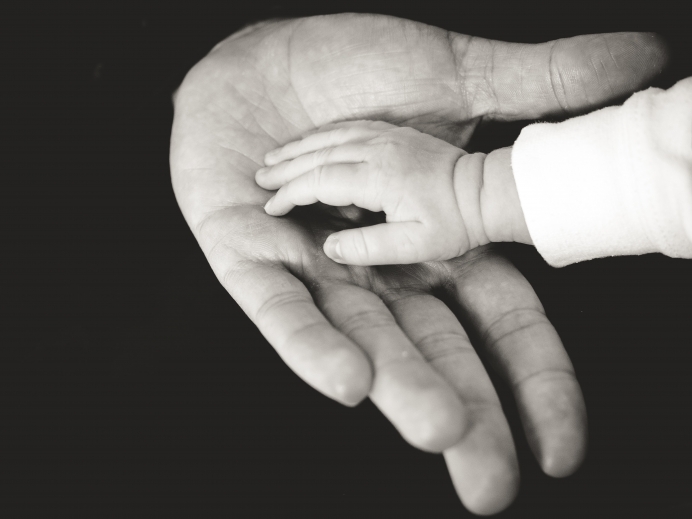 (CNA) As Colorado voters consider a ballot measure to ban abortion after 22 weeks of pregnancy, pro-life Democrats have been vocal in support, stressing its mainstream appeal and the need to give care to vulnerable human beings who can survive outside of the womb.

“When people realize abortion is allowed up to birth for any reason in Colorado most are shocked. People travel from all over the U.S. and even the world to Colorado to get late-term abortions,” Kristin Vail, vice president of Democrats for Life of Colorado, told CNA Oct. 19. “I don’t think people want our state to be known for that.”

“Every human has value and deserves to live free from violence. Late-term abortions are especially horrific because at 22 weeks fetuses can feel pain and can survive outside the womb with medical support,” Vail said. “Proposition 115 will save lives from abortion.”

Tweet This: “Late-term abortions are especially horrific because @22 weeks fetuses can feel pain & can survive outside the womb with medical support”

Proposition 115 asks voters whether to ban abortion in the state after 22 weeks of pregnancy, except in cases where a mother’s life is threatened.

A 9 News / Colorado Politics survey of 1,021 registered likely voters found 42% of respondents said they are certain to vote yes on Proposition 115, 45% said no, while 13% are uncertain.

63% of Republicans said they would vote in favor of the ban, as did 28% of Democrats and 35% of unaffiliated voters. The survey was conducted by SurveyUSA in early October. It claims a credibility interval of plus or minus 3.9%.

For Vail, it’s an issue of justice. “Abortion is just oppression and violence redistributed to someone more vulnerable,” she told CNA.

Tweet This: “Abortion is just oppression and violence redistributed to someone more vulnerable”

“Pre-born children are the most vulnerable and voiceless in our society and they are being killed by the thousands every day. Quality healthcare should be provided for everyone, including both mother and child. When the main objective of a procedure is to end a human life, our healthcare system has failed,” Vail said.

Tweet This: "When the main objective of a procedure is to end a human life, our healthcare system has failed” - Kristin Vail/Colorado Dems for Life

Dr. Tom Perille, a retired physician and president of the Democrats for Life of Colorado, also backs the ballot measure.

“Prop. 115 should pass because it appeals to the moral sensibilities of Coloradans and reflects a popular consensus when abortion restrictions are appropriate,” he told CNA. “If a baby born prematurely at 22 weeks enjoys all the rights and privileges of other Colorado citizens and is protected by state/federal law, a fetus in utero at that exact same gestational age should not be able to be legally and cruelly killed. National and state polling suggests that a majority of people believe that abortion should be restricted after fetal viability.”

“Colorado has a long history of embracing abortion rights,” Perille continued. “However, Coloradans also understand science. Most Coloradans recognize that a 22-week fetus is a fully formed, if immature, human being. They are repulsed by those who refer to this vital human being as ‘pregnancy tissue.’ Coloradans are willing to accept reasonable restrictions on abortion after fetal viability.”

During his time collecting signatures for the petition, Perille said a number of signers identified as pro-choice but thought abortions past 22 weeks were “simply too extreme.”

“I recall one woman, in particular, who said she was pro-choice, but quickly added that she was born prematurely at 28 weeks gestation. She knew what it was like to be born premature,” he said. “She was emphatic that at 22 weeks ‘It’s a baby’.”

“Democrats have historically championed the rights of the less privileged in society, those that are dehumanized, voiceless and marginalized. The viable fetus fits this description to a T. Democrats have lost their way on this issue, but at their core, they still believe in fighting for the little guy,” said Perille.

If the ballot measure passes, doctors would face a three-year license suspension for performing or attempting to perform an abortion of an unborn child beyond 22 weeks of gestation. Women would not be charged for seeking or obtaining an illegal abortion.

In 1984 Colorado voters passed a constitutional amendment banning public funding of abortions except to prevent the death of the mother. In 1998 they passed an initiative requiring parental consent and a waiting period for minors who seek abortions.

“We have had to endure a tidal wave of misinformation from our opposition on social media and TV fueled by millions of dollars from the abortion industry - who stand to lose the most if Prop 115 passes,” said Perille, who made a medical case against late-term abortion.

“If a woman encounters a pregnancy related health issue after 22 weeks, fetal viability, she may need to have her baby urgently or emergently delivered, but there is no reason or rationale to kill the baby,” said Perille. “In fact, a late abortion for an urgent or emergent pregnancy related health issue would be considered medical malpractice. It takes 30 minutes to deliver the baby and 2-4 days to perform a late abortion procedure.”

Prenatal screening for genetic and other fetal abnormalities takes place “well before 22 weeks,” he said. While it is a “very rare situation” where fetal diagnosis is not discovered until 22 weeks into pregnancy, Perille said pre-natal hospice offers “ a compassionate, life-affirming alternative to late abortion” with better outcomes for the woman’s mental health and bereavement.

Kristen Day, president of the Democrats for Life of America, told CNA the group’s Colorado chapter has distributed 15,000 brochures to Democratic voters to make the case for Proposition 115. The chapter organized a rally and phone calls.

Day said opposition to late-term abortion is very much a majority position.

“Even Democrats oppose late-term abortion. 82% of Democrats and 77% of independents and 94% of Republicans oppose third trimester abortions,” she said. “It's a very mainstream position.”

“It makes a lot of sense, especially from a Democrat perspective. We believe in healthcare for all, and making sure that everybody has the opportunity to receive live-giving care,” Day continued. “When we’re talking about a baby who is 22 weeks and could survive outside of the womb if given appropriate health care, it makes very little sense that we would end that life.”

Given Colorado’s role as a strongly Democratic state and its role in passing the first law to legalize abortion in 1967, Day said passage of a late-term abortion ban would be “huge.”

“A lot of people will vote for Prop 115 and also vote for Joe Biden,” she said.

Other abortion-related measures have not succeeded. The 2008 and 2010 Colorado ballots included two slightly different personhood initiatives, which tried to define a person under state law to include every human being from the moment of fertilization or “from the beginning of biological development,” respectively. The 2008 proposal won under 27% approval from voters, while the 2010 proposal received under 30% of votes.

Colorado Right to Life opposes Proposition 115 on the grounds it only regulates abortion and implicitly permits most abortions. The group is a former affiliate of National Right to Life, but broke from the national organization in 2007 over philosophical differences and the Colorado group’s criticism of a partial-birth abortion Supreme Court decision.

Backers of Proposition 115 told CNA that the overwhelming majority of pro-life voters are with them.

Some 24 U.S. states limit abortion based on gestational age.

Colorado Attorney General Phil Weiser, a Democrat elected to office with strong support from legal abortion advocates, has argued that the ballot measure would be overruled by Supreme Court precedents like Roe v. Wade and Planned Parenthood v. Casey.

“It’s hard to see this ban being upheld,” he told Colorado Public Radio. He argued it would be an undue burden on a woman to carry a child conceived in rape or incest.

Dr. Kristina Tocce, vice president and medical director of abortion provider Planned Parenthood of the Rocky Mountains, was also critical of the measure.

“Decisions around pregnancy must be made by a patient, their family, and in consultation with physicians, without political influence, because an all or nothing model of health care is not acceptable and especially not with the complexities of pregnancy,” she said.

Tocce said it is misleading to argue that fetuses are viable at 22 weeks into pregnancy. “There’s not a viability switch, that automatically gets flipped at 22 weeks or any gestational age for that matter because each pregnancy is unique and medical circumstances differ from patient to patient,” she told Colorado Public Radio, which reported 38% of babies born at 22 weeks survive after given intensive care.

The Catholic bishops of Colorado, the Catholic Medical Association, and a group of more than 130 medical professionals and scientists in Colorado have backed Proposition 115.

“Rest assured that your ‘Yes’ to Proposition 115 will have innumerable consequences for the lives of many children who, within their mother’s womb, count on you for life,” Archbishop Samuel Aquila and Bishop Jorge Rodriguez said in a Sept. 27 letter to Hispanics in the Archdiocese of Denver.