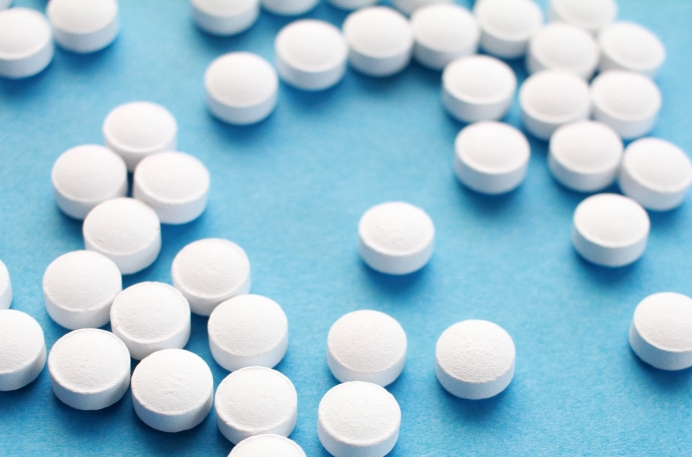 They highlight serious concerns with at-home abortions and question the FDA’s reporting system.

(NCR) Abortion groups and their allies on Capitol Hill continued an aggressive push this month for the U.S. Food and Drug Administration to temporarily lift restrictions on the abortion pill mifepristone, insisting that at-home abortions through the drug without an in-person dispensing requirement are safe.

The FDA temporarily lifted restrictions on the abortion pill in April due to the COVID pandemic prompting more widespread availability of chemical abortions. However, pro-life doctors caution that at home abortions can lead to serious complications, pointing to studies showing serious adverse effects and calling into question the FDA’s reporting system for such problems.

On Aug. 17, more than 70 House Democrats introduced a resolution expressing that “policies governing access to medication abortion care in the United States should be grounded in science and based on a scientific review of available medical evidence; and ensure equitable access for patients harmed by restrictions that have impeded access to sexual and reproductive health care.”

Rep. Diana DeGette, D-Colo., said abortion pills “have proven to be both safe and effective, yet needless restrictions are making it harder for women to access the care they need.” She said she looked forward to “working with the FDA to ensure any policies regarding the use of mifepristone are based solely on science and evidence, not politics or ideology.”

The FDA had previously restricted mifepristone under its “Risk Evaluation and Mitigation Strategies” (REMS) drug-safety program since 2000, only permitting that it be prescribed by a certified health-care provider and dispensed in a clinic, hospital or medical office.

FDA guidelines state that women should not take mifepristone if it has been more than 70 days since their last menstrual period, or if they’ve had an ectopic pregnancy, problems with adrenal glands, are currently being treated with long-term corticosteroid therapy, or have an intrauterine device (IUD) in place.

FDA data and lack of regulation

Dr. Donna Harrison, an OB-GYN and executive director of the American Association of Pro-Life Obstetricians and Gynecologists, was among the authors of a recent study looking at “Deaths and Severe Adverse Events After the Use of Mifepristone as an Abortifacient From September 2000 to February 2019.”

Harrison told the Register that the study was the result of a group of pro-life OB-GYNs requesting “all of the adverse-event reports that had been reported to the FDA since the approval of the drug.” She said they found “24 deaths, women who had died after taking the abortion drug, some of them from overwhelming infection, because both the first drug Mifeprex (mifepristone’s brand name) and the second, misoprostol, suppress a woman’s immune system.”

She said that women also died from “ruptured ectopic pregnancies” that went undetected and that there “were nearly a thousand women who had life-threatening complications,” and “the only reason they’re alive is that they got to the emergency room in time to get a blood transfusion or in time to take care of their massive infection.”

She noted that her study was only going through complications reported to the FDA, and while the FDA had formerly required that the abortion industry report these complications from 2000 to 2016, under the Obama administration, it “lifted that requirement to report so that the only thing from 2016 that had to be reported was deaths. What we have right now is a situation where no complications are being reported — only deaths.”

Harrison said that in addition to the incomplete data on adverse events, another “huge concern” with telemedicine abortion without an in-person visit is that in “many studies we know that about half of the women who come into a doctor’s office thinking that they are a certain amount along in their pregnancy, half of them are wrong, and the date has to be changed by ultrasound.”

“In any other area of obstetrics, what is being proposed by the abortion industry is malpractice,” she said. “You can’t start a treatment on a woman without giving her adequate informed consent. There is no way in creation you can adequately give a woman informed consent if you don’t know exactly how far along she is in pregnancy.”

Tweet This: In any other area of obstetrics what is being proposed by the abortion industry is malpractice- Donna Harrison on abortion pill restrictions

Tweet This: "There is no way in creation you can adequately give a woman informed consent if you don’t know exactly how far along she is in pregnancy.”

She said that if the restrictions are removed, then, ultimately, “there is nothing legally to prevent the over-the-counter sale eventually of Mifeprex, and that is the endgame of the abortion industry: to make this over the counter. It is a horrible disservice to women.”

Tara Sander Lee, senior fellow and director of life sciences at the Charlotte Lozier Institute, told the Register that “a woman may assume that chemical abortion is safer since it’s non-surgical, but if we look just at large international studies and meta-analyses, they document that complications are four times more common with abortion pills than with surgical abortions during the first trimester.”

She found it odd that lawmakers pushing for the restrictions to be lifted called for the FDA to make a decision “grounded in science — because if you look at the science that’s out there, it’s definitely showing that chemical abortion is a real danger to these women, and there are serious risks.”

Tweet This: If you look at the science it’s definitely showing that chemical abortion is a real danger to these women and there are serious risks

Lee pointed out that there are only two FDA-approved providers for the abortion pill: Danco Laboratories, for Mifeprex, and GenBioPro, which can provide the generic form, mifepristone. Abortion-drug manufacturer Danco acknowledges on its website that “about 2 to 7 out of 100 women taking Mifeprex will need a surgical procedure because the pregnancy did not completely pass from the uterus or to stop bleeding.”

Additionally, Lee said, “there have been all of these websites that are claiming to sell FDA-approved abortion drugs, so it’s a really unregulated system.” She said that “it’s going to be difficult for women to know is this an official FDA-approved one or not, and there have been studies that have shown that the ones that are not FDA-approved are even more dangerous than the actual chemical pills themselves.”

Lee noted that the U.K. lifted restrictions on at-home abortions in March 2020 amid the pandemic, and some of the data from there “gives us a preview of what the U.S. might be able to expect.”

After Freedom of Information requests, an investigation found that “the Care Quality Commission had records of 29 serious incidents resulting from chemical abortion between April and November 2020. Seventeen of these very serious complications were caused by pills-by-post, including 11 cases in which the woman went to the hospital after taking the pills beyond the legal gestational limit,” and “emergency calls for chemical abortion increased 54% when extrapolated across England and Wales, and ambulance responses rose by 19%” between 2019 and 2020. “FOI requests to NHS Hospital Trusts predict that every month, on average, 340 women using pills-by-post will end up in the hospital with an incomplete abortion, and 250 will require surgical treatment,” the investigation found.

If the FDA permanently lifts restrictions, Lee said, “we are going to absolutely see a rise in serious complications for women” taking these pills. “It’s going to open the door to increased abortion rates and decreased protections, safety and care for these women. They are just ignoring the science and the facts that are out there, and they’re relying on the FDA reporting system, which we know is inadequate.”

Dr. George Delgado, medical director of Abortion Pill Rescue* and Culture of Life Family Healthcare, told the Register that removing the in-person dispensing requirement for the abortion pill “will lead to the weakening of several protections for women,” including ultrasounds and an examination “to determine if there’s suspicion of tubal pregnancy, if the woman’s farther along in her pregnancy, if there’s preexisting infection — all things that could complicate her course that would be missed if the woman did not have an appointment.”

Another thing that could be missed, he said, “is if the woman is Rh negative, as Rh-negative women who have an abortion should get a RhoGAM shot [an injection given to Rh-negative pregnant women] to protect her subsequent pregnancies from developing antibodies that could harm and even kill future babies.”

He also said there was also “a risk of diversion and misuse of mifepristone if it’s not controlled,” like an abusive husband or boyfriend “coercing someone to have an abortion,” or using it as “a way to cover up pedophilia, statuary rape, as well as sex trafficking.”

Tweet This: There's a risk of diversion & misuse of mifepristone if it’s not controlled, like coercing abortion or covering for sex abuse

Delgado said, “We know that there’s a risk of covering all that up by allowing mifepristone to be bought over the counter or freely bought online without a lot of checking.”

Planned Parenthood is now offering abortions through telehealth in 20 states, according to NBC News. Its website states that “you can qualify for the TelAbortion research study if you live in one of the Gynuity project states (District of Columbia, Colorado, Georgia, Hawaii, Iowa, Illinois, Oregon, Maine, New Mexico, New York, Massachusetts, Maryland, Minnesota, Montana, New Jersey, Nevada, Virginia and Washington) and are pregnant and want a medication abortion.”

Additionally, in California, one company has begun to offer abortion pills online with an email exchange with a medical professional the only requirement, due to the state’s relaxed laws surrounding at-home abortions.

Another new company in Washington state, Abortion on Demand, launched in April. Its founder, abortion doctor Jamie Phifer, told Marie Claire that they “ask for a photo ID in the video portion of the visit; the ID doesn’t have to match the state they say they’re in; it just has to confirm their age.” The company works with 20 U.S. states and the District of Columbia, based on where telemedicine abortion is legal.

The pro-abortion Guttmacher Institute noted that despite the FDA’s temporary lifting of the restrictions, 19 states currently require “the clinician providing a medication abortion to be physically present when the medication is administered, thereby prohibiting the use of telemedicine to prescribe medication for abortion.”

A representative for the government affairs team at the pro-life Susan B. Anthony List told the Register that “many states recognize the dangers of chemical abortion and are taking steps to implement commonsense safeguards for women. This year, Ohio, Indiana, Arkansas, Oklahoma, Texas, Arizona and Montana either have already passed legislation or are in the process of passing legislation. We also know of nearly a dozen states that are preparing to take legislative action in 2022.”

Editor's note: This article was reprinted with permission from the National Catholic Register – www.ncregister.com. Heartbeat International manages the Abortion Pill Rescue® Network (APRN) and Pregnancy Help News. *Dr. George Delgado is the co-founder of the APRN and serves as one of its medical advisors.