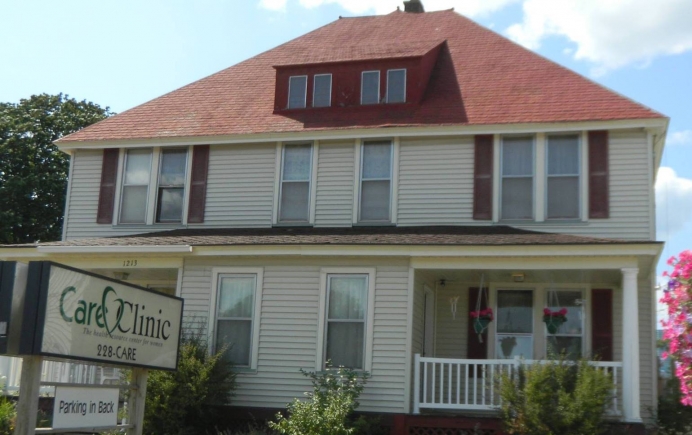 Care Clinic of Marquette Executive Director Cindy Asher is about building bridges, and though one rogue activist is trying to thwart her efforts, Asher continues the process of creating relationships with the center’s neighbor, Planned Parenthood.

Recently, a local community activist created a protest event to try and counter the Care Clinic of Marquette’s annual Life Walk on May 16, asking those who participate in the protest to give to Planned Parenthood. Interestingly, Planned Parenthood is yet to acknowledge the protest walk, perhaps because Asher has built a positive relationship with those on the other side of a massive cultural divide.

Tweet This: "God has opened a door for us. We're breaking new ground for our area, and its all based on the love approach."

Connecting with Planned Parenthood has its awkward moments, but for Asher, reaching out to those with distinctly different views is an exercise in mirroring the ministry of Jesus Christ.

“God has opened a door for us,” Asher says. “We’re breaking new ground for our area, and it is all based on the love approach.”

Asher’s interest in reaching out to Planned Parenthood—located next door to Care Clinic--began when a spokesman for the abortion giant gave a presentation in Marquette. In the attendance was one Cindy Asher, who saw an opening for communication.

Within a short time, the request was granted and a growing relationship sprang forth.

“Now, when we ask clients how they were referred to us, several of them are telling us it was Planned Parenthood,” Asher said.

Does this change Care Clinic’s mission or its efforts? Not at all, says Asher. “Our vision is about reaching out, touching lives and saving babies.”

Yet, Asher does not see Care Clinic’s mission of reaching the abortion-vulnerable and abortion-minded to be in conflict with creating Christ-honoring and possibly life-changing relationships with those just steps away from her door. In fact, because Planned Parenthood and Care Clinic are both looking to reach the same demographic, they are often in the same places at the same time.

“We are a small community,” Asher explains. “Planned Parenthood’s office manager and I see each other at all of our local civic events. We greet each other with a wave and a smile in the parking lot. I know everyone on their local staff.”

When considering this seemingly odd relationship, Asher thinks of Abby Johnson, the former director of a Texas Planned Parenthood affiliate, who walked away from her job and is now a leading advocate for life. Johnson now heads And Then There Were None, an organization dedicated to assisting those who leave the abortion industry.

“When they (Planned Parenthood) close, we want to be there for them,” Asher says.

Tweet This: When Planned Parenthood closes, we want to be there for them."

As for the protest event scheduled to compete with Care Clinic’s Life Walk, not much is happening. The organizer posted on Facebook just a couple of weeks ago, “I'm not trying to be rude or threatening, but if I can't get at least one other person to commit to attending the walk I'm going to have to cancel it.”

Since then, less than 100 people have mentioned they are coming. In the Facebook world, this could mean only a handful, if any, will actually show up to protest Life Walk.

As for Life Walk, their goal of $30,000 is not only within reach, 31% of funds are already committed online and support is beginning to ramp up. “I believe this is going to be our best Walk ever,” Asher says. “I’ve had pastors asking me to come and share about the protest and our Walk; this has engaged our people.”

“Our people love us,” Asher continues. “They want to pray for us and they will show up.”