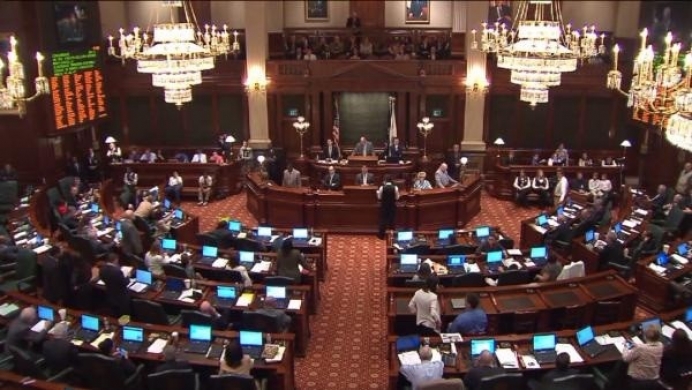 A bill that would compel Illinois pro-life healthcare providers, including nonprofit pregnancy help organizations, to refer for abortions has been brought back from the brink for the fourth time this summer, thanks to a move from its House sponsor Thursday.

Following three consecutive deadline extensions that have kept the bill alive since mid-May, Rep. Robyn Gabel (D-18th), the House sponsor for Senate Bill 1564, the Health Care Right of Conscience Act, introduced an amendment to change the bill's effective date from Jan. 1, 2016 to June 1, 2016.

Passing by a 56-53 margin, the main goal of Gabel's maneuver, she conceded, was to prevent the bill from requiring a three-fifths majority vote to pass the legislative body. Since the bill, passed April 22 by the Senate, was still under consideration by the House past a May 31 deadline, a three-fifths majority vote became necessary if the potential law was to into effect Jan. 1.

"So you are deliberately changing the effective date in order to get a lower threshold of vote count," Rep. Sandack said. "Is there any reason why you can't just bring this bill next year when we're in regular session, or in the fall?"

"This bill is ready to go," Rep. Gabel responded.

Opponents have argued SB 1564 would turn the existing Health Care Right of Conscience Act into a weapon, since it would to force pro-life medical personnel, institutions and organizations to participate in abortions by choosing to either "refer," "transfer," or "provide in writing" a list of abortion facilities to patients who request the information.

Additionally, a pro-life medical provider or organization--including the state's 48 pregnancy medical clinics--would be bound by the legislation to counsel patients as to the "benefits" of treatment options including abortion.

While pregnancy help organizations counsel clients and patients on such facts as the baby's development, and the physical and psychological dangers of abortion, the proposed legislation's inclusion of a requirement to counsel on the "benefits" of abortion has raised concern among pro-life opponents to the bill.

Although the bill requires pro-life healthcare providers and organizations to participate in abortion, it does not include stipulations that healthcare professionals, institutions, or organizations counsel patients on alternatives to abortion such as parenting or placing for adoption.

Held for its second reading as of Thursday afternoon, SB 1564 will need 60 votes in order to pass the House vote, and will need to return to its originating body before being sent to the desk of Republican Gov. Bruce Rauner.