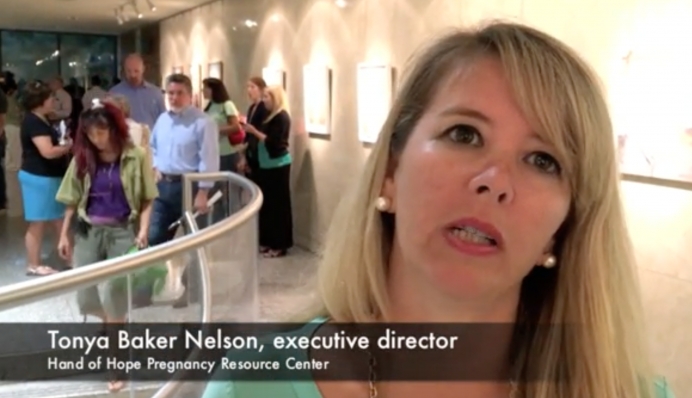 Tonya Baker Nelson, executive director for Hand of Hope, on Raleigh City Council's rejection of a rezoning request that would put her pro-life center next door to an abortion business.

On Monday night in Raleigh, the city celebrated 240 years of U.S. freedom signified in the signing of the Declaration of Independence.

Tuesday night, just 24 hours after the 4th of July hot dog eating contest and fireworks wrapped up in North Carolina’s capitol, the city council voted, 7-0, to deny Hand of Hope the liberty to relocate its life-saving services next door to an abortion clinic.

Reversing an earlier recommendation by the city’s planning commission that would have allowed Hand of Hope to rezone a house it already owns to use as its new location, the city council cited future city plans as the deciding factor in its denial, which was announced at a meeting Tuesday, July 5.

Abortion supporters, including the clinic itself—A Preferred Women’s Health Center—and NARAL Pro-Choice North Carolina have fought Hand of Hope’s relocation from a building it rents just up the street since late April, slamming the potential move as “underhanded” and “strictly an intimidation tactic” and calling for the city council to deny the request.

Tonya Baker Nelson, executive director for Hand of Hope, said Wednesday that while the announcement from city council caught her off-guard, she doesn’t intend it to be the final word.

“It was very surprising, very disappointing,” Nelson, who founded the organization back in 2005, said. “The way things came out, it felt like the people who were opposed to the rezoning had a little more insight into the fact that it was not going to pass than we did. The demeanor in this meeting was completely the opposite of what it’s been in every other meeting.”

At Tuesday night’s meeting, which had been scheduled for June 21 until a the city council sent out inaccurate information on its invitations and later rescheduled, council member Kay Crowder read off the council’s decision that, as it stands, would disallow Hand of Hope to move its ‘Your Choice’ pregnancy medical clinic to the property it already owns.

Without mentioning the conflicting missions of the abortion business and the pregnancy help medical clinic, the city council’s statement called for the property to be eventually rezoned as part of a commercial area that, while it could potentially bring in more tax revenue, was not announced until Tuesday night’s meeting.

The property line separating Your Choice and A Preferred Women’s Health Clinic serves as the cutoff point to the new zoning plan.

“The city council has certainly chosen a curious place to draw its dividing line,” Jor-El Godsey, president of Heartbeat International, which has 2,000 affiliated pregnancy help locations worldwide. “Your Choice offers women exactly that—a chance to make the healthiest choice for everyone involved in an unexpected pregnancy.”

While a legal team is in the process of determining how to challenge the ruling, Nelson is looking ahead to an expanded platform to clarify her center’s work, which includes free STI and ultrasound testing, peer counseling and more.

In the meantime, the work continues at Your Choice’s current site.

“It does give us another opportunity to get the word out on what we’re doing,” Nelson said. “On the flip side, every day that we’re not there, we don’t have that opportunity to meet that woman right where she is and help her choose life for her baby.

“To me, a delay means lives. But I also have to recognize that I am not God, and that he is firmly in control and my responsibility is just to follow his lead.”

Tweet This: "To me, a delay means lives." #NorthCarolina #prolife #PregnancyHelp