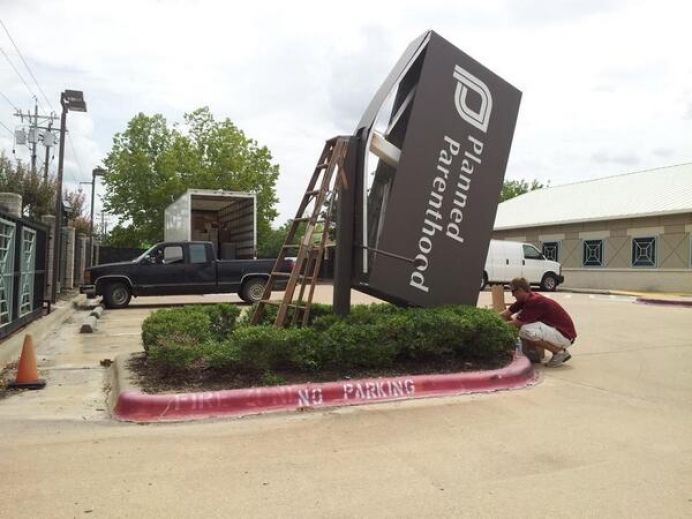 An article released Thursday by Jill Stanek pegs the number of remaining Planned Parenthood locations at 666, a number that not sits only well below the abortion giant’s high point of 938 in 1995, but catches the attention of anyone with the slightest measure of biblical literacy.

That number, 666, brings to mind one of the very few points of consensus in the most mysterious book in the Bible.

But, while Christians and other readers of the Bible agree on what the number is—a few rogue manuscripts notwithstanding—it seems to be anybody’s guess at what it means.

Even the number itself is announced with a prophetic disclaimer: “This calls for wisdom: let the one who has understanding calculate the number of the beast, for it is the number of a man, and his number is 666.” (Rev. 13:18).

For all its opaqueness, however, the epic uprising of the Beast does crystalize one singular truth: The Beast is defeated by King Jesus. And ain’t even close.

Stanek’s account is based upon a report first released by American Life Action League’s STOPP International program earlier this month, which disclosed the remaining number of Planned Parenthood locations to 668.  As Stanek points out, the recent closure of two Planned Parenthood clinics—in Battle Creek, Mich. and Issaquah, Wash.—brings the number to 666 locations.

In search of the true meaning of the remaining 666 Planned Parenthood, we may have more questions than answers. And some of our answers can end up opaque at best.

Opaque, but a clear signal that victory is on the horizon. And pregnancy help organizations are playing a major role in this victory.

Tweet This: Victory is on the horizon. And pregnancy help organizations are playing a major role.

First off, it’s helpful to point out that, while 666 Planned Parenthood locations exist in the U.S., a total of 337 of those locations commit surgical or medical abortions. The latest numbers from Operation Rescue record 739 remaining abortion facilities in the U.S. overall

Planned Parenthood’s net loss of 27 clinics in 2014, and the fact that its 327,653 abortions—over 37 per hour—in 2013 were its lowest reported number since 2001, point to the success of the diverse and allied efforts of the pro-life movement in recent years.

Again, the fact that polls—including this one from CNN.com—indicate the now-majority pro-life sentiment in American culture reveal the progress for which so many have prayed and labored in the past half-decade.

Add to this the almost daily reports of clinic closures brought about by an array of pro-life efforts—from brilliant legal and legislative strategies taking root in every corner of American life to pregnancy help organizations that provide women and families with real choice—and you start to get a clear picture of the true meaning of the numbers.

Abortion is not only becoming unwanted, it’s becoming replaced by positive alternatives.

This is the potential downfall of an industry we’re talking about here. An industry that took in $1.3 billion and cleared an astounding profit of $127.1 million in 2013.

But just like so many poets and songwriters have pointed out, “The bigger the come, the harder they fall.”

They’re falling while pregnancy help organizations are (sometimes slowly) becoming the first option for a woman or family facing an unexpected or difficult pregnancy.

Big Abortion—which once looked undefeatable—is losing its grasp on the American conscience. Big Abortion is desperate, and who can blame them?

While Big Abortion’s numbers are on the decline, pregnancy help organizations are springing up in neighborhoods, street corners and suburbs all over the country, and the world.

Tweet This: While Big Abortion's numbers are on the decline, pregnancy help organizations are spring up everywhere.

That trend line is going up, while Big Abortion’s is going down.

And, the more pregnancy help organizations become the first choice of a woman facing an unexpected or difficult pregnancy, the harder Big Abortion will fall.

What are your thoughts on Planned Parenthood's numbers? Let us know in the comments or share your story here.