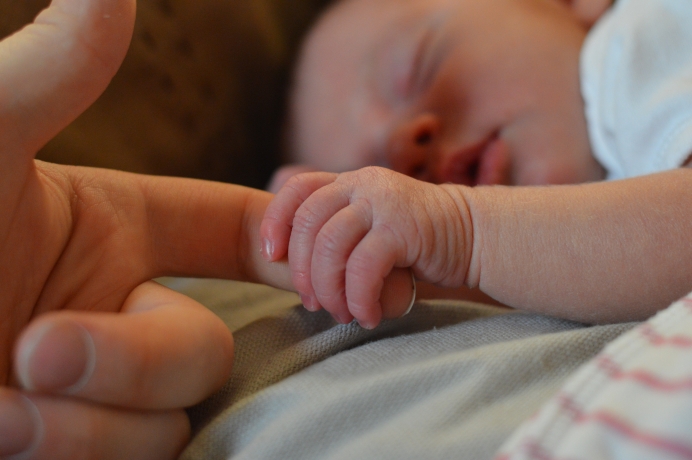 South Dakota Governor Kristi Noem (R) has signed a long list of pro-life bills into law since she’s become governor and she’s once again shown that life matters in the state of South Dakota.

It was announced on Friday, March 26, 2021, that Noem signed not one but four pro-life bills into law.

HB 1110: House Bill 1110 bans abortions based on a diagnosis or screening indicating the child may have or does have Down syndrome with the exception of when continuing the pregnancy would constitute a medical emergency and threaten the life of the mother.

Currently, some estimates say two out of three Down syndrome diagnosed pregnancies in the United States end in an abortion. However, the bill should have wide support since a recent poll found 70 percent of Americans oppose abortion based on a Down syndrome diagnosis including over half (56 percent) of those who identify as “pro-choice.”

SB 183: Senate Bill 183 is entitled, “An act to declare certain contract provisions regarding abortion as unenforceable and to provide a penalty therefor.” This bill will help prevent coerced abortion and prohibit surrogates from being forced to undergo an abortion if the biological parents try to insist on such.

The text states in part:

A provision in a contract is void and unenforceable if it in any way:

HB 1114: House Bill 1114 provides an exact definition of abortion, as well as other related terms, to prevent confusion in any bills. The bill defines abortion as specifically “the intentional termination of the life of a human being in the uterus.”

It also defines medical emergency, a common exception to abortion laws in South Dakota as, “any condition which, on the basis of the physician’s good faith clinical judgment, so complicates the medical condition of a pregnant woman as to necessitate the immediate abortion of her pregnancy to avert her death or for which a delay will create serious risk of substantial and irreversible impairment of a major bodily function.”

In its defining of abortion the bill will prevent natural miscarriages or a miscarriage resulting from providing life-saving treatment to the mother, such as chemotherapy, as being counted as abortion under any abortion law.

HB 1130: House Bill 1130 requires a physician to inform women seeking an abortion of several key aspects of the procedure including information about the “discontinuance of a drug-induced abortion” to ensure voluntary and informed consent. The bill states consent to an abortion is not voluntary and informed, unless, in addition to any other information that must be disclosed under the common law doctrine, the physician provides the pregnant woman with a written statement including, but not limited to, the following:

The bill, which can be read in full HERE, would require the pregnant woman to sign each page of the written disclosure with the certification that she understands and has read the statements before signing a consent form for the procedure.

HB 1130 makes South Dakota one of several states working to inform women of the possibility of reversing a chemical abortion once in progress.

An exception to this bill is if the physician determines obtaining informed consent is impossible due to a medical emergency to prevent delaying saving the life of the mother.

The signing of these four bills comes just after Noem signed HB 1051, which requires physicians to provide medical attention to any child who is born alive during an abortion, just last month.

Noem said in a press release of the bill banning abortion based a Down syndrome diagnosis and the other accompanying three pro-life bills:

“I look forward to the day when the Supreme Court recognizes that all preborn children inherently possess this right to life, too. Until that time comes, I am pleased to sign a ban on the abortion of a preborn child, just because that child is diagnosed with Down syndrome, as well as several other important pro-life bills.”

With a love for Jesus and a passion for protecting babies, Skyler found her way into the pro-life movement in 2016 and has helped save lives ever since. She currently serves as the Executive Director and lead pregnancy help consultant at Human Defense Initiative. Follow her on Twitter @skylerlee26.