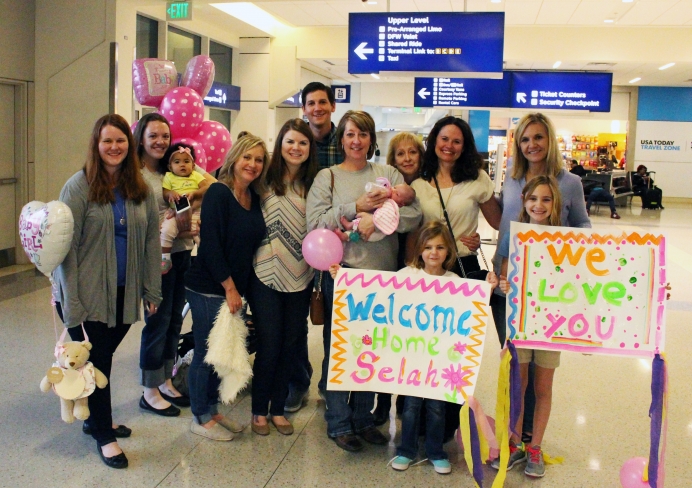 Cameron and Alisha's family and friends greet their family of three for the first time in early February. Photos Courtesy: Woodall Family

Why This Gorgeous Baby Girl Was Greeted with a Hero's Welcome

After having her hopes raised and dashed for the ninth time in a year, Alisha Woodall prayed for two things at the end of 2016.

First, she prayed God would make she and her husband, Cameron, adoptive parents in a way so unique that nobody could deny it was God himself who gave them a child. And second, Alisha begged that the next phone call they’d receive from their attorney would finally deliver the baby they had so desperately longed to hold.

Both prayers were answered by the time the calendar turned to February 2017.

Not only did February dawn with the Woodall’s crib—which had sat empty for the better part of a year—filled, but the story of how that crib became home for their newborn daughter, Selah, has divine fingerprints all over it.

Taken from a musical pause throughout the book of Psalms that calls the reader to praise God, Selah’s name is far more than a nod to an old word. It’s a testament to parents who have tasted waiting and, now especially, have plenty of praise to offer.

Married in 2010, a year to the date after they met through eHarmony.com, Cameron and Alisha had struggled with infertility for two years before pursuing adoption, starting officially when they connected with a private adoption attorney Jan. 27, 2016.

Following what has become a familiar pattern to the Woodalls, it was again a year to the date from that first discussion—Jan. 27, 2017—when Selah was finally placed in their arms.

Unlike the year leading up to their wedding, however, 2016 was an excruciating interval. Nine times, they were called with a potential match. Nine times, they prayed earnestly that this would be their child. And nine times, they felt the sting of loss when they were told it wasn’t going to happen, at least not this time.

Meanwhile, Alisha continued her work at a local pregnancy help medical clinic that offers free ultrasounds, FirstLook Medical Clinic in Waxahachie, Texas. The women who came in the door to the clinic struggling with what to do in their own unexpected pregnancy were a constant reminder to Alisha of her own palpable yearning to welcome a baby of her own.

Painful as the waiting game was, however, both Cameron and Alisha grew more and more convinced that they were on the right path. There was a “chance” encounter at a resale boutique where the shopkeeper inexplicably opened up about a family member who was considering abortion, prompting Alisha to pray for her on the spot.

Then, there was an experience with Cameron, when he felt an overwhelming need to pray right then and there for the birth mother of their baby. Both Cameron and Alisha wrote down the date—April 13, 2016, nine months prior to baby Selah’s birth.

More than any one experience, anticipating the day the empty crib would be filled brought to the Woodalls an intensifying conviction of adoption’s biblical roots as a key metaphor for salvation. At their church, they were confronted with a sermon to that effect, and they followed up by reading Russell Moore’s “Adopted for Life: The Priority of Adoption for Christian Families.”

“A lot of prayer went into this,” Alisha, whose mother was adopted, said. “As the year went along, we became more and more open to whatever God would give us. It’s really helped me to understand how important spiritual family is, even compared with the blood family we love.”

“Tell them their baby is on the way”

As the Woodalls continued to pray and wait for their baby, “Jeanette,” the mother of a small child in Southern California was finding out that she—like so many who come to the clinic where Woodall works in Texas—was pregnant with another child.

Amazingly, Jeanette reached out for help to a pro-life medical clinic in Los Angeles for a free ultrasound late in her pregnancy where she was told she was going to have a little girl. Along the way, she made plans to entrust her baby into the arms of adoptive parents.

When she read through Cameron and Alisha’s profile at FamilyBuilding.com—run by Ted R. Youmans, their adoption attorney based in Anaheim, Calif—Jeanette knew they were a perfect match.

Within a matter of hours, Cameron and Alisha were on a plane from Texas to Southern California, where they would meet Selah’s birth mother.

“As soon as we locked eyes, all three of us started crying,” Alisha said. “She said, ‘Thank you so much for doing what I can’t do right now.’ We couldn’t thank her enough. We promised that Selah would always know how much she is loved by her, by us, and by God.”

Arranging for an open adoption, where Jeanette can have as much relationship as possible with the Woodall family going forward, the trio spent over an hour together, getting to know one another and praying with each other before it was time to sign the final paperwork.

Even after the positive meeting with Jeanette, the Woodalls hit one more speed bump before they held Selah in their arms for the first time following a miscommunication between Jeannette and her attorney.

Given one more opportunity to clarify her intentions, Jeannette relayed a message to the Woodalls—who had been told the adoption was suddenly in limbo.

“You tell them their baby is on the way,” Jeannette told her attorney.

Still running on zero sleep, the Woodalls’ mini-marathon finally came to a happy conclusion 14 hours after they landed in Southern California.

“I had thought about this moment for so long, but by the time it actually came, we were so tired, the whole thing just felt so surreal,” Alisha said. “It didn’t really hit us until later that night, when we were staring at her, watching her breathe.”

All throughout the ordeal, the Woodalls were keenly aware of their family, friends and church family back in Texas, who had been praying for them since they left for the airport before the sun rose on Jan. 27. A week later, the Woodalls—party of three—received a hero’s welcome at the airport.

“She is immeasurably more than all we could ask or imagine,” Alisha said. “To know that people were on their knees praying in Texas—even throughout the nights we were gone—was so amazing, and such a beautiful way to welcome our daughter into the world.” 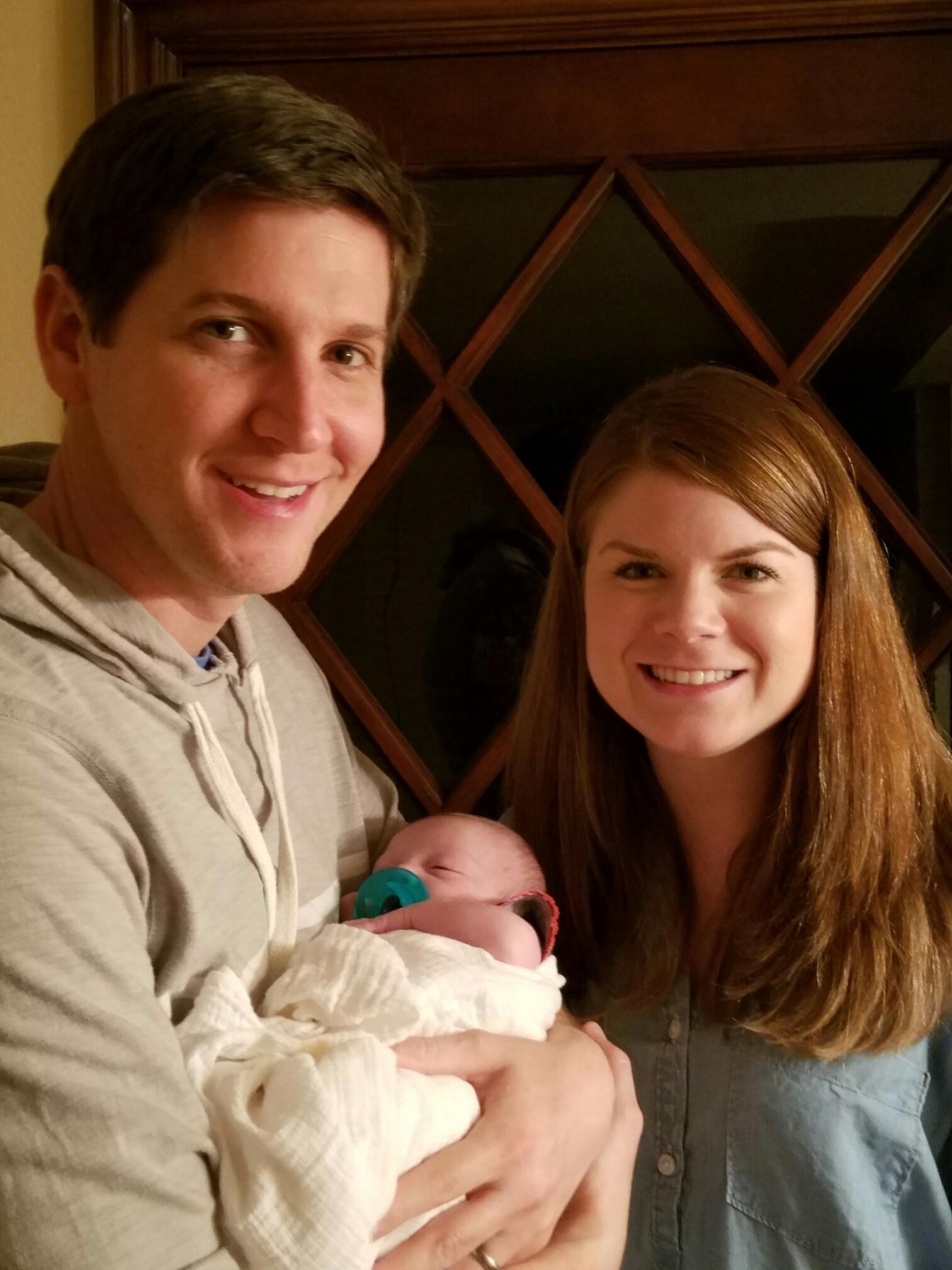 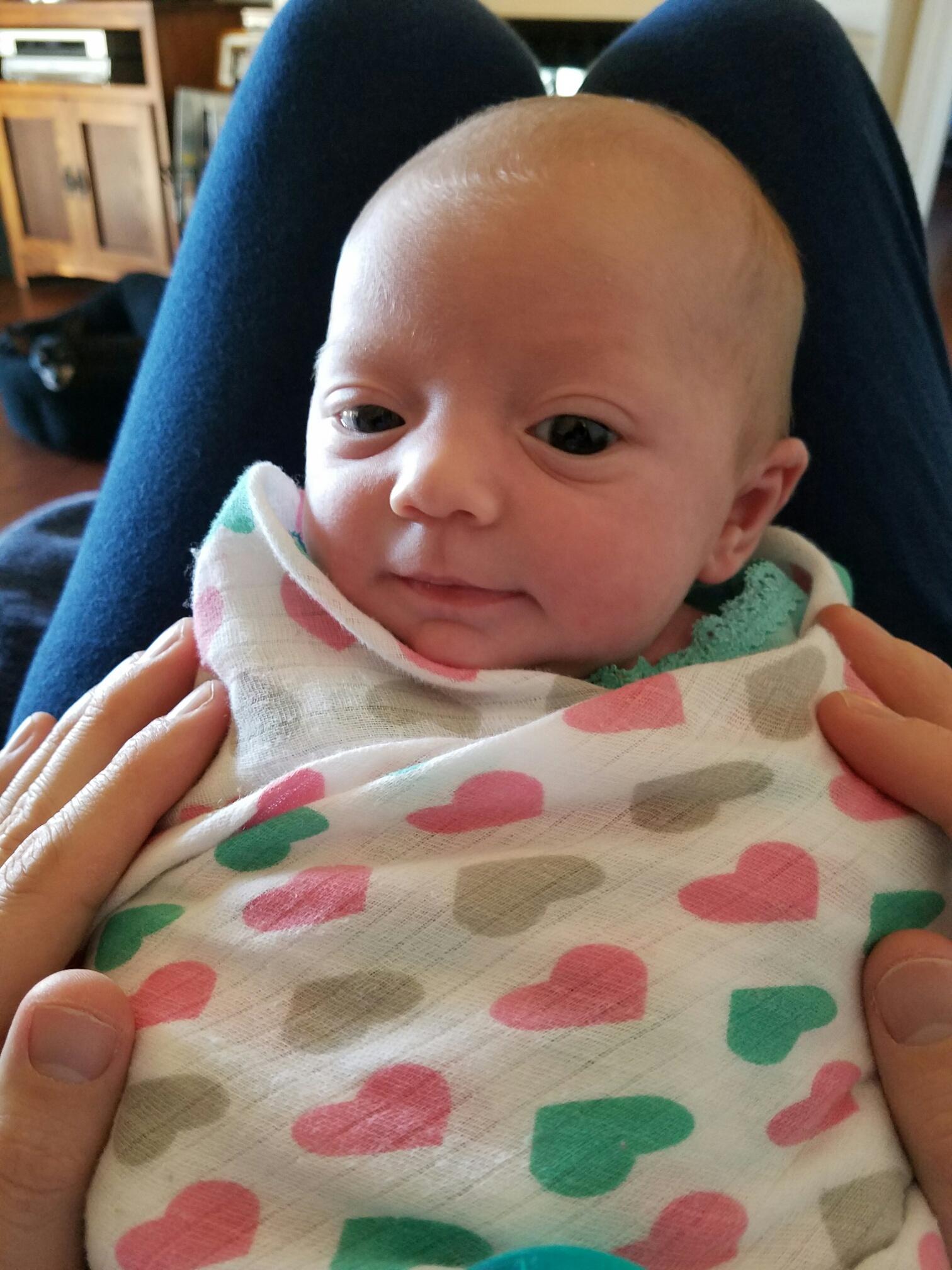