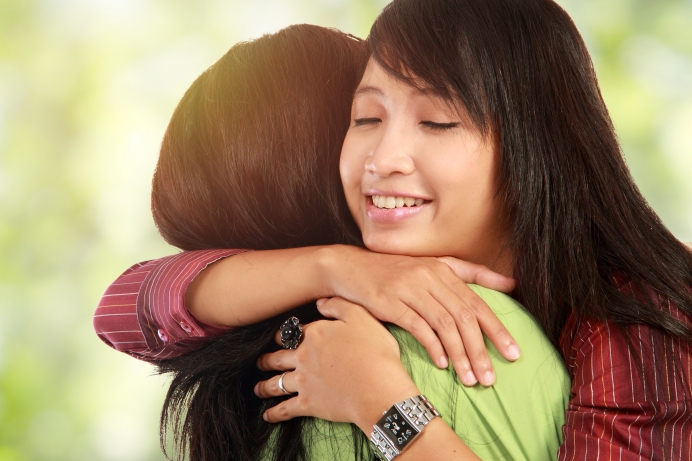 She Had an Abortion Scheduled, But One Call Changed Everything

The phone rang at a call center in Columbus, Ohio, this Thanksgiving weekend. On the other end of the line, a woman and her young daughter were in tears, barely audible as the consultant at Option Line (www.OptionLine.org; 1-800-712-HELP) answered the phone.

Choking back tears, the mother, “Karen,” told the Option Line consultant the situation. Her daughter, “Beth,” was pregnant, and the baby’s father had intimidated Beth into making a decision she really had not intention of making.

At her lowest point, Beth felt she had no choice other than abortion, so she set an appointment at a nearby abortion business. The night before the appointment, Beth had second thoughts and finally told her mother what was going on.

That’s when Karen reached out to Option Line—a 24-7 pregnancy helpline that answers over 1,000 cries for help every day of the year. Time was of the essence. There was no time to wait around for an answering machine.

On the phone with Option Line, Karen struggled to gain her composure. With Beth by her side, Karen said she’d support her daughter no matter what decision she made, but with time winding down to her appointment, she couldn’t stand the thought of losing her first grandchild to abortion.

In the course of the conversation, the Option Line consultant asked to speak with Beth directly, and Karen handed the phone over to her daughter—praying silently her daughter would find the help she so desperately needed.

Terrified over the threats and bullying she’d received from the baby’s father, Beth felt her future was in the balance. If she canceled the appointment and chose life for her child, she’d be giving up a relationship with her boyfriend and—far worse—be forced to sacrifice her career goals all at once.

Those fears—which the abortion industry so commonly exploits—had compounded to effectively rob Beth’s ability to make a decision on her own.

All of that changed in just one phone call to Option Line.

By the time she and her mother hung up the phone, Beth had canceled the abortion and scheduled a new appointment: this time at a local pro-life pregnancy center, where she could get a free pregnancy test, free ultrasound, free material aid and the chance to connect woman-to-woman with staff and volunteers ready to help her through every point of pregnancy and well on into motherhood.

“We were so thrilled Beth called that night,” Nafisa Shamsher, the director of Option Line, said. “No woman should be so afraid or coerced that she feels she has no choice other than abortion. What a blessing it was to come alongside Beth in her journey.”

In a typical day at Option Line, over 1,000 women just like Beth reach out and find hope in the midst of an unexpected or difficult pregnancy. Run by pregnancy help affiliation network Heartbeat International, Option Line is closing in on answering the 3 millionth individual in its 14-year history in early 2018.

Since launching in 2003, Option Line’s contact volume has been on a steady climb—including calls, texts, live chats and emails. Expected to reach close to 350,000 individuals by the end of this year, Option Line’s 2017 total represents a 32 percent increase from its 2016 contact volume.

Tweet This: She was hours away from an abortion, when one call changed her life. #prolife @Heartbeatintl

Beyond the numbers, it’s lives like Beth’s—as well as Karen and her soon-to-be-born grandchild—that keep Shamsher and her team motivated to keep answering the call.

“Everyone wants to make a difference in this world, and it’s an absolute gift from God to play just a small role in making a difference every day,” Shamsher—who has answered well over 230,000 individual contacts since joining the team in 2006—said. “There are almost three million families who’ve found hope through us, and every one of those families is an inspiration to keep serving every day.”