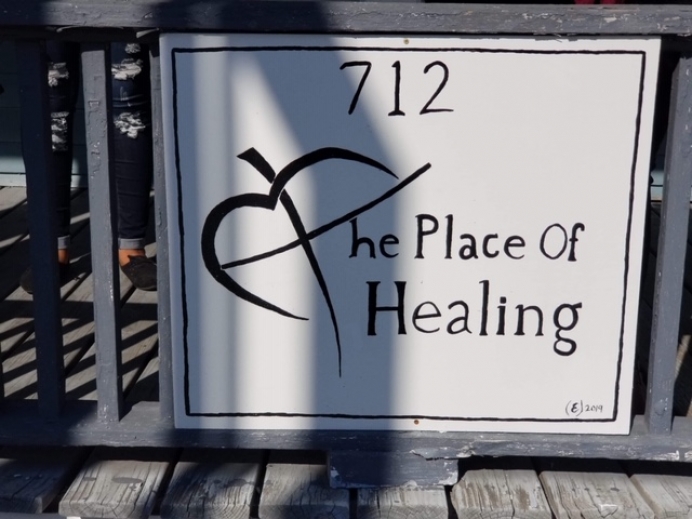 When executive director DeAndra Ketter sliced through a giant red ribbon outside The Place of Healing in Darlington, S.C., on January 30, she and the record-setting crowd were celebrating the fruition of a vision almost over five years in development. Ketter’s new maternity home will soon welcome five expectant mothers between the ages of 12 and 21 to find safety, support, and restoration.

Led by Ketter, Facility Director Helen James and Office Manager Sandra Williams, The Place of Healing will offer a wide range of services via direct care staff, social workers, and community members. Those services include mentoring, training in life skills such as money management, and relaxing craft activities designed to foster dialogue. The home will also provide transportation to school, work, and medical appointments, along with trauma-informed, faith-based group and individual therapy sessions.

Thanks to Ketter’s 12-year history with the Department of Social Services as an adoption specialist working with foster children, she has a wide network of contacts ready to send referrals her way. Some, she expects, will be women from the local area seeking help close to home. Some will be placed by their parents. Others will come through Ketter’s law enforcement contacts in nearby cities, including the police captain in Columbia, who deals with rampant sex trafficking.

The Place of Healing aims to be “home” for a young woman until she can go home strong and restored. But Ketter recognizes that “going home” will look different for the woman who makes an adoption plan and returns to start fresh, than for the woman whose hometown was the scene of her entrapment in trafficking.

“If they want to go home but don't have a home, we'll help them find a place to live, and help them find employment,” Ketter said. “The young women will also have the option to take their children home with them. For the girls who decide to relinquish their parental rights we have the local adoption agency to help place the child for adoption.”

Whatever her residents’ unique needs, Ketter said, her team will work to empower them to leave The Place of Healing equipped to live healthy and productive lives.

Tweet This: Whatever the residents’ needs, her team will work 2 empower them to leave The Place of Healing equipped 2 live healthy and productive lives

“My whole goal is to restore and provide healing,” she said. “And to let them know, ‘Just because you became pregnant, it's still okay. You still have a purpose, you still have the divine gifts God has given you. Nothing has changed. This is just a bump in the road.’”

Overcoming bumps in the road

Ketter knows all about bumps in the road.

A very personal one significantly impacted Ketter and her desire to create a maternity home.

“When I was 17, I actually got pregnant,” she said. “I remember what I felt. I remember that moment. I was going to college. I was considered the good kid of the family. Now I was exposed.”

That pregnancy ended in miscarriage, but Ketter never forgot the dread she experienced.

However, it was an inescapable calling from God persisting through her college years that ultimately compelled Ketter to move with her husband to rural Darlington and establish a maternity home there.

Ketter, a native of nearby Florence, said, “I knew the Lord was calling me back home. It's so laid back, so quiet, that this will be therapeutic for them, and nobody will know them. I believe God called me to Darlington so the girls could come there and it could be really rehabilitating to them.”

“I didn't want to come back to the Pee Dee area (region of SE South Carolina), but I knew that's where the need was,” she said. “The girls here have babies and then a lot of them don't make it out because they are considered failures: ‘You have a baby, you failed. That's it, that's all.’”

The Place of Healing aims to end that stigma.

Incorporated on January 22, 2015, the ministry acquired a one-story residence in August 2016. At that time, Ketter held a ribbon-cutting to announce the coming of the first-ever home of its kind in the area. But more bumps in the road lay ahead.

In order to house five residents, the building needed a fire sprinkler system costing thousands of dollars. Additional renovations to meet local codes and stacks of IRS paperwork began to outstrip the efforts of her crew of volunteers. Only when a fresh architect became part of the process in 2019 did the ministry surmount its last obstacles.

Meanwhile, Ketter grieved for the numbers of young women being referred to her in desperate need her maternity home’s care.

“It made me miserable,” she said. “Here I stood with this building which could have been fixed to help these young girls, and yet I felt like it was out of my hands. That was horrific. Many of the girls got abortions.”

During the delay, community skepticism mounted about the maternity home’s future. “In the midst of that I had people saying, ‘She said God said she's going to have a group home. That building’s just sitting there,’” Ketter said. “I heard them: ‘She didn't hear from God. She's crazy.’ But through it all, God has been faithful to me."

Four years later, all those skeptics found themselves on the lawn outside the fully-licensed maternity home, celebrating its second ribbon cutting.

“The mayor said this was the biggest turnout for a ribbon cutting that they've had in our area,” Ketter said. Representatives came from Darlington’s McLeod Regional Medical Center and Hope Health, along with a local judge and members of the Chamber of Commerce. Ketter’s colleagues from the Department of Social Services and other agencies attended alongside some of the adoptive families she has served.

Friends and family from as far away as Georgia filled out the crowd. “We all screamed and yelled,” Ketter said. “It was a good time.”

Once staff training is complete, Ketter will swing the doors open to the first five young women seeking healing and restoration.

She already anticipates their success: “When my girls leave, they'll say, ‘I'm thankful for The Place of Healing’—not because of me, but because they met God here, they had an experience with Jesus. That's why there's been a fight all this time to open the doors. Chains are about to be broken.”