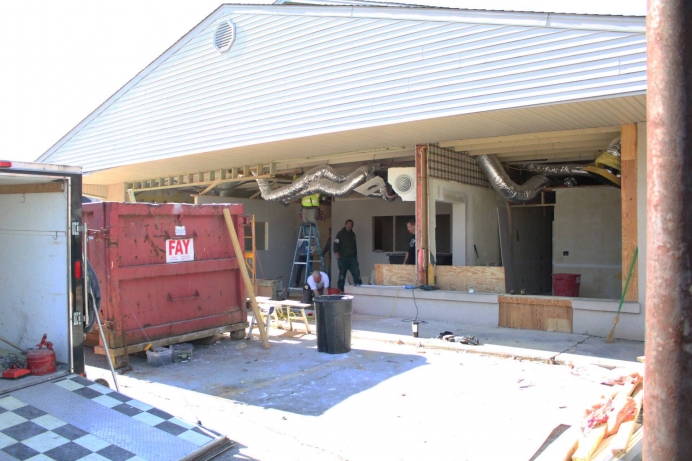 When Nancy Knowlton went to the regional health office at Tennessee Tech University as a student with a crisis pregnancy, she was offered only one option—abortion.

“We want to be able to provide services so that nobody is alone in an unplanned pregnancy,” Knowlton said. “They shouldn’t have to be."

Cookeville Pregnancy Clinic opened as Crisis Pregnancy Center in 1988 as an effort led by a Baptist church. When Knowlton heard an announcement about the center one Sunday morning, she knew she had to volunteer to save others from experiencing the regret and loss she was struggling to overcome.

Because of the guilt of her past, Knowlton felt uncomfortable working directly with clients. Instead, she drew from her experience in radio advertising to help the center reach women in the community. In time, she went through volunteer training—primarily to better understand her target audience—and eventually joined the staff as a receptionist.

As it turned out, Knowlton couldn’t hide her giftedness and heart for at-risk women very long from the front desk.

“The executive director came in here and said, ‘Nancy, you did more counseling out in that waiting room than most of us do in the counseling room. Would you get back in there [the consultation room]?’”  Knowlton said.

Knowlton overcame her fear of ministering to women and began consulting with clients, and was eventually named executive director in 1995. Since then, she’s overseen two decades worth of change as the center has gone on to add ultrasound and pregnancy testing services, while rebranding to Cookeville Pregnancy Clinic along the way.

Next up for the center, which has served over 1,600 clients so far in 2017, is a relocation effort seven year in the making. By early 2018, Knowlton and her team hope to reach and serve their clients at their newly purchased facility—twice the size of their current location and right next to the campus of Knowlton’s alma mater, Tennessee Tech.

“Now that God has opened this door for this brand-new building to have much more space to minister to more people, we can expand our services to include STI testing and we can be open more hours as volunteer staff continues to rise up,” Knowlton said. “Excitement is the only word I can use to describe the potential. Even after 29 years, it feels like we're just getting started.”

Even before they closed on the property this November, Knowlton and her team have seen major funds come in to help bolster their building project—which includes a substantial amount of renovation.

The night before the board first walked through the facility, Knowlton got a phone call from a donor saying she’d felt God lead her to give $100,000 toward the center’s relocation effort. Later that week, a local construction company reached out to offer volunteer labor to the center as part of its own 60th anniversary.

It turned out to be perfect timing, with over 50 volunteers each putting in four to six unpaid days  throughout the fall. Other local companies have pitched in substantial resources to help out with the construction as well.

“We want to just do anything we can do to help women facing a crisis pregnancy make the right decisions,” Jack Stites, president of J&S Construction, said. “You never know the influence one baby can have on the world.”

Tweet This: Nobody should be alone in a pregnancy. #Tennessee #pregnancy #prolife

For Knowlton, the upcoming move—scheduled for January 2018—will help meet a need at Tennessee Tech she’s known firsthand for three decades.

“It reminds me of the redemptive nature of Jesus Christ,” Knowlton said. “To think that He could take the loss of my child’s life through abortion and help turn that into hope and life for other women facing unplanned pregnancies. Now, there will be a voice of life and hope for women just like me.”