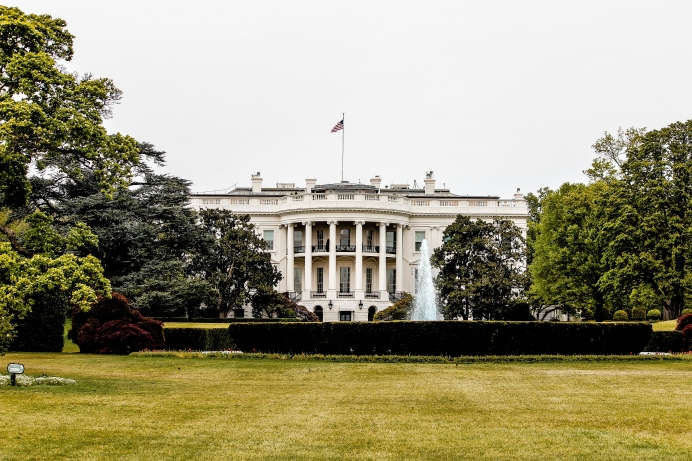 “Every infant born alive, no matter the circumstances of his or her birth, has the same dignity and the same rights as every other individual and is entitled to the same protections under Federal law,” it says.

The Executive Order on Protecting Vulnerable Newborn and Infant Children is in response to concerns that some U.S. hospitals have refused to provide treatment to vulnerable newborns, whether they are premature, born with disabilities, or born in medical distress - including being born alive after a failed abortion.

Federal protections that pertain in these circumstances include:

• The Emergency Medical Treatment and Labor Act (EMTALA), which requires that every individual who comes to a hospital emergency department receive appropriate medical screening and stabilization or transfer;

• Section 504 of the Rehabilitation Act, which prevents recipients of federal funding from discriminating against individuals with disabilities; and

• The Born-Alive Infants Protection Act, which clarifies that an infant “born alive at any stage of development” is a person under federal law.

Hospitals have refused treatment in these cases because they believe the infant may not survive, may have long-term disabilities, or they have determined the child’s quality-of-life will be “inadequate,” even though parents may plead for treatment, according to the order.

“Despite these laws,” it says, “some hospitals refuse the required medical screening examination and stabilizing treatment or otherwise do not provide potentially lifesaving medical treatment to extremely premature or disabled infants, even when parents plead for such treatment.”

“It is the policy of the United States to recognize the human dignity and inherent worth of every newborn or other infant child,” Trump’s executive order states, “regardless of prematurity or disability, and to ensure for each child due protection under the law.”

Tweet This: “It is the policy of the United States to recognize the human dignity and inherent worth of every newborn or other infant child”

Trump announced his intent to sign the order last Wednesday in remarks to the 16th annual National Catholic Prayer breakfast but did not provide further detail.

President George W. Bush had signed the Born-Alive Infants Protection Act of 2002 into law, however it lacked enforcement stipulations.

Newer legislation named the Born-Alive Abortion Survivors Protection Act was considered in both 2019 and 2020 and does have criminal penalties for health care providers who violate the 2002 law. It also would require that medical care be provided by the health care practitioner present if an infant is born alive.

The latter measure came about after Virginia Gov. Ralph Northam inferred on live radio in 2019 that in some cases mothers and their doctors have the choice to withhold medical care to newborn survivors of abortion.

The Center for Medical Progress (CMP) released video in June with sworn testimony of abortion industry officials acknowledging babies having been born alive at their facilities.

Trump’s order states that its Health and Human Services (HHS) Department will enforce the obligation to provide medical care to born-alive infants and also “prioritize grant funding” to research for treatments that may improve survival of infants who have an emergency medical condition in need of stabilizing treatment, and training for medical personnel in the provision of life-saving medical treatment for these infants.

The order directs the HHS Secretary of to ensure those responsible for programs and activities under HHS jurisdiction that receive federal funds are aware of and understand their obligations under federal law toward premature infants, infants with disabilities, and those “who have an emergency medical condition in need of stabilizing treatment,” such as surviving an abortion.

The order requires HHS to investigate complaints of violations of federal law regarding infants in need of stabilizing treatment whose parents sought medical care for them, and to take appropriate enforcement action violations of the law occur.

HHS Secretary Alex Azar lauded Trump for the order and said that it “ensures that we provide the same protections for innocent infants who are born premature or with disabilities that we provide for every other American.”

“HHS’s mission is to protect the health and well-being of all Americans, and that means all Americans—including infants born prematurely and infants with disabilities,” Azar said.

NARAL Pro-Choice America released a statement upon Trump’s announcing of the order claiming that the phrase “born alive” was, “an intentionally inflammatory term that is not grounded in medical science.”

“Who wouldn’t support providing necessary medical care to infants, whether they are an abortion survivor, they were born prematurely or with special physical needs?” Godsey asked.

“In the case of infants born alive after abortion, one need only look for who stands to profit from ending a preborn life,” he said. “And that’s Big Abortion.”

“President Trump’s order will bring nationwide practices into line with modern science and protect some of the nation’s most vulnerable children,” said SBA List President Marjorie Dannenfelser. “A growing body of research shows extremely premature babies once written off as hopeless can indeed survive and thrive with active care. Yet too often, local protocols still allow for infants on the cusp of viability to be denied lifesaving intervention – even over the desperate pleas of their parents. Whether a child receives medical care should never be dictated by an arbitrary timeline, zip code, or which doctor happens to be on duty.

“Americans United for Life applauds President Trump’s timely and necessary executive order ensuring that all newborn children receive the care they deserve, and directing new funding toward critical neonatal research,” said Catherine Glenn Foster, President & CEO of Americans United for Life. “This vital step forward will save lives and reiterates that for our healthcare system to be truly life-affirming, we must strive to welcome and care for everyone no matter their age.”

“Thank you, sir,” she said in a CBN News report. “You are by far the most pro-life, demonstrably pro-life president we have ever had. In recent times, the most courageous.”

“As someone born in an abortion clinic who did not die,” Jessen said, “I want to thank you.”