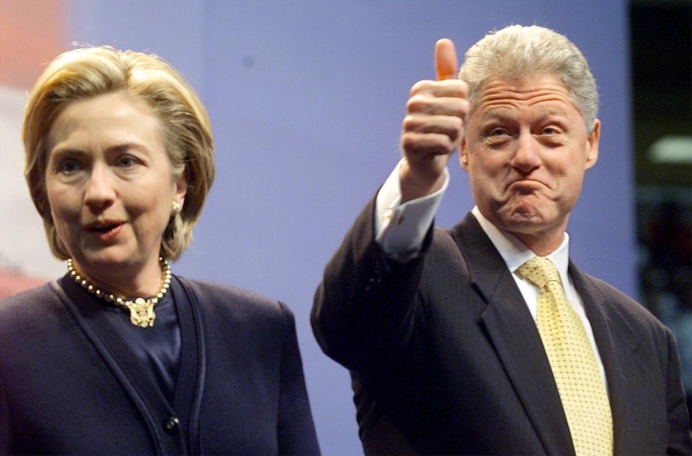 Two Elections, Two Clintons, and One Message for Pro-Lifers

Two “wake up calls” for me personally—and, I believe, for the pro-life movement—occurred mere hours after two Presidential elections: one in 1992 when Bill Clinton was elected, and the next in 2016 when Hillary Clinton was defeated.

Two days after Bill Clinton’s election in 1992, I presided over a regularly scheduled meeting of the Board of Directors for Heartbeat International, then called Alternatives to Abortion International.

The mood was somber. After eight years with conservative stalwart Ronald Reagan as president, now, we felt we would never again have a pro-life president in our country. Legislative, political, and judicial goals for our movement were dead.

How could this be happening in our country?

I led the Board in concluding that, all other pro-life avenues seemingly impossible, we, the “service arm of the pro-life movement,” had to reorganize, recommit, and save even more women and babies from abortion, one-by-one in our pregnancy help centers.

We regrouped, changed our name to Heartbeat International, and I became the first full-time staff member to “lead the charge” and fulfill what we considered to be our calling: to advance a culture of life in the U.S. and around the world, one woman and baby at a time.

We realized only later that the Lord was moving many other pro-life organizations to regroup and recommit. By God’s grace, new pro-life strategies and new energy have indeed brought significant progress and victories in legislation, politics, the courts, and in lives saved and changed over nearly a quarter century.

But still, no end to legal abortion. No end to the relativistic political correctness and fear-mongering that cries down any definitive moral or religious stand as “judgmental” or “hateful.”

Another election, 2016. Another Clinton running. Even more strident in her pro-abortion policy, Hillary publicly stated her support for abortion throughout all nine months of pregnancy—a startling escalation of her husband’s trope, that abortion should be safe, legal, but rare.

The day after Election Day 2016, I presided (again as Chairman) over a regularly scheduled Heartbeat International board meeting. This time, the mood was energizing, but cautious. The President-Elect has strongly stated his position against abortion, has proffered a list of potential Supreme Court nominees who could perhaps help overturn Roe v. Wade, and has appointed domestic policy advisors who were solidly pro-life.

Could this really be happening in our country?

Now is the time for the pro-life movement to unite around clear, concrete objectives to reduce—and eventually end—abortion, to be achieved in the next four years.

Tweet This: Now is the time for the #prolife movement to unite to end #abortion @HeartbeatIntl

We cannot make the same mistake our movement made when leaders were called into the Oval Office by the newly elected Ronald Reagan. When President Reagan asked, “What can I do for you?” pro-life leaders began arguing with each other over strategy. Reagan stood up and dismissed them, and the opportunity was lost.

Let us pray for the wisdom and grace to use this opportunity well—for the sake of our children and grandchildren and for generations to come.

And not just for the United States, but for the world. How the U.S. stands for (or against) life affects the entire world. Heartbeat’s affiliate partner from Zambia—the leader of over 100 new centers in Africa—watched the election results at our home, praying mightily, she said, because a pro-life outcome would mean many more babies could be saved on the African continent.

Let’s acknowledge our responsibility and not squander our opportunity. It’s an unexpected, and perhaps undeserved second chance, but it could be our last.

Meanwhile, life-affirming pregnancy help, as an alternative to abortion around the world, continues to grow exponentially since the first pregnancy centers were formed in the late 1960’s, and since Heartbeat itself was founded by those early centers in 1971.

In the midst of the ups and downs of elections and political and legislative action, God’s people are unstoppable as we reach out with love to make sure every woman has the help and support she needs to have a healthy pregnancy and a healthy baby.

Peggy Hartshorn, PhD, is chairman of the board for Heartbeat International, the world’s largest network of pro-life pregnancy help. She has been involved on the front-lines of serving women in unexpected pregnancies since Roe v. Wade made abortion on-demand legal in the United States in 1973.