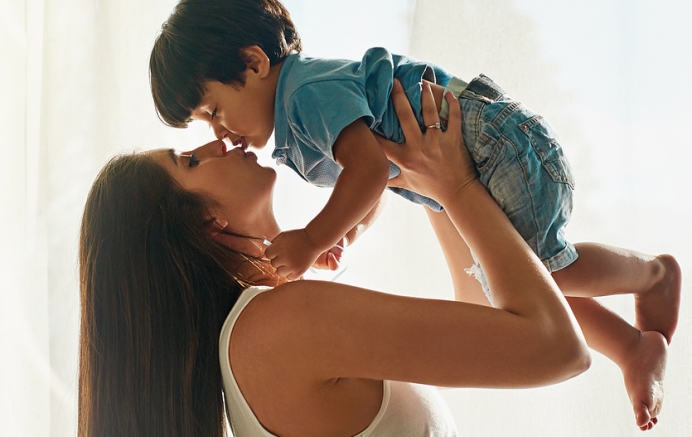 A new initiative from the U.S. Catholic Church answers Christ’s call to love one’s neighbor by encouraging parishes to come alongside women in need. The United States Conference of Catholic Bishops’ (USCCB) Walking With Moms in Need also responds to several states permitting abortion through all nine months of pregnancy and the recent increase in numbers of abortions in America.

The program was developed in time to celebrate the 25th anniversary of Pope Saint John Paul II’s Evangelium vitae (The Gospel of Life), which took place in 2020 (the document was published in March 1995).

“This has been a year of preparation,” said Katherine (Kat) Talalas, assistant director for Pro-Life Communications, Secretariat of Pro-Life Activities, United States Conference of Catholic Bishops. “We wanted to honor this anniversary and recognize this landmark document. It’s a call not only about preventing abortion through social and legal means, but also through personal service we’re called to do and the personal love we’re called to give.”

Though the program is voluntary, Talalas estimated about one-third of U.S. Catholic dioceses have started a Walking with Moms in Need program thus far and that number “is growing.” Those include the Diocese of Fort Worth which launched its program in May 2021 as did the Archdiocese of Detroit, and the Diocese of Madison began its endeavor in March 2021.

The purpose of Walking with Moms in Need is to reach out to pregnant and parenting moms who have few resources. The root is the community. Each parish is encouraged to inventory its community’s resources available for pregnant and parenting women, assess the results of that inventory, identify gaps, and then plan and implement a parish response based on the findings.

Tweet This: The purpose of Walking with Moms in Need is to reach out to pregnant and parenting moms who have few resources.

“What we know is that isn’t always a comprehensive parish plan to address what women in our communities need,” Talalas said. “We want to see, ‘What are we doing to connect as a local church with our sisters?’ That’s regardless of whether they are the same faith as us or not. What can we do at the community level to make abortion unthinkable and not just illegal? What could we do as a Church at the local level to lend a hand and offer our hearts to our sisters who are in need?”

Parishes across the country respond to the needs of pregnant and parenting women in different ways, Talalas added. There are various ministries of the church, such as the Gabriel Project and Elizabeth Ministry. Some people volunteer at local pregnancy centers, Catholic hospitals, maternity homes, and other pregnancy help organizations. Others assist or work at Catholic Charities in their communities.

Assessing both the resources and the needs is critical to the Walking with Moms in Need initiative, she said.

“We want to see what is out there and how we can fill in the gap,” Talalas said.

Tweet This: “We want to see what is out there and how we can fill in the gap” - USCCB rep on the US Bishops' Walking With Moms in Need

If a church doesn’t have a Walking with Moms in Need and parishioners want to see the program established at their parish, they are encouraged to approach their priest.

“We really want parishioners to come forward and say, ‘I want to help, I want to serve,’” Talalas said.

The Walking with Moms in Need website provides information on how to do that, she added.

A connection exists between poverty, abortion, and single motherhood.

According to the Guttmacher Institute, nearly 75 percent of women who had an abortion in 2014 were considered poor or low-income, and according to the National Abortion Federation, more than 80 percent of women who obtain an abortion are single. Additionally, the National Fatherhood Initiative indicates that children who live without a father or father-figure in their lives are 47 percent more likely to live in poverty.

Even though the 2020 U.S. Census report showed America’s poverty rate was down slightly (by 1.3 percent) and has decreased each of the past five years, the organization Federal Safety Net stated, “Families headed by a single female have a Poverty Rate of 22.2% - over five times higher than married couple families. There are 14.8 million families headed by a single mother which represent 18% of all families in America. But 3.3 million of these single mom families are in poverty which account for an astounding 50% of all the families in poverty.”

Women experiencing poverty and/or an absence of support need assistance on many levels to address these issues; Walking With Moms in Need assists in these endeavors.

“Almost all women who choose abortion are low-income and unmarried,” Talas said. “They are not only suffering financially but also relationally – they don’t necessarily have a support system behind them in terms of a loving spouse who is committed to them or even an extended family is who is able to help them. So, we know that community can step in.”

There is a role for pregnancy centers to fill and a role for the Church and community.

“You’re on the front lines … and you are the beacons of light and hope,” she said. “You offer the opportunity (for women) to see God’s love and to have hope for themselves and their children, so I thank you for all that you do.”