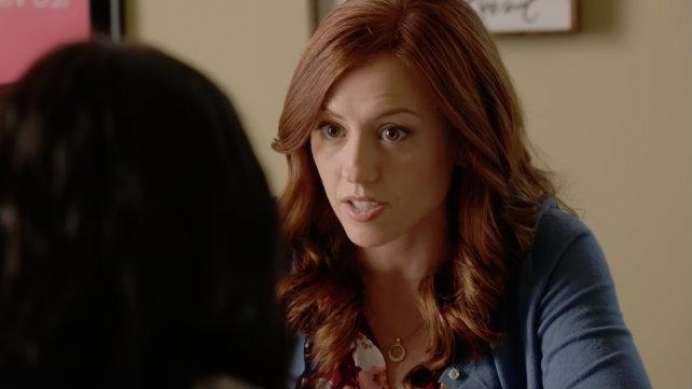 Since opening nationwide last week, Unplanned has moved up to number 4 at the box office.

Unplanned, the Road to Damascus, and the Power of a Story

While sitting in a hotel room Sunday evening, I romped through my Twitter feed, looking for thoughts and impressions on the NCAA basketball tournament. What kept popping up, however, were national figures tweeting about how they would follow UnplannedMovie, only to go back to the site’s Twitter feed and find that somehow, Twitter showed them as not following.

By Monday, Twitter somehow got it right. Unplanned’s followers jumped to more than 250,000, surpassing Planned Parenthood’s number of followers. By Tuesday, the number was more than 300,000. And up it goes.

I’m not smart enough to know whether Twitter intentionally tried to diminish the movie’s following. Perhaps it was only a glitch. It is interesting to note, however, that these “glitches” always seem to go in one direction.

This “Twitter malfunction” got me thinking about Abby Johnson’s story and its powerful impact.

While in the life-affirming community it is important to know our facts and our scientific reasoning, there is something undebatable about a story.

Abby’s story—in its most simple form—goes something like this: She truly believed she was helping women facing difficult situations. She wanted to do good. Then, on an ultrasound screen, she saw the truth of abortion.

This was Abby’s “Road to Damascus” moment. In the Book of Acts, Saul thought he was doing good by arresting those talking of a messiah, Jesus, in defiance of Jewish authorities. In his heart, he was defending the faith he held dear.

Then, he met Jesus. This moment changed everything for Saul. He became Paul and would soon be a leader among those he once persecuted.

I think I know Abby well enough to understand she would not want to be compared to the great Apostle Paul. It’s not my intention. But her story has so many parallels.

And if we read the rest of the Book of Acts, we see Paul often defending his newfound faith by...telling his Road-to-Damascus story. He could debate with the best of them on theology. But at his core, Paul started with a story about the moment which changed his life. No one could debate this.

Today, Unplanned is sweeping the country. Many who call themselves pro-choice are thinking differently about what they believe. It’s not because we’ve finally crafted the most effective debate points. (Don’t misunderstand: We need debate points. Paul used them often.)

But the reason Unplanned is so effective is because it is a story. A transparent story of one person with good intentions who suddenly—at a most unlikely time—came face to face with the truth.

Social media, news outlets, television networks, and even the abortion lobby may try to hide Unplanned from the public. But it’s not working. Because someone decided to be real with the world and tell her story.

Many of us in the life-affirming community have stories to tell, but we wonder if ours would make a difference. We need to tell these stories because while our stories may not end up in theaters, they can—and will—impact lives.

Got a story? Tell it. Because while those who oppose us will gladly throw out anti-scientific arguments and cherry-picked theology (“We can’t know when life begins!”), one thing they can’t debate is our own heartfelt story.

At its core, Unplanned is only another story. And one more story is exactly what we need today if we are to change this culture.